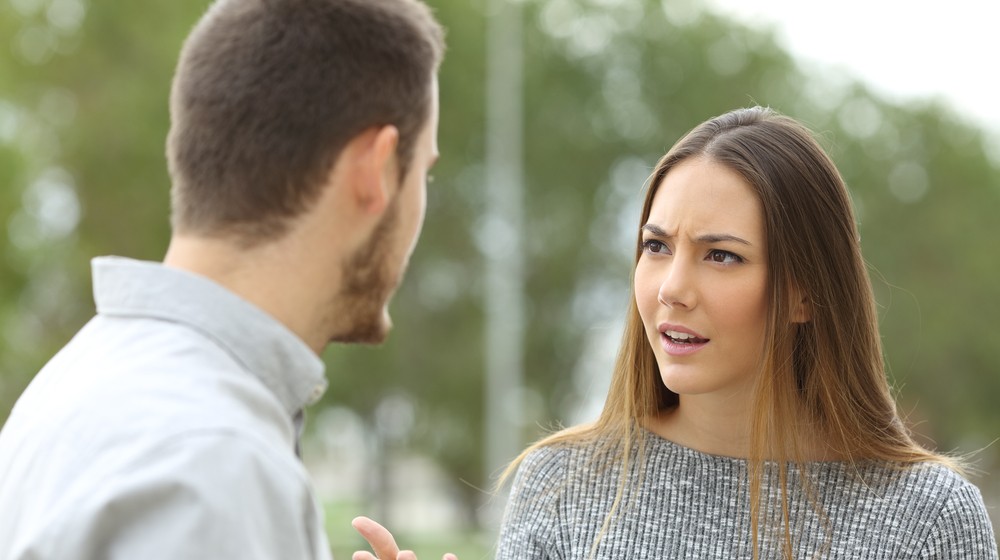 Folks like me try to coexist peacefully with others. We all presumably want to raise our kids right, earn a slice of the American dream, and enjoy a bit of leisure.

Too often though, we find ourselves in defensive postures regarding various problems in society. If we don’t offer alternative ways of navigating the hot mess of government, we’re dismissed.

A primary reason for this is that, lurking out there somewhere, is someone with a grievance.

They take their beef online and attract more people with an axe to grind. Eventually, they catch the attention of an opportunist who cobbles these grudges together into “issues.”

Otherwise known as politicians, these predators sell an entitlement mentality to younger and younger cohorts all the time, such as when they thunder, “College education is a right!”

Having all but guaranteed a comfortable life as the payoff from a four-year university degree, they feel obliged to deliver. The government they steer proceeds to hand out loans on easier and easier terms.

When tuition soars, and they wonder what should be done, folks like me connect the dots from that policy and suggest that the state should dial back its involvement.

Unmoved by this reasoning, the altruistic champions of the aggrieved declare “what we should do is forgive their loans and make college free for future students.” We’re left incredulous.

From there, naturally, we’re obliged to provide the oppressed with a sort of litigious settlement in the form of more handouts, the most notable proposal of late being a universal basic income (UBI).

It’s important, we’re told, that folks are given a regular stipend from the government. They might be able to fulfill their entrepreneurial dreams, for example.

When pressed for something more substantive, they scapegoat the job loss that will inevitably result from further automation or that has resulted from globalization.

Not to worry, though: “the rich,” in the parlance of the unfairly persecuted and their enablers, will foot the bill. If their privation was caused by wretched “globalists,” we pay via tariffs.

“If not a UBI, how would you propose we address this ‘issue’?” they inquire.

Automation and freer trade have been around for decades, and both have contributed to an overall higher standard of living.

We adjust to, and benefit from, the dynamics of both through continuing education or cultivating multiple revenue streams. Prudent saving habits help cushion the shock and grease the skids of transitions.

Otherwise, the more we coddle people with job guarantees or financial support, the more prosperity and society stagnate.

“But how can they be expected to find the time and/or money for those measures when they have bills to pay, children to raise, etc.?”

What we generally refer to as our “bills” (food, shelter, and clothing) mostly derive from basic commodities. Their final price to the consumer is artificially inflated when bureaucrats manipulate the currency.

These bureaucrats serve at the pleasure of the very politicians who leverage their constituents’ emotional vulnerabilities to gain and maintain power.

It almost makes one wonder why the Federal Reserve excludes food and energy from the Personal Consumption Expenditures Price Index when deliberating monetary policy.

“Well now you just sound like a conspiracy theorist! We can’t afford to waste time on that; the pandemic has made all this a more urgent ‘issue.’ ”

The coronavirus has certainly created a frenzy, but it was these very public officials who, to this day, needlessly make life unduly burdensome with their perverse shutdowns and restrictions.

Given the peanuts they’ve handed out from government coffers in the guise of help, the cynic might surmise that they have kept this “issue” alive as long as possible to feel needed.

“Shouldn’t the coronavirus at least compel us to expand Medicaid benefits and eligibility? We already pay for it after all.”

Insurance obscures the consumer from the real price of a service rendered. This is compounded by the fact that our premiums, or taxes in the case of Medicaid, are “jack[ed]” from our paycheck before we even see the funds hit our bank accounts.

All this fogging of price signals fuels the inflation we see today, especially since Uncle Sam got into the business.

“Do you have any ideas for how to deal with these ‘issues’ other than rolling back the programs meant to address them? Have you never seen a good outcome from any government actions?”

The dollar instability caused by the aforementioned manipulation since the early 1970s has spurred a measure of energy independence. The unlocked natural gas, moreover, that has supplanted coal as an electricity source, has contributed to the precipitous decline in emissions in the U.S. this century, precluding the supposed need for more government action or international accords like the Paris Agreement.

Christopher E. Baecker manages fixed assets at Pioneer Energy Services, teaches economics at Northwest Vista College, is a board member of the Institute of Objective Policy Assessment, a member of the San Antonio Business & Economics Society, and is a candidate for San Antonio City Council. He can be reached via email or Facebook.