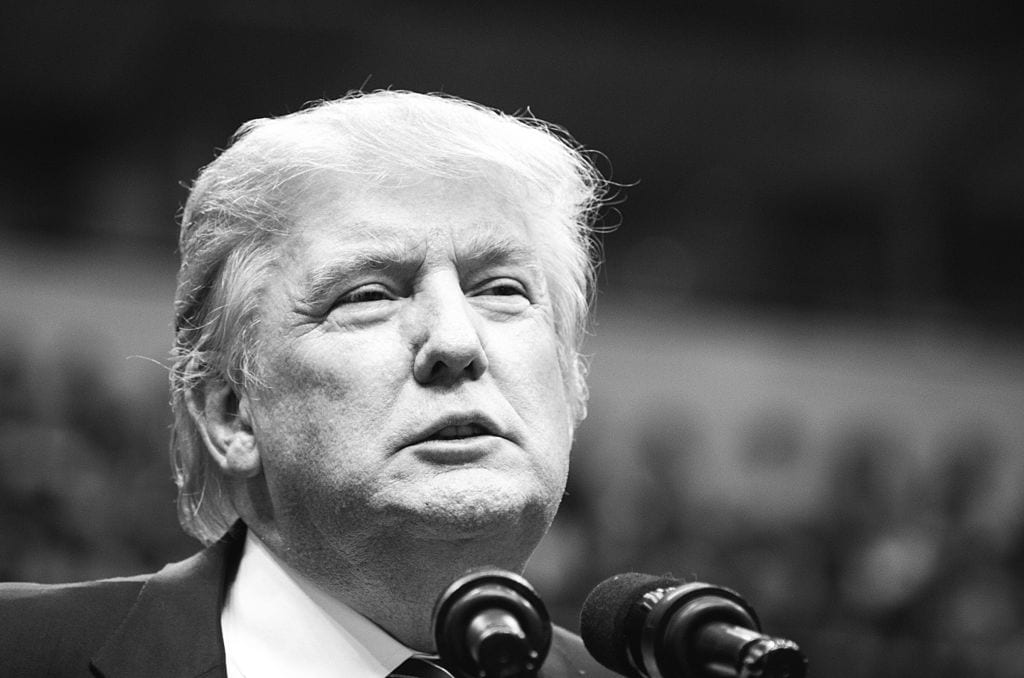 Politics, we’re sometimes told is a war of ideas. Unfortunately, those ideas, at least on one side of the aisle, seem to be that Brett Kavanaugh is a rapist and Donald Trump is a spy for the Kremlin. Instead of reading Plato’s Republic or Aristotle’s Politics, the aspiring Democratic Capitol Hill staffer might be better advised to study the movies I Was a Teenage Werewolf (1957, with Michael Landon cast as Brett Kavanaugh) and I Married a Communist (1949, with Robert Ryan playing the Donald Trump role and Laraine Day as the unsuspecting Melania).

Don’t get me wrong, ideas in politics can be wonderful things, but they can also be irrelevant. If you tell a political pro your age, sex, race, marital status, religious affiliation, education, and hometown, he can probably predict your vote with ninety percent certainty. Your political beliefs are settled long before you cast a ballot and are moved only marginally by policy discussions.

That’s why elections are about turnout, and it’s why Democrats inevitably try to inflame their base by accusing every Republican of racism, sexism, and even Putinism.

They also think farther down the road than most Republicans do. Their immigration, education, and social policies are designed to make the electorate more liberal. Liberals believe the future belongs to them, because the people who vote overwhelmingly Republican (whites, conservatives, Christians) are losing demographic ground to people who vote overwhelmingly Democrat (ethnic minorities, liberals, atheists). They suspect that Donald Trump is in a losing race with death, as white voters die off and the browning of America continues apace.

They see that transformation happening now in Virginia.

They expect to see it happening soon in Arizona, Georgia, North Carolina, and Texas.

Nearly three million more people voted for Hillary Clinton than voted for Donald Trump in the 2016 presidential election, and as political analyst Henry Olsen has warned, if “President Trump receives the same shares of the vote among different demographic groups in 2020 as he did in 2016,” demographic changes in just four years in the Midwest mean he would lose “Wisconsin, Michigan, and Pennsylvania and hence the election.”

It is not just demographics that challenge President Trump. He is facing headwinds such as few incumbents have ever faced — and with less reason. By any dispassionate measure of achievement, his first two years in office have been a spectacular success economically, judicially, and in foreign policy. But as a sportscaster said recently (in an entirely different context), “Volume beats facts every time” — and a deranged, hyper-partisan (almost beyond belief) press and popular culture (promoting how “woke” it is in every other TV ad) will have, inevitably, some eroding effect on political popularity.

Well, it is possible that the Donald Trump-Steve Bannon strategy of economic nationalism that raises all boats, including most especially those of the working class, will rally a greater majority of white blue-collar workers and a growing number of working class minority voters to the Trump standard.

That would be a great achievement. But for long-term gains we will have to do more. Conservatives will have to live up to their name.

There is a place for ideas in politics — but that place is more fundamental than many politically minded people understand. Politics is less about policy ideas than it is about shaping the imagination of the electorate and defining justice.

The reason that white, Christian voters prefer Republicans is because they have a certain conception of what America is and was — a nation founded in liberty, developed by heroic frontiersman, and guided by an admirable biblical morality.

Voters who prefer Democrats also have a vision of what America is and was — a nation marred at its conception by slavery, and marked throughout its history by racism, sexism, and genocide, and in need of continual reform.

Imagine, for a moment, that you’re an immigrant to this country. You value its economic opportunities and the rule of law. You want to be a good American. The school system and popular culture that Americanizes you teaches you that America’s history is best forgotten: it is a sordid tale of oppressive bigotry against minorities — like you. Thank goodness we’re beyond all that — and the takeaway is that to be a good American is to be a progressive, and that America is in constant need of remaking to wring out its remaining remnants of white male privilege and Christian prejudice.

For many young people, who don’t know any history beyond what is taught in school and absorbed in popular culture, the takeaway is pretty much the same. And it doesn’t help matters for soi-disant conservatives to say, “Well, yes, that’s all true — slavery, racism, sexism; it really was horrible. But, hey, Lincoln was a Republican, and, uh, John McCain and Orrin Hatch supported transgender people in the military!” That merely concedes that the “progressives” are right, that justice is on their side, and that even some Republicans — the tolerable, less deplorable ones — are with them (and that all Republicans really should be). If you wonder why “social justice” is inevitably on the Left, this is why — because we’ve surrendered the argument of justice and truth. The Right doesn’t even try to make a counterargument, but concedes everything, albeit generally with lower tax rates.

Ultimately, to win the battle for the future, conservatives need to win the battle for the past. They need to show that America’s history is a heroic story; that America’s founding was based on noble English traditions of liberty, free government, and the rule of law; that Andrew Jackson’s sense of American manifest destiny was a patriotic part and parcel of America’s emergence as a great power; that the Civil War was a tragic Iliad with heroes on both sides; that the winning of the West was just that; that the Judeo-Christian morality that shaped our culture was humane, just, and true. Yes, this history involves slavery. Yes, this history involves war. But how is it that Americans in previous generations could understand that the great human drama of the United States was something more than that, something great, something where the magnanimity of the victor allowed him to join in celebrating the heroism of the defeated (whether Confederate or Indian).

Daniel Patrick Moynihan famously said: “The central conservative truth is that it is culture, not politics, that determines the success of a society. The central liberal truth is that politics can change a culture and save it from itself.” Conservatives will never win, unless they remember their own central truth.

Historian, novelist, and former political speechwriter, H. W. Crocker III’s most recent book is Armstrong, a comic novel of George Armstrong Custer surviving the Battle of the Little Big Horn to become an anonymous, gun-slinging do-gooder in the West.