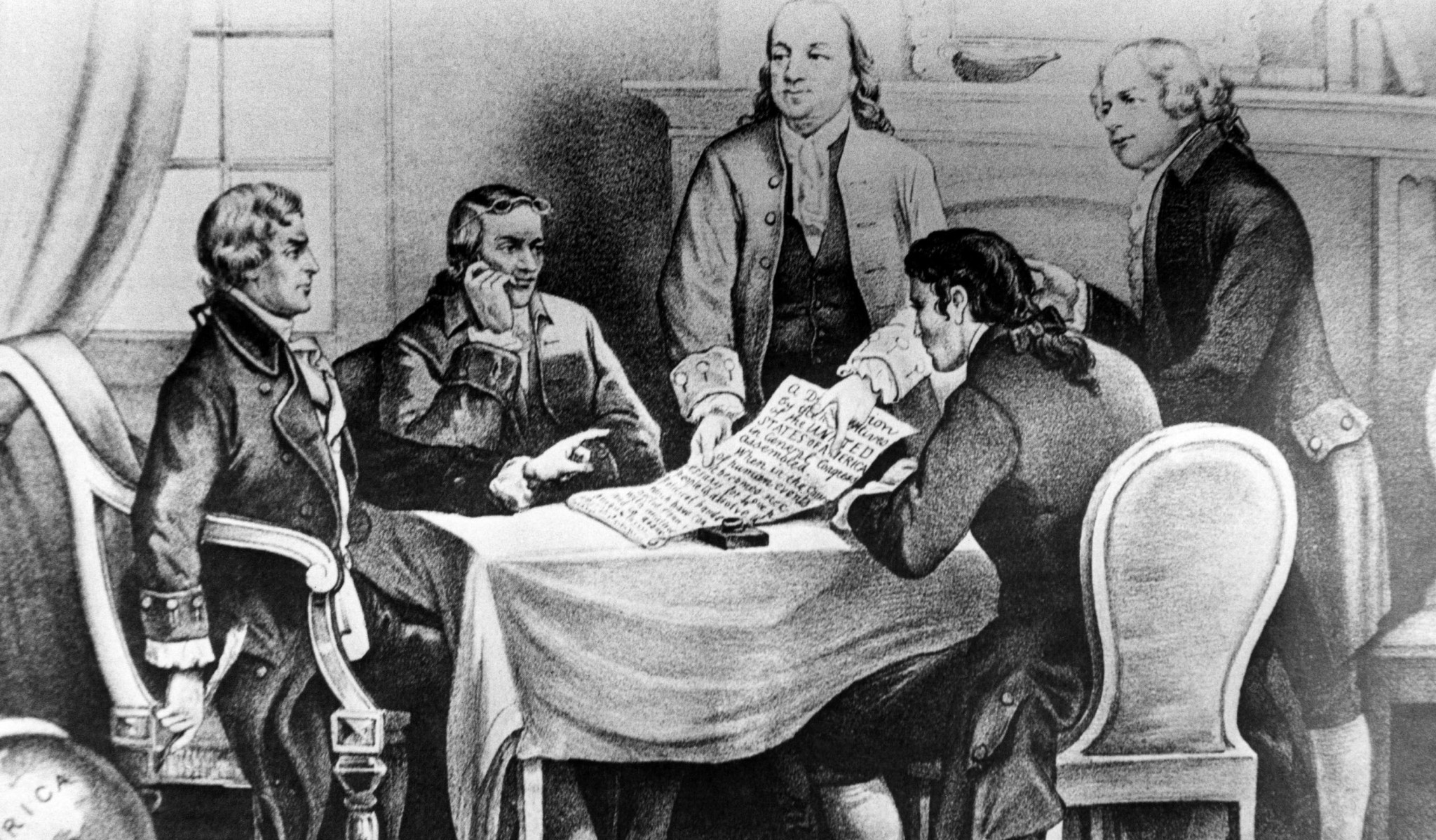 Thomas Jefferson’s statue was recently removed from New York’s City Hall. The city’s Public Design Commission voted 8-0 to remove the statue from the City Council Chamber where it has stood since 1915 because Jefferson was “a slaveholder who owned over 600 human beings.” Jefferson’s statue had been situated in the building at various other locations since 1834. In August, the South Orange and Maplewood Board of Education in New Jersey voted unanimously to change the name of Jefferson Elementary School. In April, Falls Church City School Board in Virginia voted to rename Thomas Jefferson Elementary School. In March, the Peoria Public Schools District voted to change the name of the Thomas Jefferson Primary School. Similar actions have been taken by school boards in Berkeley and San Francisco, California, Waukegan, Illinois, and Corvallis, Oregon. Several state Democratic parties have renamed their annual “Jefferson-Jackson Day” dinners that raised campaign funds in the names of two slaveholders. Thomas Jefferson, the nation’s third president and the author of the Declaration of Independence, is being canceled.

The Declaration, after all, was written by a slaveholder and is a sexist, gender-phobic, and insurrectionist document that may also offend atheists, agnostics, and Native Americans. The Declaration states that “all men are created equal” but says nothing about women or other genders. It also mentions “Nature’s God” and a “Creator,” which publicly promotes religion. It is also an incitement to insurrection when it suggests that the People have the right to alter or abolish “any form of Government,” and proclaims the right, indeed the duty, to “throw off such Government” that intends to reduce the people “under absolute Despotism.” It refers to Native Americans as “merciless Indian Savages.” And, to top it all off, the Declaration is anti-British! Recently, the National Archives and Records Administration attached a “harmful language alert” to the declaration on its website.

Most damning of all, according to one study, 41 of the 56 signers of the Declaration of Independence owned slaves.

Yet this is a document that is housed and protected as a national shrine at the National Archives museum. As a nation, we celebrate the signing of this document — it is a national holiday. Is it time to cancel the Fourth of July, too? After all, we didn’t really gain our independence on that day — it took eight years of war to win our independence. We only “declared” our independence on the Fourth of July when those slaveholders signed Jefferson’s document. Perhaps we should celebrate Independence Day on October 19th — the day that the British surrendered at Yorktown. But I almost forgot, the British surrendered to George Washington. We don’t want to celebrate the victory of another slaveholder.

And while we’re at it, there are plenty of books that praise Thomas Jefferson as a great man, especially Dumas Malone’s massive six-volume biography. Malone praised Jefferson as “a friend to mankind” and “one of the most notable champions of freedom and enlightenment in recorded history.” Should such sacrilege be permitted in public libraries? And what about the mountains of praise for Malone’s biography from such esteemed publications as the New York Times, the New Republic, the Washington Post, and so many others? They surely need to apologize for promoting the work of an author who praised a slaveholder.

Our nation is in the midst of an outbreak of presentism — defined as the “uncritical adherence to present-day attitudes, especially the tendency to interpret past events in terms of modern values and concepts.” But it is much worse than that. Today’s presentism is driven by a woke culture that uses it as a weapon to achieve political and cultural dominance, canceling those who oppose it and who value the inheritance of Western civilization. (READ MORE: Why Do They Hate Thomas Jefferson?)

The renaming of schools and the removal of statues is designed to erase the greatness of flawed men in our history. But for the woke culture and its adherents, it is not enough to identify and note the flaws of the great men and women in U.S. and world history. Instead, their names and statues must be erased from our memories, just as Stalin did to his political enemies in Soviet Russia. It is one element of the totalitarian temptation that is currently afflicting our political and cultural elites. The sooner they can erase the notion that all men are created equal under God — the great ideal expressed by Jefferson’s Declaration — the sooner they can persuade us that all of our rights come from the government and therefore can be granted or eliminated by the government. That is the road to tyranny.

5
Blog
That Wasn’t Thought Out: MSNBC Columnist Encourages People to Cut Their Cable to Hurt Fox News
by Ellie Gardey