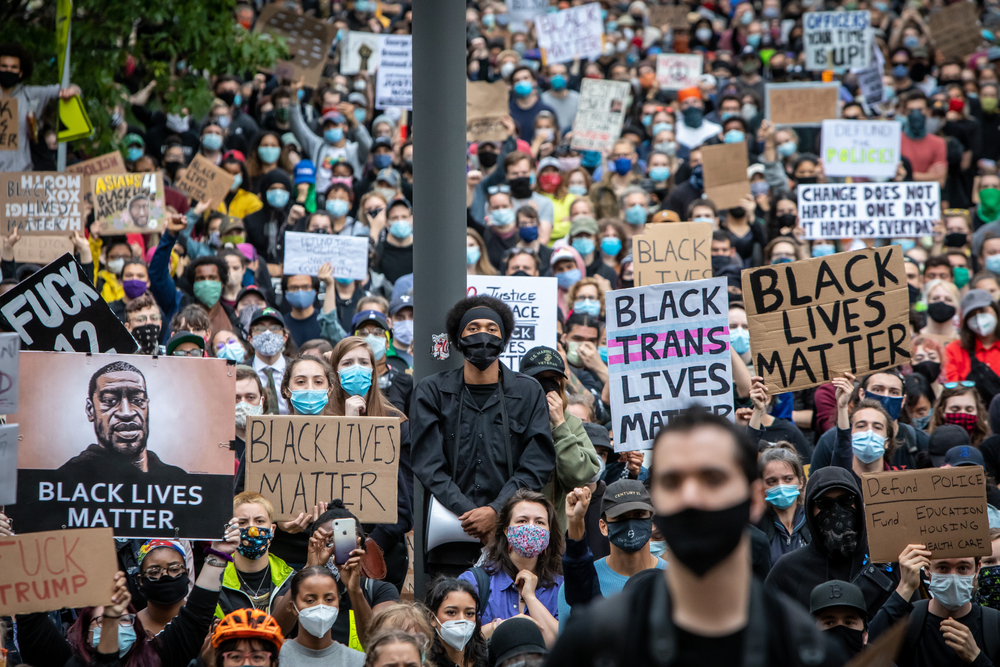 Mob law does not become due process of law by securing the assent of a terrorized jury.

On March 8, 2021, jury selection will begin in the trial of former Minneapolis Police Officer Derek Chauvin for the alleged murder of George Floyd, and the city and state governments are preparing for another round of violence, rioting, looting, and burning similar to that which followed Floyd’s death.

According to KARE11 News, “The area around the Hennepin County Courthouse is starting to look like a war zone now that the [courthouse] plaza is surrounded by metal fencing and concrete barriers.”

Here’s a cross-section of those barriers: 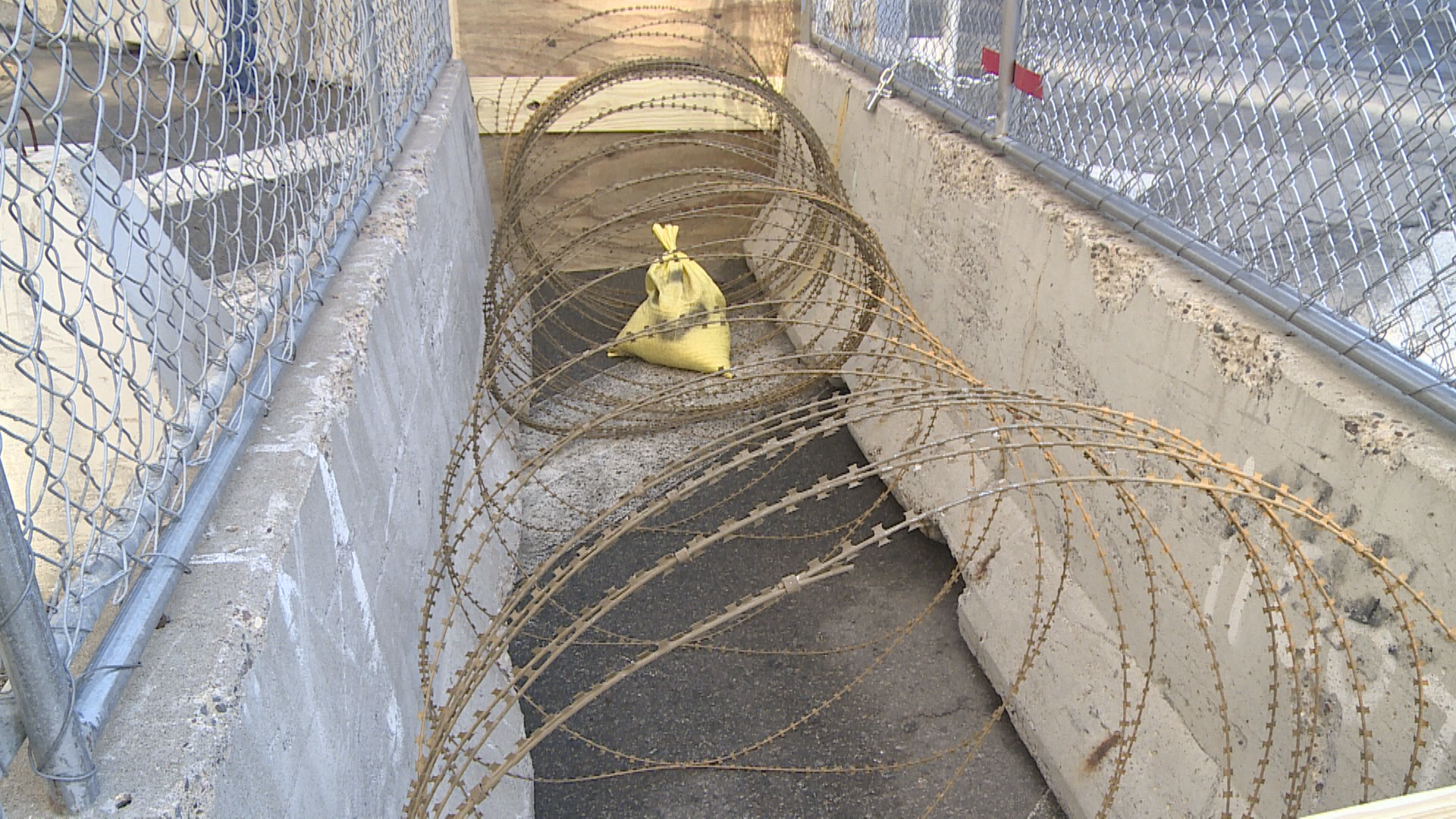 KARE11 also reports that, a few blocks away from the courthouse, the Hennepin County jail has been heavily fortified and more security measures will be put in place. These include fortification of police precincts and patrols throughout the city by the Minnesota National Guard, which, according to Minneapolis Deputy Police Chief Erick Fors, will provide “a presence and a deterrence in key business corridors.”

The Minneapolis Department of Economic Policy and Development has issued “new guidance” for business owners who “may be concerned” about security during the trial. The Department’s Director Erik Hansen stated that they are not recommending that business owners board up windows and doors, but that is an option they can consider: The Department has encouraged businesses to “check in with their insurance companies” and “really go into their policies and what is covered.”

David Rubedor of the Minneapolis Neighborhood and Community Relations Department advised that his office is holding weekly meetings with the leaders of all 70 of the city’s neighborhood associations.

“These leaders have been great partners with us over this last year… dealing with the civil unrest… and so we expect that relationship to continue as we go through the trial period,” said Rubedor.

Minneapolis’ Metro Transit is working with the city to keep riders up to date about transit delays or cancellations that might happen during the trial.

For a more detailed summary of the trial-related precautions, here’s a 39-minute video of the police briefing the media:

Minneapolis officials apparently fear that, during Chauvin’s trial, they will have to deal with a repeat of the violence, looting, and burning that destroyed much of the city following the release of selected parts of the video of George Floyd’s arrest.

“We are working to be prepared for anything that might happen,” said Minneapolis Mayor Jacob Frey. “Undoubtedly the primary flashpoint associated with this trial will be the jury deliberation and the verdict itself, and it’s really impossible at this point to know what date that will be on, whether it’s late April or early May.”

The mayor is correct insofar as an acquittal of Chauvin would undoubtedly result in a city-wide explosion of violence and destruction.

But is an acquittal even possible? Didn’t the arrest video clearly and unequivocally show in real time the police defendants calmly and deliberately murdering Floyd in broad daylight while wearing body cameras recording their every move and before eyewitnesses with video cameras? Didn’t Mayor Frey himself pronounce them guilty the day after Floyd’s arrest and demand that they be fired by the police department?

And, in the immediate aftermath of Floyd’s death, didn’t the Minneapolis city council vote to abolish the police department even as Mayor Frey knelt weeping before Floyd’s gold casket? 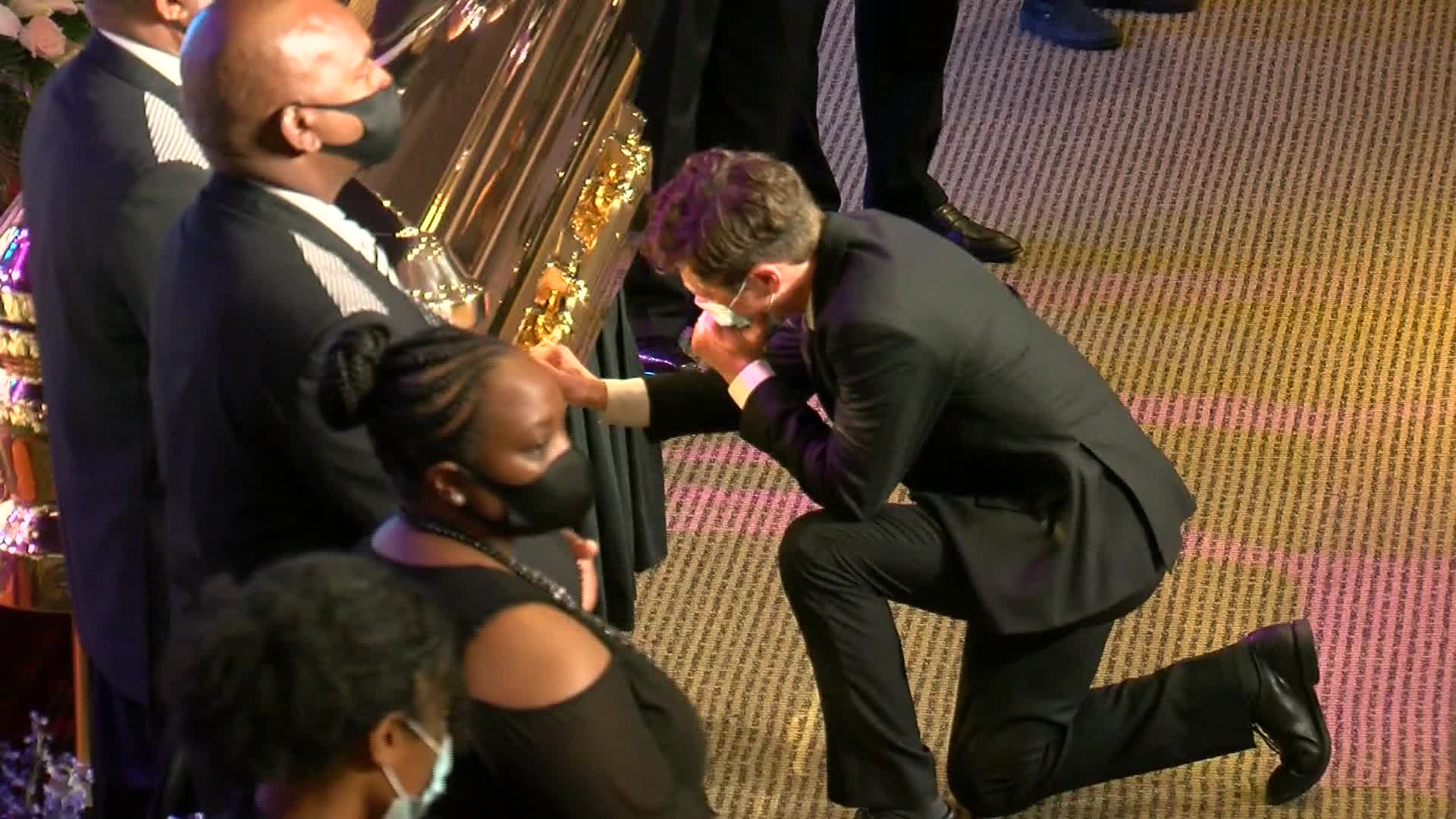 So, since Chauvin is clearly guilty and his conviction is in the bag, why are the authorities preparing for World War Three?

The answer is simple. As I have attempted to explain in several previous articles in The American Spectator (“Who Killed George Floyd?,” “The George Floyd Fall Guys,” and “Minnesota v. Derek Chauvin et al.: The Prosecution’s Dirty Little Secret”), in sharp and devastating contrast to its widely broadcast and selectively edited version, the full and complete arrest video and the findings at autopsy combine to make a compelling defense case that the police did not kill Floyd.

As depicted in the unedited video, Floyd repeatedly shouted that he couldn’t breathe well before he was on the ground with Chauvin’s knee on the side of his neck. This occurred because, as found at autopsy, Floyd’s lungs were filled with fluid brought on by a lethal dose of fentanyl, which depresses respiration and is known to cause pulmonary edema.

Further to this point, I was privileged to narrate a video analysis of Floyd’s arrest (linked to here) produced by Centaur Film Works, which will walk you through the evidence that undercuts the prosecution case.

Nevertheless, since those articles and that video analysis, the prosecution’s prospects have grown dimmer.

Despite vigorous opposition by the prosecution, the court has granted the defense motion that Chauvin’s trial be televised. In other words, the defense wants the world to see all the evidence, and the prosecution doesn’t. Why? Because once you get past the heavily edited and misleading video evidence and review all of the relevant proof, it becomes clear that the police did not cause Floyd’s death.

More importantly, despite its legal obligation to timely provide the defense with exculpatory evidence, the prosecution delayed production of a devastating FBI 302 report (linked to here) of a July 8, 2020, interview of Hennepin County Medical Examiner Andrew Baker regarding Floyd’s autopsy. The prosecution didn’t cough up this 302 until October 28, 2020, at which time the defense learned that, in the 302, Dr. Baker “defined the mechanism of death as Floyd’s heart and lungs stopping due to the combined effects of his health problems as well as the exertion and restraint involved in Floyd’s interaction with police prior to being on the ground” (emphasis added).

Here are some other quotations from the Baker 302:

There’s more, but you get the idea. No wonder the prosecution was reluctant to produce Dr. Baker’s 302. One is left to wonder at the size of the laundry bill for the prosecutors’ underpants after it landed in their inbox.

Now, as you can see, before a fair and impartial jury, Derek Chauvin would have more than a fighting chance at acquittal. But that assumes that a fair, impartial, and unintimidated jury can be drawn from amidst the traumatized population of the Hennepin County war zone.

How can Chauvin even remotely hope to receive a fair trial before an impartial and non-terrorized Hennepin County jury when the previously burned and looted city of Minneapolis appears to be primed to explode if Chauvin is acquitted?

Is there a rational juror who would ever vote to acquit Chauvin knowing that doing so would subject the juror and the juror’s family, friends, property, and peaceful existence to threats, harassment, and mob violence?

This is not some remote concern. A potential juror need only look at the draconian preparations being taken by the authorities to readily understand the very real and imminent threat of violence and destruction should there be an acquittal.

Having tried more than my share of highly contentious and high-profile cases under difficult circumstances, it is my less-than-humble opinion that there is no conceivable possibility that Derek Chauvin can receive a fair trial in Hennepin County, simply because it will be impossible to seat an unintimidated jury free from the threat of mob violence. Conducting a trial under these circumstances will serve only to put a thin veneer of pretend due process on what in reality will be a legalized lynching based on a verdict rendered by a properly and quite understandably terrorized jury.

It’s time to call a halt to this farce and to move Derek Chauvin’s trial to a venue far away from the war zone formerly known as Minneapolis.

George Parry is a former federal and state prosecutor. He blogs at knowledgeisgood.net and can be reached by email at kignet1@gmail.com.