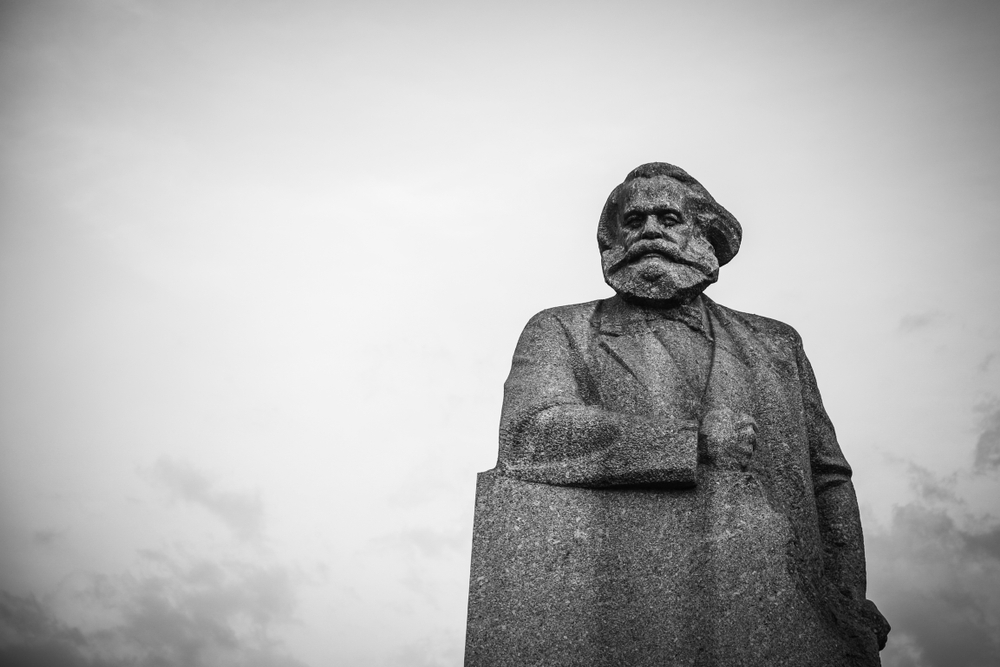 My father-in-law, Bob Baillie, a wonderful man and maybe the best storyteller I ever knew — in a way that only an Aussie could be — was not one of the lucky few. It started with “dry mouth” and an ill-defined feeling of something being “not quite right.” Then we got the diagnosis: pancreatic cancer. He was dead six weeks later, the last week of which was a brutal misery.

This is the thing with internal organ cancers: They frequently show no symptoms until they’ve reached an advanced stage, typically Stage Four, and by the time the diagnosis is made, there’s often nothing to be done. That’s why these cancers’ five-year survival rates are so low.

The American body politic is suffering from just such an internal cancer, one that has gone unrecognized by most during its early stages, especially when it was confined to a small corner of that place from which many such cancers originate: the halls of academia.

That cancer is critical race theory.

In brief: critical race theory (CRT) is a modified form of Marxism that divides people based on race and culture rather than class. The worldviews are similar in every other important way, the most significant being that they are promoted and perpetrated by people seeking their own power and aggrandizement regardless of the cost to society or to humanity. In the first iteration of this mindset, this meant the death of about 100 million human beings.

Just as Karl Marx didn’t necessarily intend his philosophy to lead to the murderous pogroms of Stalin or Pol Pot or to Mao Zedong’s starving tens of millions of his own countrymen to death in “the biggest episode of mass murder ever recorded,” CRT founder Derrick Bell might not have intended his new “theory” to become the national cancer that it is. Indeed, CRT was initially little more than a debate in academia about the proper way to structure a college curriculum. No need for the “working man” or the “soccer mom” to care about that, right? The founding of CRT was Stage One of its cancerous spread; it was there, but nobody recognized its terrible, inevitable path.

Stage Two involved the spreading of these ideas, just as with Marxism, into the minds of ambitious people outside the world of academia and professional philosophizing. Some of them might have been true believers, and some of them recognized its potential as a tool to manipulate and dominate, whether through selling books and “consulting” contracts or through holding political office.

As they won elections and gave their lectures to confused ordinary Americans who didn’t understand why they were being called racist but felt afraid and powerless to call out the evil before them, the spread of the cancer of CRT reached Stage Three. Even then, had it been sufficiently recognized and treated, we might have recovered.

But just as Marxism in the hands of megalomaniacs or other seekers of power and personal fortune destroyed the lives of untold millions of men, women, and children by making its threat nearly unrecognizable until it had spread beyond the ability of the populace to control it, so it is with CRT in the hands of those who would destroy this nation from the inside. And so it is that we have reached Stage Four.

Purveyors of this evil mindset, such as Ibram X. Kendi and Kimberlé Crenshaw, race-hustlers like Al Sharpton and Robin DiAngelo (yes, race-hustlers can be white, too), and the mendacious yet still fêted-at-all-the-right-cocktail-parties Nikole Hannah-Jones, are making careers out of poisoning the minds of Americans and turning us against each other based on the immoral concept that a few hundred million individual Americans are responsible for misdeeds of mostly long-dead others, very often others who died before today’s Americans’ progenitors even reached these shores.

The things these human cancers get away with, such as calling racism “anti-racism” and using the term “equity” to describe their desired public policies of discrimination and theft and, yes, more racism, are the stuff of Orwell, yet Boston University supports Kendi with funding as the “director of the Center for Antiracist Research.” Robin DiAngelo’s worthless White Fragility has been required reading for years now despite its being based, in a social science sense, on nothing but the complacency and gullibility of “guilty” white liberals.

Companies and governments alike embark on “training” designed to tell white people that they’re all racist and owe a debt to society that can never be repaid regardless of how public their racial self-flagellation is and how many “Black Lives Matter” hair shirts Americans might wear.

Most disturbing of all is the increasing influence of CRT on our young people. CRT has, as a Stage Four cancer does, escaped its origins. Now, middle schools have “affinity groups” designed not just to separate children by race but to instill racial hierarchies. Colleges, including my alma mater, are hosting separate graduation ceremonies based on race. How exactly that is different from the sort of racial segregation that America has been fighting against, albeit imperfectly, almost since its founding, the judging-based-on-skin-color that Martin Luther King Jr. specifically dreamed would end in this nation, I don’t understand.

But from the perspective of its proponents, that’s one of the beauties of CRT: the fact that I don’t understand how segregation and racial division can be a good thing means simply that I suffer from implicit bias and that I must be reeducated. As to whether that gulag will be literal or figurative for someone like me, the CRT version of a kulak, remains to be seen; Stalin didn’t use gulags at first either.

I can’t say that there is a significant upside to any of this. But if I were to try, I’d offer this: America is awakening to the cancer that is critical race theory, to its explicit efforts to foment racist public policy and to turn Americans against each other just as communism did in the Soviet Union and Cambodia and China and so many other unfortunate places that dabbled with such evil.

Parents are awakening to the dumbing-down of curricula and standards that CRT inflict on our children, using Black Lives Matter as their vector of infiltrating impressionable young minds and manipulating the weak and irresponsible superintendents, school boards, and teachers who go along with this dangerous nonsense. It should infuriate you that schools across the nation are telling some kids that other kids are evil, or that they themselves are evil, for things over which they have — and never had and never will have — no control, such as the melanin content of one’s skin or the particular shape of one’s eyes. And for the distinctly un-American practice of teaching that free speech, critical thinking, and questioning authority are simply indications of one’s own irredeemable “privilege.”

Parents are awakening to curricula like “Equitable Math” that oppose focusing on “right answers” because “objectivity” is inherently “colonialist” and repressive. How are our children going to survive in a high-tech national economy, much less an intensely competitive international economy, if they can’t get the answers right and, if that isn’t enough, self-righteously argue that it doesn’t matter if they do? That’ll go over well in an interview at Intel or IBM or Wipro.

Even some leftist academics are awakening to the destruction wrought by a mindless desire to destroy everything that has come before, much as the French revolutionaries did when they established a new calendar because, you know, if you start a calendar at Year One, then nothing before that actually happened. Of course that didn’t stop the First French Republic from instituting the Terror and executing thousands of their countrymen who didn’t have the right family backgrounds or ideas. But I digress. The Marxist Ivy League professor Cornel West recently co-authored one of the most important pieces of pushback against CRT and its prescribed Memory Hole for Western civilization: “Howard University’s removal of classics is a spiritual catastrophe.” (Seriously, if you only read one other article today, read that one.)

The problem is that even this initial national awakening to the harms and horrors of CRT is very, very late. We are in the midst of a Stage Four societal cancer. Critical race theory has metastasized from Harvard outward through other universities, and from there into almost every other internal organ of our nation, from businesses to governments to schools to, well, almost everywhere you look.

Can the cancer of CRT be successfully treated? Is there a form of national chemotherapy or surgery for such a pernicious disease? Maybe. But given how late we are to this diagnosis, and given that societal tumors like Kendi and DiAngelo and Hannah-Smith continue to distribute cancer cells throughout our body politic — and that there’s precious little political will to excise them — it’s difficult not to fear that this once-great nation faces a similar fate to that of my father-in-law: by the time we figured it out, it was too late.