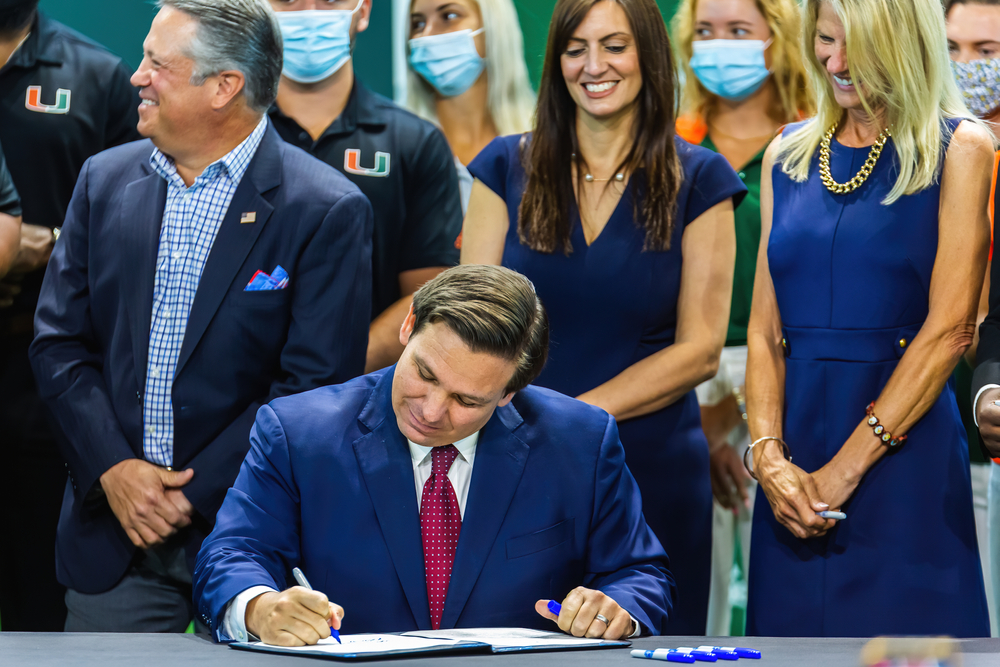 Last Friday, during President Biden’s G7 debut, he announced a $4 billion program to assist in the distribution of coronavirus vaccine to poor nations. This is more than a little ironic, considering the chaotic vaccine rollout over which he has presided in the United States. It is particularly so in view of the ineptitude with which Biden’s fellow Democrats in blue states have managed their distribution programs, which have been far less efficient than their red state counterparts. According to the Centers for Disease Control and Prevention (CDC), for example, West Virginia has delivered twice as many full (two-dose) vaccinations per 100,000 residents than has California.

Indeed, according to news reports, the Golden State’s disorganized vaccine distribution rollout is an important reason the initiative to recall Democratic Gov. Gavin Newsom has continued gaining momentum. Inevitably, Newsom blames former President Trump for his own incompetent vaccine rollout, but this is just as preposterous as the whoppers Biden and Vice President Harris have told about the vaccine distribution plan they inherited from the Trump administration. The reality is that Democrats at both the state and federal levels are better at making promises than making things go. Meanwhile, the efficiency of West Virginia under the leadership of GOP Gov. Jim Justice, has been noted even by the Washington Post:

West Virginia has one of the lowest per capita incomes in the United States — along with some of the highest levels of chronic illnesses — but it has been among the most prolific in protecting its residents against the novel coronavirus … the governor has closely managed the process of determining who gets priority while giving counties far less leeway than in other states to make their own rules … That ethos has helped propel his state to a position that much wealthier and healthier states can only envy.

Despite the obvious success of Florida’s program, Democrats and the media have relentlessly criticized Gov. DeSantis for his handling of the vaccinations. The Sunshine State is home to a large percentage (20.5 percent) of people over 65, yet his critics insist that his policy of prioritizing seniors is politically motivated. The real problem, of course, is that his state is outperforming blue states.  Morever, Florida and West Virginia aren’t the only red states whose rollouts are embarrassing their blue counterparts. The best-performing state in the union is Alaska, the only state to exceed more than 11,000 full vaccines per 100,000 residents. This is no mean accomplishment considering its geographic and transportation challenges:

Bigger than Texas, California and Montana combined, Alaska is a vast, sparsely populated, and largely roadless state, with only a handful of main arteries. To distribute vaccines, doctors and nurses statewide have had to rely on a wide range of transportation modes.… Alaska’s vaccine process is distinct from other states, in that it’s built on an existing immunization program (used predominantly for flu and childhood vaccines) that allows the state to redistribute doses.

Note that phrase: “built on an existing immunization program.” This is journalese for “they were prepared.” Alaska’s GOP Gov. Mike Dunleavy, rather than spending his time on CNN chatting with his brother or writing a self-aggrandizing book, has actually been doing his job. A week ago, while the Democratic governors of New York and California were attempting to evade responsibility for their incompetence and negligence, Dunleavy released a COVID-19 transition plan that “begins the process of moving Alaska to the path to normalcy while still effectively managing the virus.” Meanwhile, back in the lower 48, yet another Republican governor has presided over a successful COVID-19 vaccine rollout.

South Dakota’s GOP Gov. Kristi Noem, like her Republican counterpart in Alaska, began planning for the rollout early and didn’t try to reinvent the wheel. Instead of improvising a slapdash distribution system using the bureaucrats of the county health departments, or relying on federal “help,” Gov. Noem took advantage of the management expertise and decision-making processes already in place in its existing private health-care systems. Consequently, South Dakota has reached 8,559 complete vaccinations per 100,000 residents, far ahead of its upper Midwest counterparts. This earned Gov. Noem the cringe-worthy appellation “Vaccine Queen” from James Freeman at the Wall Street Journal.

In the end, it may not matter that blue states bungle their vaccination programs. Dr. Marty Makary of the Johns Hopkins School of Medicine and Bloomberg School of Public Health writes in the Journal that COVID cases have dropped 77 percent in six weeks and that we may reach herd immunity by spring. In other words, no matter how awful the Democrats are at public health, we are approaching the point at which natural immunity will reduce coronavirus to the quotidian status of the flu. But our new president warns that life may not return to normal this year due to the ravages of COVID-19, and we know he “follows the science.” I mean, the president wouldn’t exploit a pandemic for political reasons, would he?