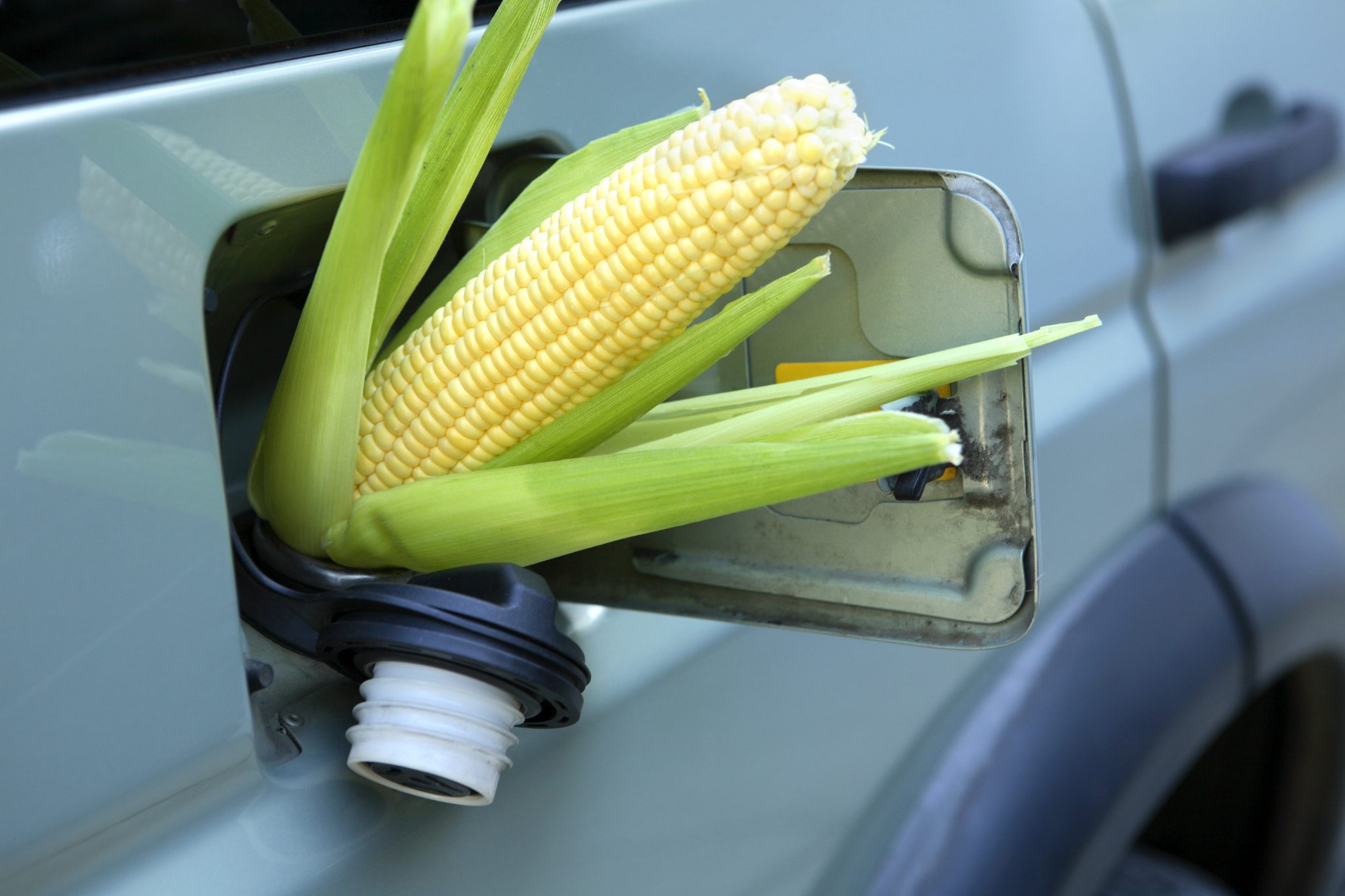 Most of America hasn’t been working for going on a month now because of the coronavirus pandemic — and the “locking down” of most of the country. It might be months before they are allowed by the government to work again.

The very last thing the government ought to be doing is forcing them to pay more than the market rate for anything.

But that’s exactly what it is doing. Every time Americans fuel up their vehicles, they’re unwillingly lining the pockets of the politically powerful agribusiness cartels — as well as foreign ethanol cartels — to the tune of billions through a pervasive but hidden tax on fuel that forces them to pay for ethanol mixed in with their gas.

And soybeans with their diesel.

It’s done under the auspices of something called the Renewable Fuels Standard — which is actually a Carter-era mandate that requires that almost all the “gas” sold in the United States contain at least 10 percent not-gas (ethanol alcohol, made from corn) in order to “conserve” the actual gas.

Same with diesel, much of which is made — by mandate — from soybean squeezings rather than oil.

In fact, the RFS is probably the single-greatest (and worst) example of corporate rent-seeking in the history of the United States. A mandated “market” for a product — ethanol (and soybeans) that would have a hard time on the free market, if these “renewables” had to sell on their merits.

Or rather, their demerits.

For one, Americans burn more gas — because there’s less energy in “gas” that’s been mixed with ethanol. And their cars emit more gases — carbon dioxide — because they are burning a greater volume of fuel to go a given distance.

The reason has to do with chemistry as much as crony capitalism..

One-hundred percent gas has about 120,000 British Thermal Units (BTUs) of energy per gallon. A gallon of 100 percent ethanol only has about 80,000 BTUs of energy. Blend the two — as required by the RFS mandate — and you end up with fewer BTUs — which equals lower MPGs.

Your car doesn’t go as far.

The Department of Energy (DOE) says a car burning E10 — 10 percent ethanol, 90 percent gas — will experience a reduction in fuel economy of about 3 to 4 percent. E15 — which contains 15 percent ethanol — reduces overall fuel economy by about 4 to 5 percent, according to the DOE.

Vehicle fuel systems have had to be redesigned to accommodate the alcohol force-mixed with gas, which has different properties than pure gasoline — for example, ethanol’s tendency to attract water and “separate out” during storage, accelerating the rusting out of fuel system components such as gas tanks — which are now generally made of composite plastics for this reason rather than steel, as in the past.

It also doesn’t store as well — or as long — in the underground fuel tanks at gas stations, many of which have had to be replaced, and the cost of that has been passed on to you-know-who.

Ethanol-laced fuel is especially hard on older vehicles designed before the government imposed the RFS mandate — when gas was still gas. There is an increased fire hazard in these older vehicles, too, resulting from the deterioration of rubber fuel system parts not made to withstand alcohol-laced fuel. Their engines run hotter because the air/fuel mix has been artificially leaned out — there is literally less gas in the mix — requiring recalibration of their fuel-delivery systems.

Diesel now costs more than gas — the reverse of what used to be the case, pre-RFS. And, like ethanol-laced gas, it contains less energy, so you go less far per gallon while paying more per gallon.

And by foreign lobbies.

The RFS mandates an ocean of “renewables” — 36 billion gallons by 2022 — such that even the domestic cartels can’t keep up with enforced demand, resulting in — of all things — ethanol now being imported from other countries.

Americans are being made ethanol dependent — by their own government, not OPEC.

While motor fuels taxes are arguably disproportionate relative to the cost of the thing being taxed (the fuel), they at least go to fund something most drivers would probably pay for without government forcing them to — the roads — without which they wouldn’t be able to drive.

But it’s doubtful many would freely pay for “renewables” that cost them more to go not as far.

Hence the need for government force.

The justification for the application of this force is that it is necessary to “encourage” (that is, force) “renewables” into people’s tanks — chiefly because the oil is running out.

The problem is, it isn’t.

Shortly before the coronavirus broke out, one of the biggest news stories was America’s energy independence. Not because of “renewables,” but because of new discoveries — of immense oil reserves and new means of extraction that have made America the world’s No. 1 producer of oil and on track to be a net exporter.

There is no “oil crisis” anymore — just as no one wears corduroy bell bottoms anymore. The RFS mandate should be relegated to the Goodwill store — on the same basis.