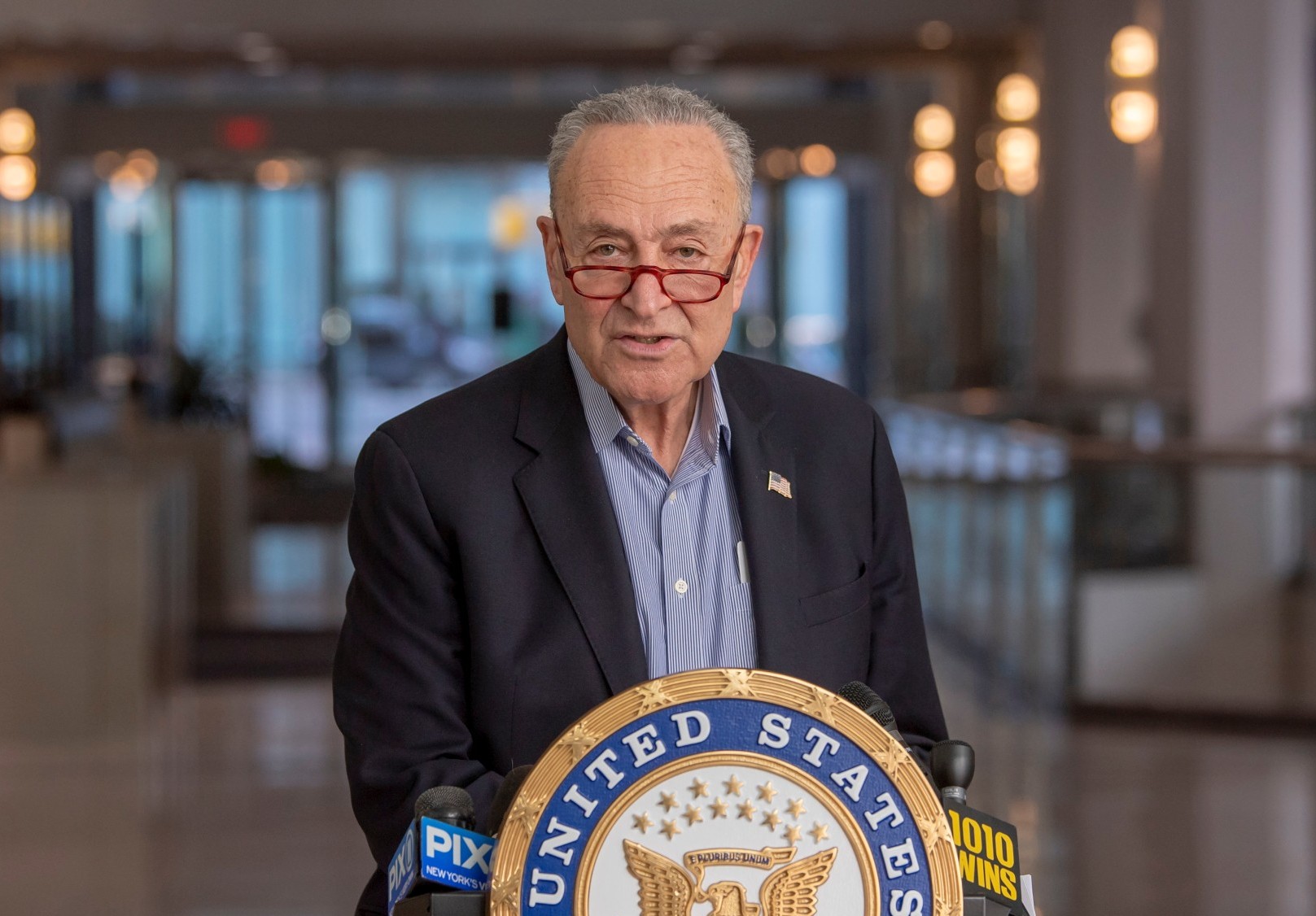 Since the Democrats achieved their governing trifecta in 2020, they have presided over a cascading series of domestic and foreign policy disasters while displaying transparent contempt for the Constitution. For the sake of the country, it’s imperative that some semblance of balance is restored to the elective branches of our government. The GOP must regain control of Congress in November. Accomplishing this will clearly require solidarity among Republican officials, the conservative commentariat, and the voters who endure Democratic policies. Above all, no circular firing squads.

Yet, recently, some conservatives seem to have forgotten this reality. Many have devoted valuable time and energy to attacking … Republican Senate Leader Mitch McConnell (R-Ky.). On Aug. 30, for example, the Washington Times ran an editorial lambasting him for stating the obvious fact that it will be easier for the GOP to regain its majority in the House than will be the case in the Senate. McConnell should have kept this observation under his hat, but to call for his replacement so close to the midterms is crazy. It’s also ungrateful. Consider what Kurt Schlichter, hardly a fan of the “murder turtle,” wrote in Townhall about him:

No one else could have had the granite stones necessary to withstand the enormous pressure to let Obama put the disgraceful Merrick Garland on the Supreme Court. He did not budge. He saved the Constitution. The Dobbs case, the Bruen case, the EPA case – these huge victories are only because Mitch McConnell refused to back down … And he deserves credit for keeping a GOP coalition together in a split Senate. There is no one else who could pull together a coalition that saw Susan Collins and Miracle Whip Mitt vote again and again with Ted Cruz and Josh Hawley to stop Biden.

Can any of McConnell’s critics name another Senate Republican ruthless enough to deny Merrick Garland a seat on the Supreme Court and successfully shepherd three genuine conservatives through the brutal confirmation process? Schlichter is also critical of McConnell, but at least he has the honesty to give him credit when credit is due. Even former President Donald Trump praised McConnell after the successful Senate battle to confirm Brett Kavanaugh: “There’s nobody tougher. There’s nobody smarter. He refused to cave to the radical Democrats’ shameful campaign of personal and political destruction.”

Trump now reviles McConnell because the latter criticized him after the Jan. 6 riot. He forgets that McConnell declared the subsequent House impeachment and Senate trial unconstitutional and voted against proceeding with the trial. Once a Senate majority had voted to go forward with it, McConnell voted to acquit Trump. In addition, he made it abundantly clear in a lengthy floor speech that Congress had no authority to prevent Trump from running for political office in the future: “We have no power to convict and disqualify a former office holder who is now a private citizen.” McConnell also opposed the Democrat inquisition into the Jan. 6 riot:

I have made the decision to oppose the House Democrats’ slanted and unbalanced proposal for another commission to investigate  the events of January 6 … Democrats have handled this proposal in partisan bad faith going right back to the beginning, from initially offering a laughably partisan starting point to continuing to insist on various other features under the hood that are designed to centralize control over the commission’s process and its conclusions in Democratic hands.

The point here is not that McConnell is above criticism, but attacking Republicans just before an election should be left to Democrats and the corporate “news” media. Conservatives should be going after the real enemy. That would be an utterly corrupt Democratic Party led by Joe Biden, Nancy Pelosi, and Chuck Schumer, the people who are systematically destroying the country while characterizing Republicans as “violent extremists” and branding us as “semi-fascists.” McConnell can indeed be frustrating; these people are dangerous. Despite their Orwellian rhetoric, it is the Democrats who constitute the threat to democracy.

They sent the FBI to raid a former president’s home, a thing that has never happened before in American history. Their Potemkin president routinely issues illegal executive orders as if he is a monarch handing down edicts. They have created a conspiracy theory about the Jan. 6 riot and used it as the pretext to arrest hundreds of American citizens and deny them due process. They have all but destroyed the domestic economy while pursuing an ad hoc and extremely dangerous foreign policy. They have endangered our national sovereignty with irresponsible border policies and produced a perfect storm of violent crime in our cities.

Yet, even as the Democrats wreak so much havoc, some conservatives still insist on attacking the highest-ranking Republican in the Senate. Sean Hannity bashes McConnell about a sound bite. Tucker Carlson calls him an “instrument of the Left.” Trump says that McConnell should be replaced. And the editors of the Washington Times ask, “Does Mitch McConnell even want to win in November?” To call this shortsighted and counterproductive is far too kind. It is why the “stupid party” label continues to stick after all these years.