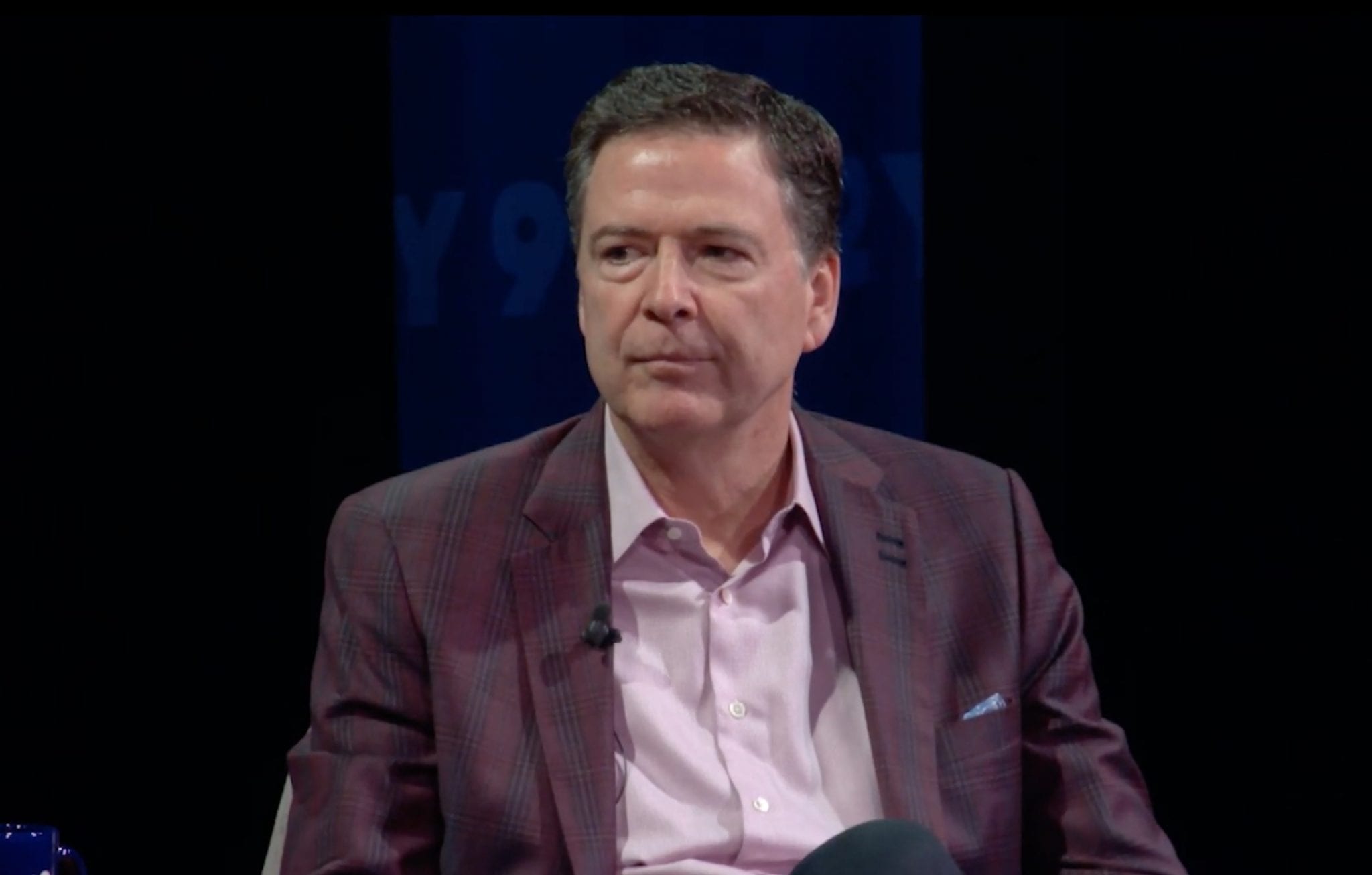 Drunk on his own self-deluded rectitude, James Comey has become one of the most insufferable voices on the Left. He teaches “ethics” at William & Mary, but it is hard to imagine a more unethical FBI director than one who signs off on the most invasive spying warrants imaginable without bothering to verify them, or even know their rationale. That came out in his shameless testimony last Friday in closed session with Congress.

It was clear from his slipshod testimony that he hadn’t even read the FISA warrants he approved. He breezily acknowledged that the Steele dossier, which formed the basis of the alleged justification for spying on Trump officials, was unverified. He said he didn’t know Steele was paid by the Democrats to assemble it. Asked if he should have known, he shrugged and said that he didn’t consider that an important piece of information. Obviously coached, he said that Crossfire Hurricane, the FBI investigation into alleged Russia-Trump collusion, derived from a tip delivered by an “allied nation,” a pompous reference his lawyer told him to use to amplify the significance of Alexander Downer’s shallow, entrapping, and non-conclusive conversation with George Papadopoulos.

He played dumb about the bald political biases of his subordinates, Lisa Page and Peter Strzok, and professed ignorance of Bruce Ohr’s relationship with Christopher Steele. He claimed not to know that Strzok, who told his mistress the FBI would “stop” Trump’s candidacy, had drafted the document launching Crossfire Hurricane.

Somehow Comey managed not to know anything about the FBI’s most important case from the summer of 2016. He said that he hadn’t troubled himself to read the originating documents for Crossfire Hurricane and couldn’t be bothered to find out the agency’s claimed “predicate” for it.

As for the FBI’s most important “source” for Crossfire Hurricane, Christopher Steele, he showed no curiosity about him either, though Comey’s lawyer obviously coached him enough to repeat the sanitizing fable that Steele’s dirt-digging continued earlier work by Fusion GPS for Republicans. Comey claimed not to know that Hillary’s law firm paid Fusion GPS, but confidently stated that Republican money launched the “dossier” project, which is a falsehood. The Steele project was separate from Fusion GPS’s work for anti-Trump Republicans during the primaries.

How did Steele’s dossier get to the FBI? Comey plumb didn’t know! Did the FBI confirm his information? Comey couldn’t remember. Had he studied, before signing, the Carter Page warrant application that gave the FBI the power to rifle through Page’s life, both past and present? Nope; Comey didn’t think that necessary, though he did hear from someone that Page was supposedly working for the Russian government. Did he know that Steele had been dropped by the FBI for disseminating his paid opposition research on Trump to anti-Trump reporters? No, Comey didn’t, and wasn’t sure to this day if that had happened.

Don’t you feel relieved to know that FBI directors take such care with your civil liberties? Unbelievable. That Comey can talk about his “conscience” while so casually admitting such unprofessional indifference shows he doesn’t have one. It was dulled by years of breathtaking bureaucratic arrogance, summed up by a FISA “verification” process where the chief verifier doesn’t even know the most elementary facts of the case. Carter Page might as well have been a number.

While trampling on his rights, Comey asserted his own invented ones. The same bureaucratic arrogance on display in his slipshod FISA process drove his outrage over Trump’s encroachment upon his fiefdom. A mere presidential opinion about Michael Flynn was thereby turned into an “obstruction of justice” case in Comey’s overheated mind, such a grave threat to his perceived rights as FBI director that Comey felt justified in treating FBI documents as his own personal property and criminally leaking about his meeting with the president to trigger a Department of Justice investigation.

In Comey’s book, Flynn’s fibbing to the FBI about a non-criminal chat with a foreign counterpart is very, very grave. But Comey considers it no big deal that he lied and called a FISA warrant “verified” when it manifestly wasn’t — a FISA warrant that turned Carter Page’s life upside down. The government tried to entrap him, shadowed him for a year or so, and vacuumed up his every communication — all on the basis of an uncorroborated “dossier” from a political opponent! And Comey to this day casts it all as a noble mistake.His egotism is only eclipsed by his criminal carelessness and incompetence.