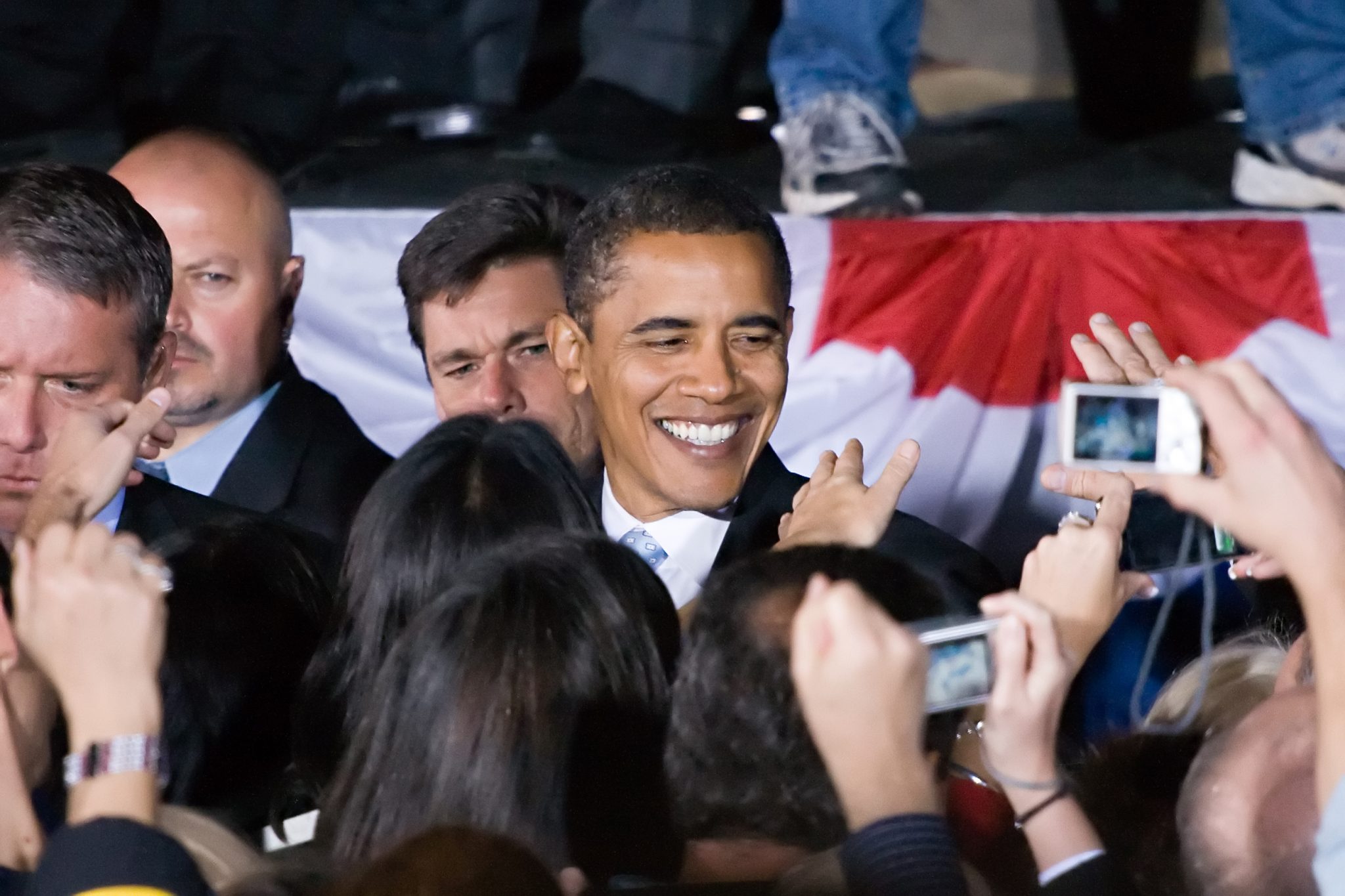 Nearly 12 years have elapsed since the night in October 2008 when Barack Obama told a crowd of his supporters in a speech at the University of Missouri that they were “five days away from fundamentally transforming the United States of America.” You can turn on your TV and see the result: Race riots have devastated cities across the country, a disillusioned generation of youth expressing themselves in a criminal spree of violent rage inspired by the failure of Obama’s promise. Of course, liberals blame these “mostly peaceful protests” on President Trump, but let them ponder this question: How could Trump ever have been elected if Obama had been successful in delivering the transformation he promised?

No liberal wants to admit that there are limits to what can be achieved by government intervention. Liberalism is, among other things, a quasi-religious belief in the power of government to change society for the better. Whatever the problem may be, the liberal “solution” is always more government — more legislation to create more programs and more spending to hire more bureaucrats. The most obvious objection to this agenda, if we may borrow the late Margaret Thatcher’s famous phrase, is that you eventually run out of other people’s money. Our national debt is now more than $25 trillion — that’s trillion, with a “t,” $25,000,000,000,000 — and deficit spending means that the federal government keeps running up the bill with no plan whatsoever to reduce this staggering debt.

No matter how much Obama was willing to spend on “fundamentally transforming” the country, however, he could never satisfy the unrealistic hopes of his most ardent young supporters. In that October 2008 speech in Missouri, he promised them “policies that invest in our middle class, and create new jobs, and grow this economy, so that everyone has a chance to succeed, not just the CEO, but the secretary and janitor, not just the factory owner, but the men and women on the factory floor.” Obama promised them “new ideas and new leadership and a new kind of politics, one that favors common sense over ideology.” He promised an end to policies that “give more and more money to billionaires and millionaires and big corporations.”

How did that work out? The biggest donors to the Democratic Party are “billionaires and millionaires and big corporations,” who did just fine during Obama’s tenure in the White House, whereas “the secretary and janitor” and “the men and women on factory floor” didn’t do quite so well. We need not blame Obama for the problems of the less fortunate in order to say that it was wrong for him to promise them a “chance to succeed” that he had no feasible plan to deliver. My friends Mark Noonan and Matt Margolis have called Obama The Worst President in History, but even if you don’t agree with that assessment, it is difficult to deny that his eight years in office fell far short of what he had promised.

One reason Hillary Clinton lost in 2016, beyond her own shortcomings both personal and political, was that “Obamanomics” had so self-evidently failed. Clinton’s inability to win over working-class voters in states like Pennsylvania, Michigan, and Wisconsin could be interpreted as a negative referendum on Obama’s policies. While Democrats blamed “Russian collusion” for Trump’s stunning upset victory, it seems far more plausible that the Republican’s promise of an “America First” economic agenda was the real reason for his success. Contradicting all the “expert” predictions, Trump’s policies sparked an economic boom that produced the lowest rate of African-American unemployment ever recorded. And how was he rewarded for this? Impeachment.

What can explain this? Cognitive dissonance is a psychological term describing the mental stress we experience when confronted by situations that expose conflicts between our beliefs or when we receive information that contradicts what we believe. Liberals believed in Obama, despite all evidence that suggested his policies weren’t working, until finally confronted with unmistakable proof in the form of Donald Trump’s election. No Republican presidential candidate had won Pennsylvania and Michigan since 1988, but Trump did it, and his victory was a source of cognitive dissonance that liberals were desperate to resolve. So they blamed Russia, and sexism, and most of all, they blamed racism.

If liberalism means anything in the 21st century, it means a profound belief that America is an irredeemably racist country. Racism is an all-powerful evil in our country, according to liberals, who believe that (a) every problem afflicting the black community is caused by racism, and (b) the Republican Party is the political manifestation of this evil. To vote Republican is to vote for racism, according to the liberal worldview, and therefore all 63 million Americans who voted to elect Trump president are guilty of racism. Defending that belief is what the past two weeks of #BlackLivesMatter madness has really been about.

When the media claim that the looters and arsonists are protesting against police brutality and/or “systemic racism,” this should prompt intelligent people to ask questions. Why should the death of George Floyd in Minneapolis cause riots in, for example, Chicago? Both the mayor of Chicago and the police chief are black, as are Rep. Bobby Rush and Rep. Danny Davis, the Democrats who represent the city in Congress. If the riots (or what the media euphemistically called “unrest”) were about racism, why would Chicago be the scene of massive damage from looting and vandalism? Why were black-owned businesses looted in Chicago and other cities? Why were black police officers injured by rocks and bottles thrown by “mostly peaceful” protesters? Even as looters were ransacking stores in Chicago, the city experienced its most deadly weekend in modern history, with 25 people killed and another 85 wounded by gunfire.

Does this kind of violent mayhem — what one Chicago police lieutenant called “chaos” — accomplish anything in terms of protesting against “systemic racism”? Of course not, but the stress of extreme cognitive dissonance has caused a sort of mass hysteria among liberals, driven mad by the attempt to defend their worldview against contradictory evidence. After all, Chicago gave us Barack Obama, who was first elected in 1996 to represent the city’s south side in the Illinois state senate. Is the city that produced America’s first black president still in the all-powerful grip of racism? Of course, anyone who points out such contradictions will automatically be accused of racism, the accusation serving as a means to end any critical examination of the liberal worldview.

Calling attention to facts (e.g., the nonexistence of a police brutality epidemic) makes you racist, because facts disturb the fantasy land of liberal belief. But the cost of preserving such fantasies may be the destruction of our civilization. RealClear Politicscolumnist Frank Miele saw troubling signs when “mob violence replaced police as the standard of authority” the past week:

When you saw white people taking a knee to prostrate themselves before looters and to renounce their “white privilege,” you also saw parallels to Mao’s Cultural Revolution and Hitler’s Kristallnacht, the Night of Broken Glass.

The Cultural Revolution began with an attack on the old order, the old “privilege” represented by shop owners and college professors. To avoid the mob’s rage, the victims were forced to humiliate themselves publicly and to utter self-denunciations, to confess their “crimes” against the mob’s ideology. But there was no escaping the demented wrath of the self-anointed protectors of virtue.

For those of us who live far from the urban mobs, it is tempting just to turn off our TVs and laugh at the madness destroying America’s cities, but the “demented wrath” of the mobs won’t be satisfied merely with looting and burning their own communities. They crave power — total power over the entire country — and they don’t intend to let cops or anyone else stop them from getting what they crave. Having failed to “fundamentally transform” America, now they are ready to destroy it.