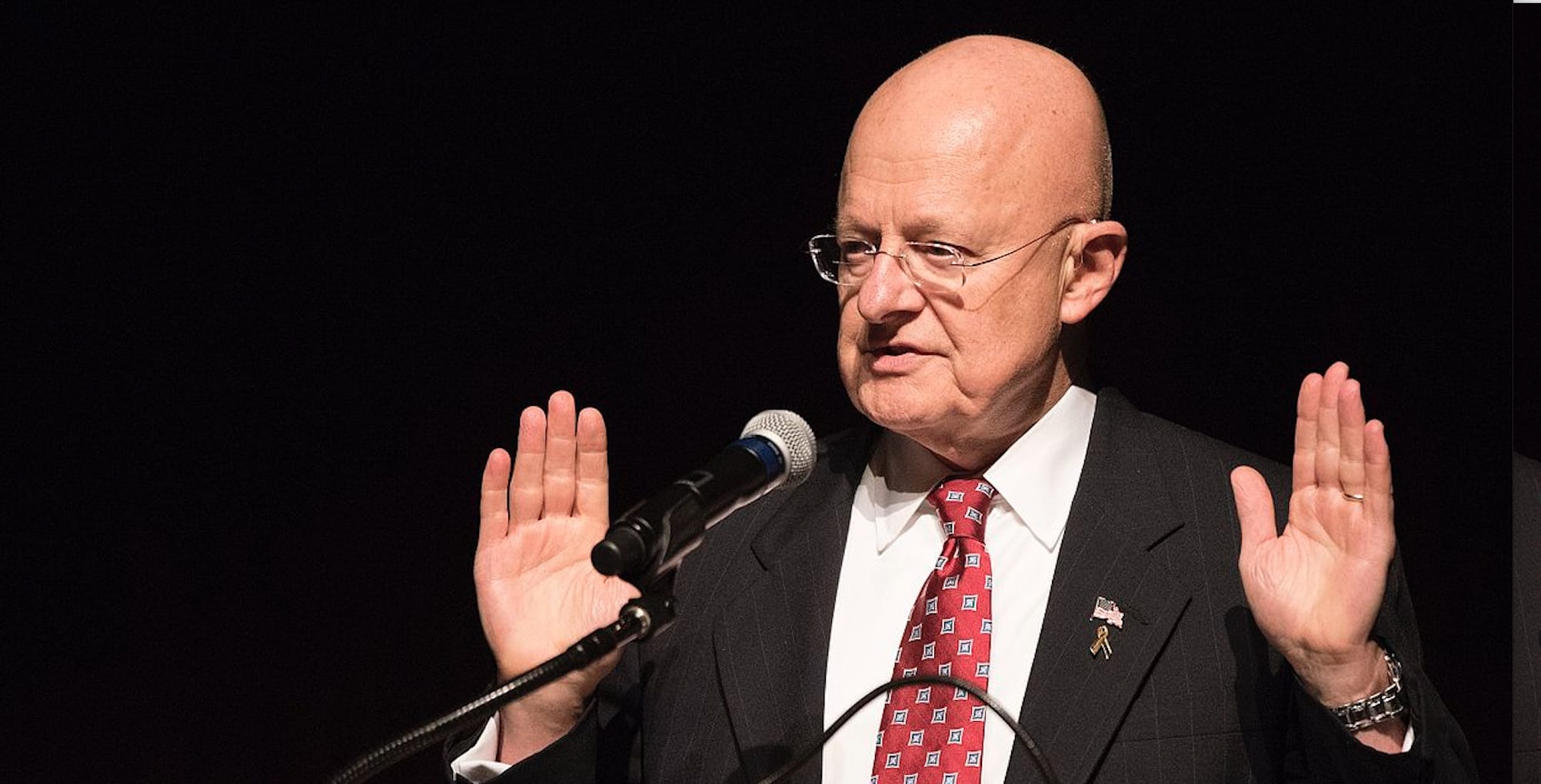 One of the principal perpetrators, former FBI director James Comey, insists he’s not worried at all. He and his co-conspirators have undoubtedly talked often and coordinated their stories. All voice communications, emails, text messages, and other communications have been erased or otherwise destroyed to the extent they can be.

From a variety of reports we know that despite President Trump’s order that all federal agencies cooperate with the Durham investigation, the CIA is stonewalling and trying to deny Durham access to documents, electronically stored information, and probably witnesses.

The CIA’s conduct is not surprising. CIA Director Gina Haspel is the protégé of Obama’s CIA director, John Brennan. Her interest is more in protecting Brennan and other current and former CIA people than in obeying the president’s order.

As I wrote in June, Haspel was CIA station chief in London when the “Crossfire Hurricane” investigation into Trump and his campaign operated from there. She had to have known and approved of the op, and she must have taken an active part in it. She’s a major problem that Trump doesn’t recognize.

But some of the principal perps, such as James Clapper, Obama’s director of national intelligence, are not descendants of Wernher von Braun. They will want to retract statements they’ve made to their media pals, such as the one Clapper made to CNN three weeks ago.

On October 7, Clapper made it clear that he was following Obama’s orders in conducting the spy op on Trump and his campaign. Asked if he was concerned that Durham’s investigation would uncover wrongdoing by intelligence officials such as himself, Clapper offered a response that is worth quoting at length:

The message I’m getting from all this is, apparently what we were supposed to have done was to ignore the Russian interference, ignore the Russian meddling and the threat that it poses to us, and oh, by the way, blown off what the then commander in chief, President Obama, told us to do, which was to assemble all the reporting that we could that we had available to us and put it in one report that the president could pass on to the Congress and to the next administration. And while we’re at it, declassify as much as we possibly could to make it public, and that’s what we did.

Clearly, unmistakably, Clapper said that he and the other intelligence officials — meaning at least Comey and Brennan — were following Obama’s orders to spy on the Trump campaign and probably Trump himself.

The only possible basis for those orders was the “Steele dossier,” the opposition research document bought and paid for by the Hillary Clinton campaign. Clapper, Comey, or Brennan — or any combination of the three — used it as the basis to get orders from Obama to conduct the operation.

In all probability, they coordinated with Obama and kept him posted on the spy op through his national security adviser, Susan Rice, who is another probable target for Durham’s investigation. Her conversations with Obama — on which she (and Obama) will claim executive privilege — would prove very enlightening if he can get her testimony about them.

This wasn’t a matter of Obama only having knowledge and acquiescing in what they did. It was — according to Clapper’s statement — a decision Obama made to order the U.S. intelligence agencies to jointly conduct an operation spying on the Trump campaign to prove Trump was collaborating with Russia to cause his own election.

Now Clapper is asserting the Nuremberg Defense: “I was only following orders.” May it do him as much good as it did those who first asserted it.

Both the decision to turn the Durham investigation into a criminal proceeding and Clapper’s admission that Obama gave the order to spy on Trump based on the Steele dossier will have an enormous effect on the 2020 election.

The election campaign is already running in the shadow of Nancy Pelosi and Adam Schiff’s impeachment proceedings against President Trump. The media follow it breathlessly, cramming as much news of it as they can speak or print on any given day.

The only other matter they pay attention to is the Democrats’ primaries.

But now, with the acceleration of Durham’s investigation, even the most liberal media outlets will have to take time to report Durham’s coming interviews and indictments. That time will have to be taken away from coverage of the impeachment or of the Dems’ primaries.

Clapper’s admission raises the question: What did Joe Biden know and when did he know it?

Biden continually brags about what he and Obama did and how close they were in thinking and acting. It’s possible that as vice president he wasn’t privy to the Obama’s orders to the intelligence community to spy on Trump, but he must have been aware of what they were doing.

Ol’ Joe is toast. And so should be the other participants in the spy op on Trump’s campaign. People such as Comey, Brennan, and Clapper may never go to jail, but many — perhaps most of them — may be indicted for the host of crimes they evidently committed.

We’ll (finally) get a small taste of what’s to come in the report by the Department of Justice’s Inspector General Michael Horowitz. His report supposedly is almost ready for publication. It covers only the abuse of the FBI’s powers in obtaining surveillance warrants for Trump campaign officials from the Foreign Intelligence Surveillance Act (FISA) court.

Thanks to the investigation that Rep. Devin Nunes (R-Calif.) conducted while he was chairman of the House Permanent Select Committee on Intelligence — and the famous “Nunes Memo” published in February 2018 — we know that the FISA warrants were obtained fraudulently. The FISA court wasn’t told that the allegations in the warrant applications were based only on the Steele dossier and unverified by the FBI. That, at least, is a false official statement under 18 US Code 1001 punishable by a year in jail.

But that offense is chicken feed compared to the illegality of what had to be a conspiracy to thwart Trump’s presidential ambitions and, after the election, to bring about his impeachment.

The perps have a lot to fear from Durham’s investigation. He was chosen by AG Barr because he has considerable experience in intelligence matters, so he will know how to extract information and possibly obtain plea bargains from people who are threatened with jail time.

It’s entirely possible — despite Clapper’s statement to CNN — that some will stonewall like Susan McDougal did in the Clinton impeachment. McDougal went to prison rather than testify against Clinton in the Whitewater scandal. Unlikely as it may be, people such as Clapper, Comey, and Brennan may try to protect Obama the same way.

But people such as former deputy FBI Director Andrew McCabe, former FBI agent Peter Strzok, and former FBI lawyer (and Strzok’s lover) Lisa Page won’t. They (and Comey) were directly involved in preparing and approving the surveillance warrants against Trump campaign officials. So were Obama’s acting deputy AG Sally Yates and former deputy AG Rod Rosenstein. They could plead out and testify against Brennan and his ilk.

Is it unthinkable that Durham would prosecute Obama? Unfortunately it is, but Durham shouldn’t hesitate to do so. Americas are fed up with crimes committed by Democrats — such as Hillary’s illegal trafficking of classified information in unsecured non-government emails — who aren’t held accountable for their crimes.

Whomever Durham prosecutes, the Dems won’t stop their campaigns against Trump. It’s almost certain that he will be impeached by the House. Who knows what will happen in the Senate trial when Trump enemies such as Mitt Romney, Susan Collins, and Lisa Murkowski vote?

If, despite the impeachment, Trump is reelected, the Dems will restart the “Russia collusion” campaign, claiming that his 2020 win was caused by collaboration with Russia, Iran, North Korea, China, and any other bad actors they can think of. You can take that to the bank.