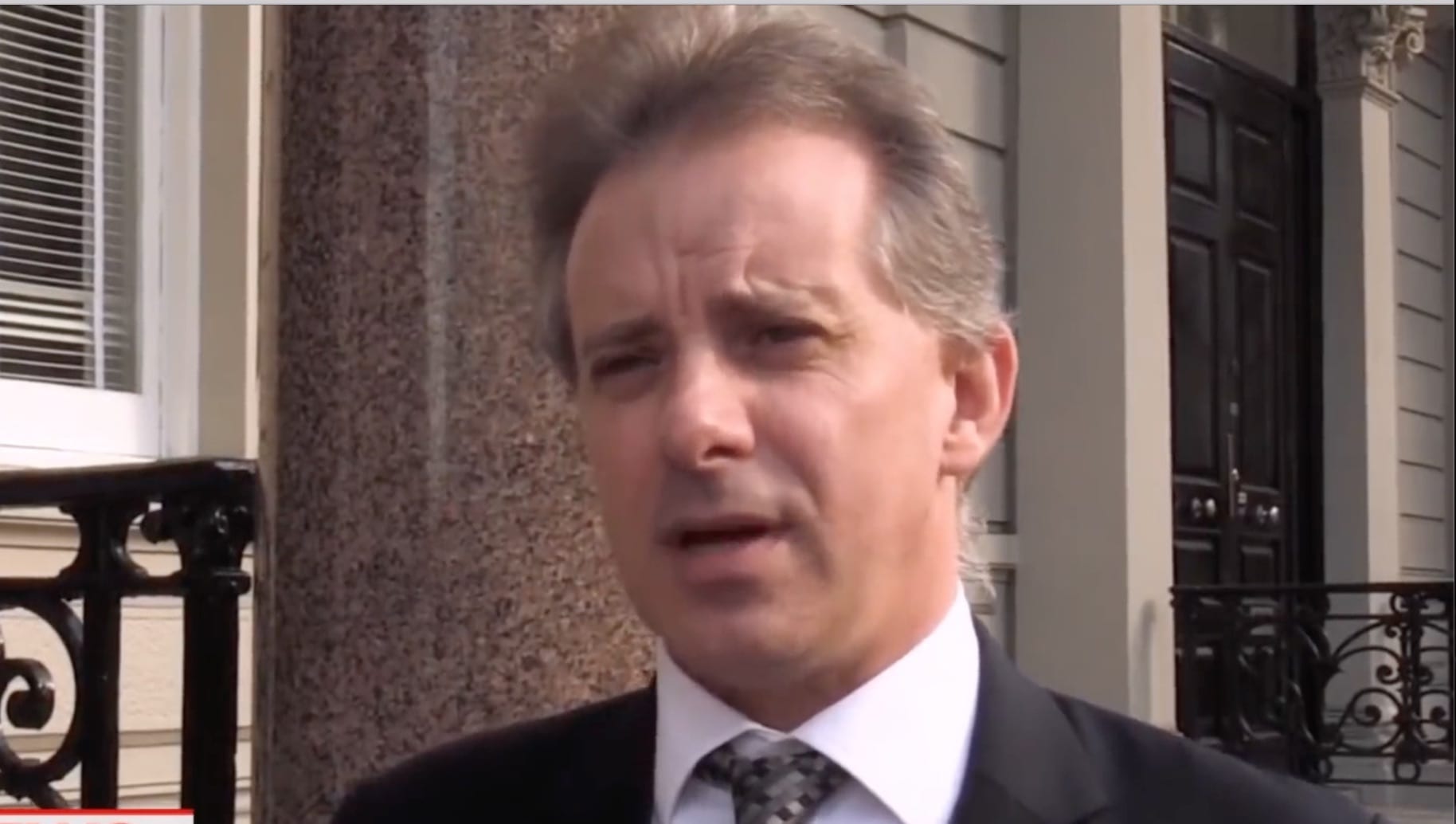 In the fragmentary profiles of Christopher Steele, even in the glowing ones, he emerges not as a subtle spy but as a bumptious political activist. He has been described as “very left-wing,” a “little creep” who embraced socialism in college, an ambitious debating society president who invited a representative of the PLO to speak at Cambridge University, a “showy” but charmless operator ill-suited to intelligence work, an “idiot” whose mischief-making has made his old colleagues in British intelligence look like Kremlin-manipulated dupes. He is less James Bond than James Carville.

Even in the accounts by his apologists he comes off not as quiet and sober but oddly hyperactive and noisy. He is portrayed as running around with his hair on fire, second-guessing the FBI, disregarding the FBI’s instructions, lying to it, frantically briefing reporters, and so on. The apologists cast that hyperactivity as evidence of his earnestness and reliability. It is not. It is just evidence of his arrogant presumption and anti-Trump hysteria. Steele told the Justice Department official Bruce Ohr that he was “desperate that Donald Trump not get elected and was passionate about him not being president.” Does that sound like an apolitical spy?

According to the New Yorker’s Jane Mayer, Steele grew more frantic after the passage of Brexit, about which he felt “wretched,” she writes. Does that sound like an apolitical spy? No, it makes him sound like a typical member of the liberal international elite — anti-Brexit, anti-Trump, pro-Hillary.

Why, if liberal politics didn’t figure into his urgency, was he so worked up about an allegedly compromised Trump and so blasé about a compromised Hillary? According to his own dossier, the Russians had dirt on her too. Why didn’t that bother him? Hillary’s mishandling of classified information had opened her up to possible Russian manipulation. But Steele didn’t lose any sleep over a President Hillary. No, what bothered him was that the FBI had publicized its investigation of her. What business was that of his?

Even in Mayer’s hagiographical telling, he behaves like an incredibly pushy and entitled jerk in his response to the FBI’s re-opening of the investigation. She says he decided that wasn’t “fair” and so he went to a socialist magazine, Mother Jones, and disclosed the FBI investigation into the Trump campaign that he had spurred.

Talk about election meddling by a foreigner. Who was Steele to determine the fairness of the FBI’s practices? What gave him the right to manipulate an election? It was an “act of conscience,” says Mayer. Could you imagine her describing the DNC hackers in those terms? Weren’t they also deciding what the American people needed to know before election day?

Mayer’s piece, by the way, reads like it was written with Steele sitting right next to her. Yet she plays dumb about the knowledge level of Steele and the other sources who fed her the story, as if she couldn’t ask them what they “apparently” knew or didn’t know. At one moment, she adopts an omniscient tone (born of access to Steele, his surrogates, Glenn Simpson, John Podesta, Jonathan Winer, and the rest of them), but at other moments she strikes a tentative, obtuse tone. The tone shifts back and forth, depending on the needs of her propaganda.

The media is engaged in daily rehabbing of Steele, but what dribbles out from these straining efforts is more and more evidence of his membership in an international liberal elite gunning for Trump. Why is that this supposedly apolitical spy has known Hillary partisans for years? His “long-standing” friends include Strobe Talbott (who just happens to be the brother-in-law of Clinton hatchet man Cody Shearer, whose tissue of smears Steele sent to the FBI), Bruce Ohr (whose wife worked with Steele at Fusion GPS), and Jonathan Winer. The last friendship is particularly telling, as Winer was the most radical of Hillary partisans. A John Kerry aide working at the State Department, Winer is a notorious left-wing conspiracist who once wrote a movie treatment for Oliver Stone. That Steele and Winer were comparing notes tells you all you need to know about the partisan origins of this fiasco.

In the echo chamber of entitled left-wingers, no story was too wild about Trump and Steele exploited that hysteria. But one wonders if the story is even worse than that. Steele obviously paid Russian officials for the claims in his dossier. Could the dossier itself turn out to be the greatest infusion of Russian disinformation into the campaign? And how is it that Hillary partisans (or in the case of Glenn Simpson and Steele Hillary hired hands) turn up at every crucial moment in the harassment of the Trump campaign — from John Brennan to the Clinton Foundation alum/Aussie diplomat to Peter Strzok? That gives the whole affair an air of entrapment and hoax-making. Only a special counsel could ventilate all of these foul odors.