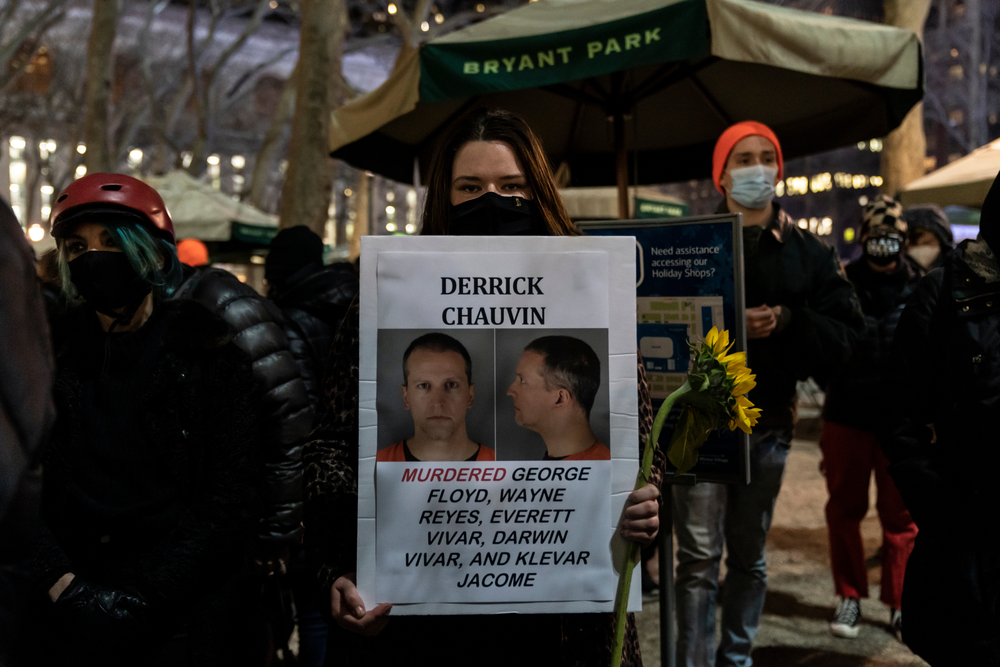 On the website, to this day, the organizers proudly share the inspiration for the group’s creation: “It was in response to the acquittal of Trayvon Martin’s murderer, George Zimmerman.” The critical word here is “murderer.” An all-female jury believed rightly that Zimmerman shot Martin in self-defense and acquitted him of all charges, including murder. Their judgment simply did not matter to the three women who founded BLM.

In the ongoing Minneapolis trial of former Minneapolis Police Officer Derek Chauvin, BLM and its allies have shown no more interest in justice than did Alice’s Queen of Hearts. “Sentence first — verdict afterwards,” said the Queen, and when Alice protested the Queen shouted, “Off with her head.” Fearing the loss of their heads, perhaps literally, too many powerful people stand by mutely as the mob begins to circle the Minneapolis Court House.

Although the Chauvin trial gives all the appearance of fairness, it is likely to turn out to be anything but. As Justice Oliver Wendell Holmes said of the Atlanta jury that convicted the Jewish Leo Frank of murder in 1913, “Due process does not become due process by securing the assent of a terrified jury.”

In Minneapolis, the jury has at least as much to fear as Frank’s jury did in Atlanta. From recent experience, the jurors can readily anticipate the consequences for the city and the nation should they vote to acquit. If one or more among them holds out to prevent fellow jurors from handing down an unjust sentence, they have good reason to fear for themselves and their families as well. The Left is keen on “doxxing.”

What helped Zimmerman’s cause considerably was the political ignorance of the six-woman jury. None of them followed the news closely or knew much about the case. This included Juror B-29, the outlier of the group. Although the media routinely reported that the Zimmerman jury was all-white, B-29, a Puerto Rican mother of eight, was clearly of African descent. She and her family had moved to Florida just months before the trial. Like several of the jurors, her cursory attention to the shooting led her to believe that Martin was only 12 or 13 years old at the time. She preferred reality TV to the news in any case, The Real Housewives of New Jersey being her favorite.

“There was a couple of [jurors] that wanted to find [Zimmerman] guilty of something,” said Juror B-37 after the trial. The most resolved of those jurors was B-29. “I was the juror that was going to give them the hung jury. I fought to the end,” she said. What changed her mind was not bullying by the other jurors, but the law itself.

As the jurors came to see, all that really mattered was whether Zimmerman felt that he was at legitimate risk of death or great bodily harm as Martin, an aspiring MMA fighter, slammed his head into the concrete. Everything else that preceded that moment faded into irrelevancy. “That’s how we read the law. That’s how we got to the point of everybody being not guilty,” B-37 told Anderson Cooper.

The sequestering of the jury also helped save Zimmerman from conviction. The jurors, especially B-29, had little idea of the terror that awaited them post-verdict. ABC’s Robin Roberts, who interviewed B-29, observed that that the juror “crumbled” only after “the negative news reports about their verdict erupted.”

Negative they were. The day after the verdict the New York Post summed up newsroom sentiments in a one-word headline: “Trayvesty.” The UK Guardian headline announced, “George Zimmerman Skirts Justice With All-White Jury.” The “Emmett Till” card got a ton of play, all of it preposterous. “Trayvon Martin is Our Emmett Till; Our Jury Selection Process Is No Better Now That It Was In 1955,” read the misbegotten headline of a Daily Kos article that denounced the “all-white jury.” The New York Daily News asked, “When will it all end?” at the end of a list that began with Emmett Till and ended with Trayvon Martin.

For the record, Till, a 14-year-old Chicago boy, was brutally lynched for allegedly flirting with a white woman in 1955 Mississippi. Martin took a bullet to the chest while gratuitously bashing in the head of a much smaller Hispanic man in a multi-ethnic Florida community.

Much of the harassment B-29 received came from people in her own community. Confirmed the juror, “I literally fell on my knees and I broke down. My husband was holding me. I was screaming and crying, and I kept saying to myself I feel like I killed him.”

In her interview with Roberts, B-29 tried to explain the process to those watching. “I feel that if maybe if [the media] would [explain] the law, and a lot of people would read it, they would understand the choices that they gave us,” said the juror. She pleaded in vain. The media have only grown more partisan, more reckless. So have the Democrats.

Although more than 60 percent of college graduates thought the Zimmerman verdict just, no prominent Democrat anywhere defended the verdict or raised hard questions about the factors that put Martin in harm’s way that tragic night in Sanford, Florida.

Those factors did not include “Stand Your Ground,” guns, or racial profiling. They did include sporadic parenting, indifferent schooling, and an inner-city culture that openly celebrated guns, drugs, and lawlessness. To discuss these issues candidly was to risk the Democratic stranglehold on a profoundly troubled and dependent population. As to Republican politicos, they did what they normally do when tough racial issues surface — hide.

Like Derek Chauvin and his three colleagues, George Zimmerman should never have been arrested. In Zimmerman’s case, fear of the mob sapped the will of the weak-kneed Republicans then running Florida. What made the arrest possible was the testimony of a fraudulent “ear witness” to the event, a plus-sized impostor produced by attorney Benjamin Crump and believed by almost no one.

As a result of filmmaker Joel Gilbert’s stunning exposé of Crump’s inarguable deception, The Trayvon Hoax, Zimmerman is now suing Crump and his co-conspirators in Florida. The media have steadfastly refused to look at Gilbert’s evidence. In their world, narrative trumps justice.

Even more than they did with Martin, the media and their political allies have incited the mob to seek revenge, in this case for the death of the repeat felon George Floyd. Although Chauvin has a fair judge and an excellent defense attorney, it seems highly unlikely that 12 people will find the collective courage to acquit him, especially given that six of the jurors are non-white.

Chauvin’s best hope may be to find a champion like Juror #8 in that liberal wet dream of a movie 12 Angry Men. Said the defiant juror, played by Henry Fonda, “We may be wrong. We may be trying to return a guilty man to the community. No one can really know. But we have reasonable doubt, and this is a safeguard that has enormous value in our system.”

Other than Alan Dershowitz, does any liberal still see him, her, or zherself in Juror #8?