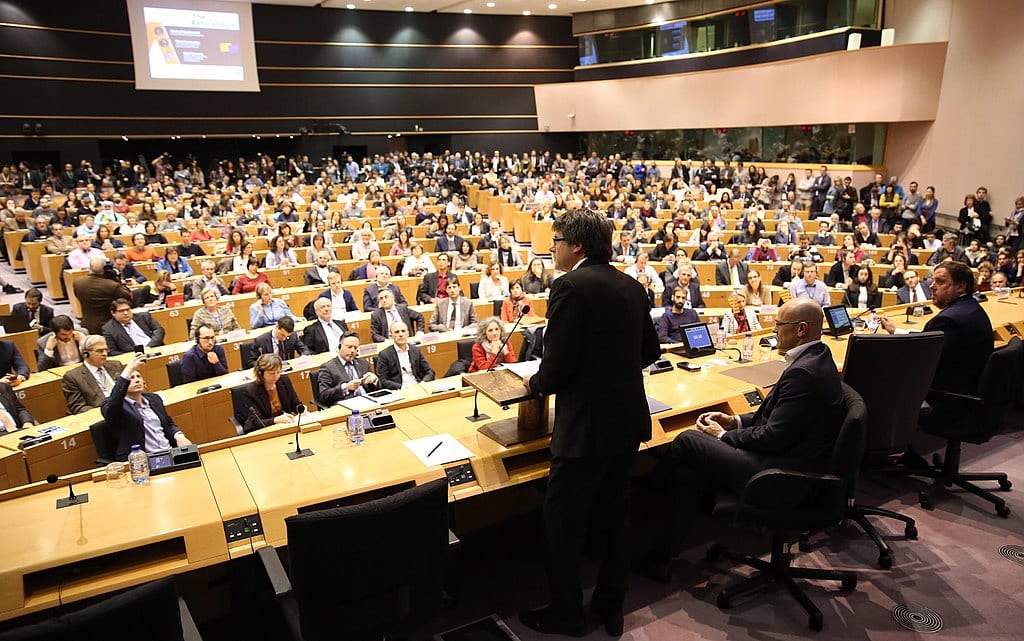 If you follow international issues on the news or in social media, you might have heard that Spain is currently either existentially threatened by Catalan terrorists or led by fascist dictators. While the truth is far more complicated than these extremes imply, there is no denying that Spain is experiencing serious political unrest that could have profound consequences for the future of that country and for Europe in general.

On the one hand are the Catalan independentistes, who are fighting for their natural right to self-determination. On the other is most of the rest of the Spanish state (along with many Catalans who wish to remain in Spain), who are fighting for national sovereignty and the rule of law. (As you would expect, the extremes are dominated by people more driven by hate than ideology, but I’ll just deal with the ideas here.) The current three-month trial of pro-independence Catalans on charges of rebellion is only the most recent manifestation of a broader conflict that has been cooking (at times just a simmer and at others boiling over) for years. Several indepententista leaders have been in prison for over a year and are currently standing trial for rebellion. If convicted they could face up to twenty-five years in prison.

How did we get here?

Upon the death of Francisco Franco in 1975, the role of Catalonia in the new Spanish state briefly came into question. Some Catalans called for independence, but the vast majority of them voted in favor of the constitution of 1978, which clearly affirms the “indissoluble unity of the Spanish Nation” and paved the way for a remarkable and mostly peaceful transition from dictatorship to democracy.

Pro-independence sentiment has never truly left Catalonia, though, and it really started to gain momentum in 2010, when Spanish courts rejected Catalonia’s statute of autonomy (originally written in 2006). One reason cited for the rejection was that the Catalans, who have for centuries rightly considered themselves a nation within the Spanish state, had explicitly called themselves a nation in the statute’s preamble. Catalans were justifiably upset at what they saw as the latest dig against their culture and right to self-determination. It was the last straw.

Shortly thereafter, the Generalitat (Catalonia’s autonomous ruling body) began running polls and un-official referendums regarding independence. The Spanish government naturally stated that any referendum would be illegal, as Spain, per its constitution, is indivisible. The only way independence could happen legally in Spain would be for the constitution to be amended, but there is no nationwide support for Catalan independence, and polls show that even inside of Catalonia at best only around half the population supports independence. Seeing no other path to independence than a non-sanctioned referendum, the (barely) majority pro-independence Generalitat passed a law allowing for a binding election to be held in October of 2017.

Spain’s prime minister at the time, Mariano Rajoy, told them this was illegal and that the national government would put a stop to things. But Carles Puigdemont, then president of the Generalitat, said they were going to press forward. The day came and about 42 percent of Catalans voted — but the entire process was a mess.

Those against independence overwhelmingly stayed home. Rajoy sent in the national police to keep polling stations closed. There were ugly images of the police shutting down polling places — sometimes violently. Puigdemont urged anyone interested in voting not to worry about voting in their precinct but to vote anywhere they could.

When the results of the election came back, they were widely in favor of independence — but not a single other country recognized the results of the poll as legitimate. How could they, given the circumstances? Puigdemont had gambled on a powerful third party stepping in to negotiate something between Spain and Catalonian independentistes, but that help did not materialize. Nevertheless, he decided to play his hand to the end and declared Catalonia an independent republic.

At that point, Rajoy had no choice but to declare a national emergency, revoke Catalonia’s autonomy for a time, and try to restore some kind of order. Puigdemont and much of his cabinet fled the country, while other leaders of the rebellion were arrested and have been in prison since.

Defenders of the accused claim that every nation has a right to self-determination and that Madrid has acted in tyrannical fashion. The prosecution argues that Spain has a clearly defined constitution and that if you are willing to unilaterally declare independence from a sovereign state, you must face the consequences.

How does this end?

No one knows, of course, but if the history of Spain tells us anything, it is that things can change in a heartbeat. I would not be surprised to someday see an independent Catalonia. However, right now it doesn’t look good for the independentistes. Puigdemont’s plan was clearly foolish. Spain cannot simply allow a referendum in Catalonia since its constitution plainly forbids it. Inside Catalonia support for independence continues to hover at about half the population. That’s enough to keep the fire burning, but not enough to make a compelling argument to the rest of the nation that now is the time to amiably part ways. Spain has no motivation at this point to amend the constitution because it holds all of the cards. Pro-independence Catalans have (thankfully) sworn off violence, but that means the best they can hope for is for a third-party to step in and try to negotiate something. Who would do so when such an act could theoretically destabilize all of Europe?

For better or worse, in the battle between the natural right to self-determination on the one hand and national sovereignty and the rule of law on the other, it seems pretty clear who currently has the upper hand.

Todd Mack is associate professor of Spanish at Hillsdale College.