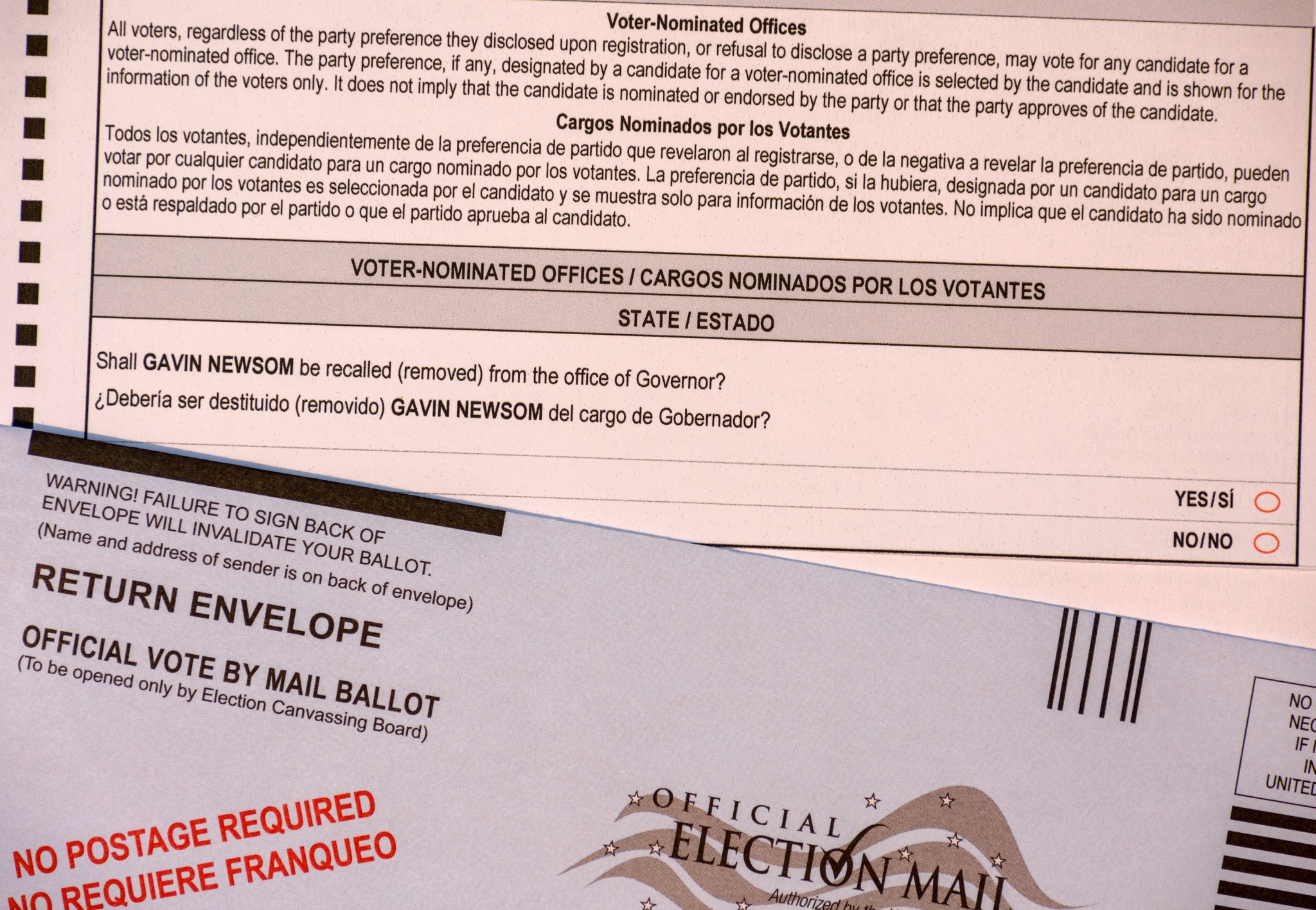 According to Post reporter Jacob Bogage, “postal workers would be strongly encouraged to comply with the mandate,” but they would not be forced to get vaccinated. To his humble credit, Bogage noted the paradox of Biden exempting “a massive chunk of the federal workforce … that interacts daily with an equally large swath of the public.”

Upon reading Bogage’s initial report, I was stunned that the Biden White House would coddle the USPS so conspicuously just a week before the California recall election. The “quid” in this case struck me as much too obvious a down payment on the “quo,” namely USPS cooperation in the mail-in voting. Given that ballots have been automatically mailed to every registered voter, the USPS has a major role to play in the election. All pundits seem to agree that Gov. Gavin Newsom’s future hinges on the mail-in vote.

Sure enough, on Thursday evening, Bogage tweeted a correction. “JUST IN: White House official now says USPS workers ARE part of the federal vaccine mandate under OSHA jurisdiction, though technically not under the executive order.” As shall be seen, given Bogage’s history with USPS, I am not sure I believe the correction.

In his initial article, Bogage credited union pressure with this startling exemption. That makes sense. Biden owes a lot to the postal worker union, the National Association of Letter Carriers (NALC). In August 2020, the NALC strongly endorsed the Biden-Harris ticket, telling its members that “the very survival of USPS” was at stake in the upcoming election.

The results of an extensive post-election canvass in Arizona’s Maricopa County raise the possibility that political operatives within the USPS may have rigged the game. The canvassers visited nearly 12,000 homes of registered voters, 4,570 of whose residents agreed to participate in the canvass. These citizens voted “primarily by mail.” Maricopa County records showed 964 of the 4,570 not voting in the 2020 election. Of the 964, however, 330 — 34 percent — reported that they had actually voted.

Based on that sample, Liz Harris, the canvass organizer, projects that 173,000 votes went missing in Maricopa County alone. Critics, of course, were quick to pounce. “From the description in the report, it is clear that this was not a random sample,” said Stanford University political science professor Justin Grimmer. “Even if it was random, he said, certain areas were oversampled, and the authors didn’t take into account that the people who responded to the canvassers were likely different than those who didn’t respond.”

Grimmer’s comments are not unfair, but even if Harris overestimated county totals by a factor of five, the 34,600 missing votes would have been enough to swing a state that Joe Biden officially carried by roughly 11,000 votes. Unfortunately, however, if postal workers were responsible for manipulating those ballots or ballots in any other swing state, we have almost no know way of knowing.

The case of former Erie, Pennsylvania postal worker Richard Hopkins shows the folly of entrusting 66 million ballots to an entity openly hostile to a presidential candidate. According to Hopkins, he overheard his postmaster relating to a co-worker how ballots processed after Election Day should be backdated in order to count in the 2020 election.

A friend suggested Hopkins contact Project Veritas, which he did. Having served with the U.S. Marines in Afghanistan, Hopkins thought it his patriotic duty to tell what he knew. After much hesitation, he went public. “I’m nervous because this is a big deal,” he told Project Veritas’s James O’Keefe. “This could mean my job. I want to ensure that this election is done correctly. I don’t care who wins.” On Friday, November 6, three days after the election, Project Veritas aired its interview with Hopkins.

Quick to follow up, on Monday November 9, the USPS Office of Inspector General sent criminal investigator Richard Strasser to Erie to interview Hopkins. Wary of Strasser’s intent, Hopkins surreptitiously recorded the interview. It is a good thing he did. “This storm is getting crazy, right?” said Strasser right out of the chute. “It’s out of a lot of people’s control. And so, the reason they called me in is to try to harness that storm, try to reel it back in before it gets really crazy.”

“To reel it back in?” Strasser could not have been more clear about his intent. He was not there to investigate Hopkins’s claim, but to suppress a scandal in the making. In an interview that lasted more than three hours, without an attorney or a union rep present, he repeatedly hinted at the consequences of Hopkins going forward with his story. Said Strasser, “I am scaring you here, okay?”

Hopkins had earlier signed an affidavit with Project Veritas attorneys attesting to the truth of what he overheard. A skilled manipulator, Strasser convinced Hopkins that if he were to “update his statement,” he could escape retaliation by the USPS. Strasser did not give him a copy of his “updated” affidavit. Nor, for that matter, did Strasser protect Hopkins from retaliation.

A day after the interview, November 10, Hopkins was sacked. “On November 5th and 6th, 2020,” wrote Stephanie Hetrick, Manager, Customer Service, “your actions may have placed employees and yourself as well as the reputation of the US Postal Service in harm’s way. You are to remain off work until the completion of the OIG and internal investigation.”

On that same day, November 10, the House Democrat Oversight Committee tweeted the following: “BREAKING NEWS: Erie, Pa. #USPS whistleblower completely RECANTED his allegations of a supervisor tampering with mail-in ballots after being questioned by investigators, according to IG.”

On that same day as well, November 10, the aforementioned Jacob Bogage and his partner in crime at the Post Office, Shawn Boburg, rushed out a story headlined, “Postal worker recanted allegations of ballot tampering, officials say.” According to the reporters, Hopkins admitted “that he fabricated the allegations.” They cited as their anonymous sources “three officials briefed on the investigation.” Consider that just the day before, Hopkins had spoken only to Strasser and one other agent. Within 24 breathtaking hours, the USPS IG’s office colluded with Democratic leadership and the WashingtonPost to kill this story in the womb.

What the conspiracists did not yet know, however, was that Hopkins recorded the interview. Project Veritas did know. On November 11, Hopkins went public again saying he had not recanted. “I’m kind of pissed,” said Hopkins. “I feel like I just got played.” He did get played, but no one in the media wanted to hear the ugly truth of what happened to courageous whistleblower Richard Hopkins.

Will Biden and cronies force vaccinations on their most valuable political partners? Doubt it. Besides, how will we know if they don’t?