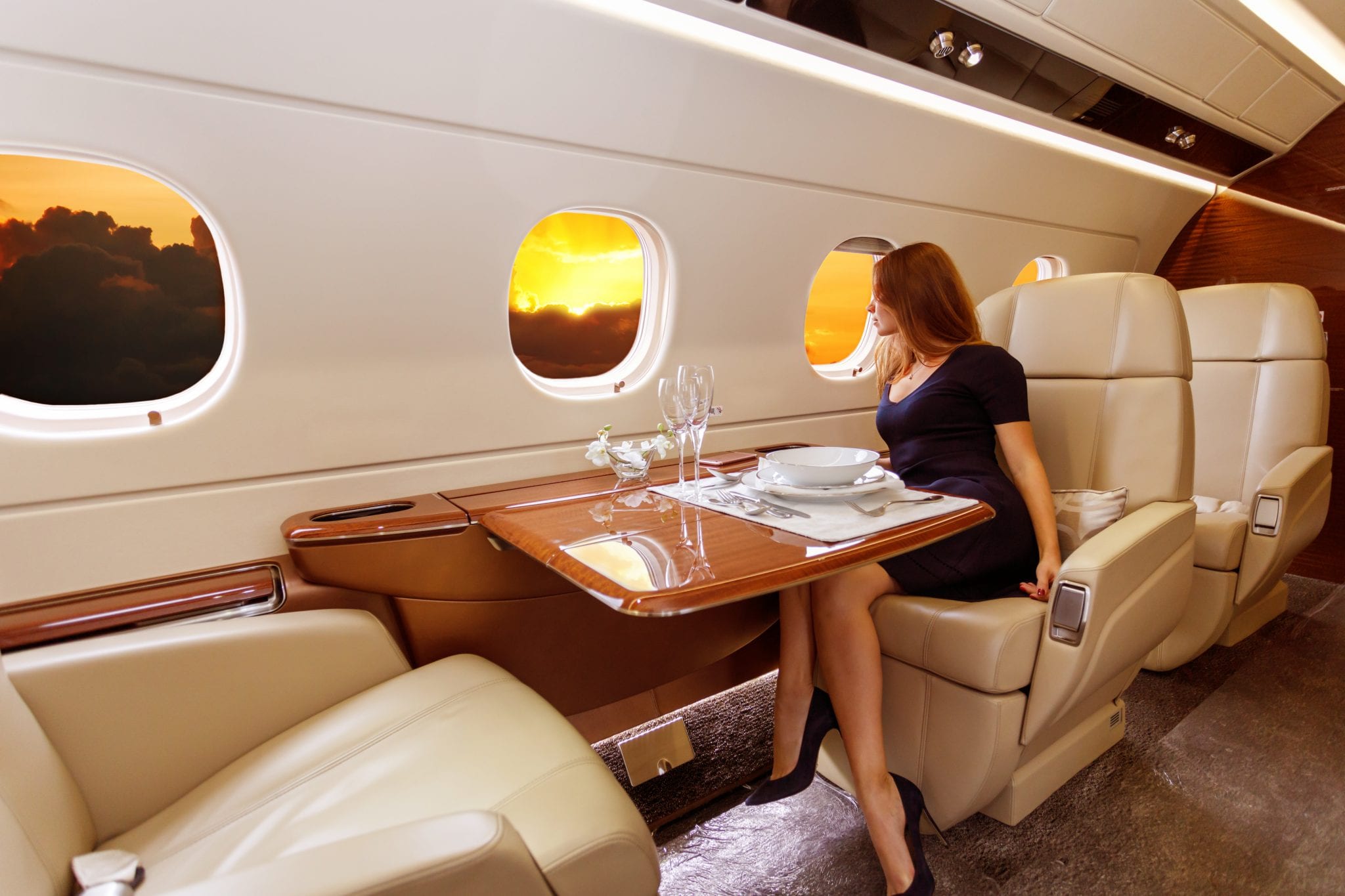 She actually patted me on the bottom. Not in an affectionate way. Still less a sexual way. I don’t expect either of those things at my age. No, it was more perfunctory and aggressive than that. She was shooing me out of business class and back into coach, where I clearly belonged.

My crime, you see, had been wanting to use the toilet. Not an uncommon experience, even at 30,000 feet. I had risen from my seat and observed with horror the long queue for the toilets at the back of the plane. It was about 20 passengers deep, all of them anxiously hopping about. But then I peeped through the curtain separating “my” area from the privileged few and saw not only no queue for the toilets but also that both cubicles were free. So I did what any right-minded person would do and strode forward in search of relief.

Big mistake. Crossing the Berlin Wall would have been easier. She appeared out of nowhere, this hostess, and although her precise words were, “Can I help you, sir?,” her eyes said, “GET OUT OF HERE, YOU RAT!” I half expected her to point a gun at my head. But she settled for the shooing backside pat. Guiltily, I scuttled back to coach, joined the back of the queue, and started hopping.

More than ever before, that curtain between business (or first) and economy is the dividing line between the good life and purgatory. One of the many problems with being in coach is that you can actually see glimpses of that better life. You can smell the chateaubriand and hear the clink of silver cutlery, the corks being pulled and the nectar being poured. It’s all, agonizingly, within touching distance.

And it starts right away, when you buy the ticket in the first place. Is anyone else made to feel inferior for purchasing an affordable ticket, for hundreds, not thousands, of dollars? The very word “economy” makes me feel a miserable failure in life, like I flunked all my exams, live on welfare, and have never had sex.

Of course, it’s all a clever marketing trick. In reality, most of us travel coach. Look at the layout of a jumbo: the area reserved for first class might seat 15. The same area in coach houses about 150.

And when did it become standard for economy passengers not to get any food or drink unless they pay for it? I think it was British Airways (that unloved beacon of shocking standards) that started it. But they’re far from being the only ones. I was flying Ukraine Airlines a couple of weeks ago and had to ask three times for some tap water. It never arrived. I ended up paying nine euros for a small cup of tepid and ferociously vile white wine.

On the other hand, if you’re privileged enough to travel at the front, nothing is too much trouble. “You have a choice of wines with your dinner this evening, sir.” “Would you like me to make up your bed, sir, so you can have a good night’s sleep?” “Shall I wake you for breakfast, sir, or would you like to continue sleeping?” “When would you like your complementary head and shoulder massage, sir?” “May I kiss you good night, sir?” (All right, nobody’s said that last one, but you get the point.)

On the rare occasion a client pays for me to travel business or first (I’m not crazy enough to pay myself), I love it so much I never want it to end. “First-class passengers get off the plane first, sir.” “No, no, just leave me here, please.”

This came home to me on a flight I took a few years ago, in business, from London to Singapore. About 12 hours, it was. As you’d expect, I had a great time. I’d had two lovely meals with excellent wines, watched a couple of Hollywood blockbusters, accepted everything offered to me by the charming steward (“Would sir like a top-up?” Answer: “Is the Pope catholic?”), had a good nap and then a long conversation with a fellow passenger in the spacious bar area (reserved for first and business, of course). The trouble was, after all that, there were still six hours of flying time left. So, feeling a little fidgety and tipsy, I had a wander around the plane, and absentmindedly drifted into economy.

Oh, my God. It was like going from Davina Luxury Spa to Alcatraz. A sea of exhausted faces greeted me, bunched up like battery hens amid a dense, stale fug of human odor and shattered boredom. I stood there for a while, taking it all in and wondering how on Earth one A380 could accommodate two such wildly different experiences within a few feet.

I’ve never been so relieved to get back through the curtain. And it must have showed: “You look a little peaky, sir. Would you like a little something to eat?” Honestly, anyone would have thought I’d just been rescued from a burning building.

Lovely though it is to travel up front, it’s surely time for airlines to even up the experience somewhat by treating economy passengers with a tad more civility and respect. We’re not asking for pedicures and caviar, but it would be nice, like in the old days, to have a glass of wine without paying through the nose and more than three millimeters of leg room.

Is that really too much to ask? Oh dear, I suppose so.