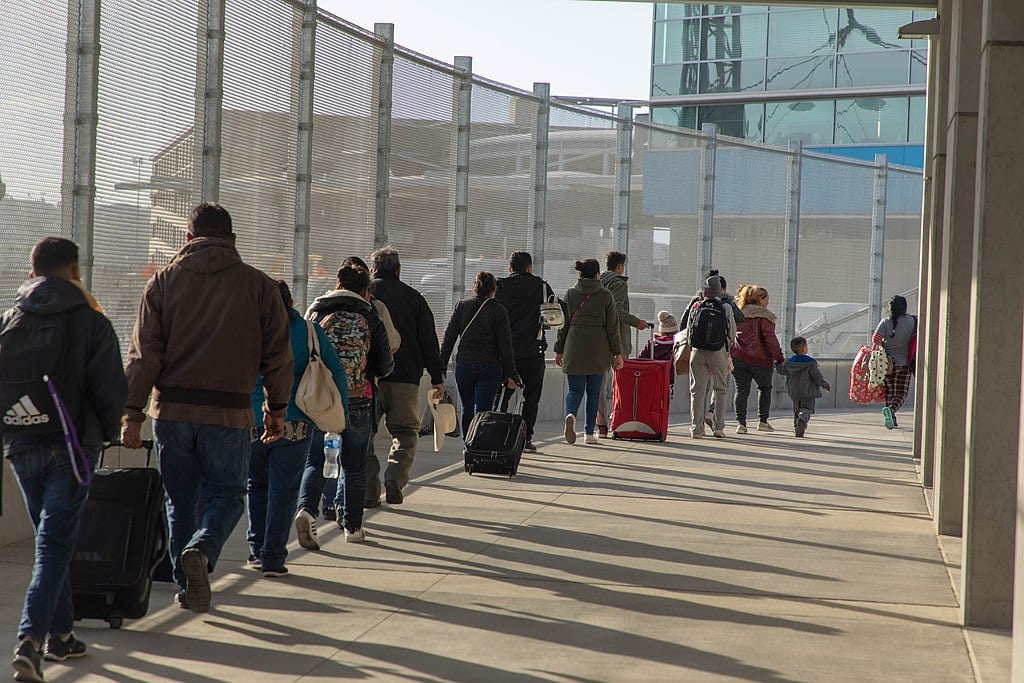 President Trump launched another battle for border wall funding on Monday, calling for $8.6 billion in his proposed federal budget for next year. Top Democrats came out swinging, bashing a border wall as “expensive and ineffective.”

Truth is, Dems are not leveling with the public about the billions we’re already forced to spend on shelters, food, diapers, medical care, and child care for migrants sneaking across the border and claiming asylum.

Not to mention the costs of public schooling and healthcare provided free to migrants once they are released into communities. The wall will pay for itself in less than two years. It’s a bargain.

Look what it costs us when a Central American teen crosses the border illegally without an adult. Uncle Sam spends a staggering $775 per day for each teen housed at a shelter at Florida’s Homestead Air Reserve Base. There they get medical care, schooling, and recreation. They stay, on average, 67 days before being released to a sponsor. Do the math. That’s almost $52,000 per teen. American parents would appreciate the government spending that money on their kids. Imagine the government handing you a check for $52,000 for your teenager.

There are bigger costs ahead. The number of illegal border crossers just hit an eleven-year high. More than 76,000 people in February alone. U.S. and Mexican officials predict hundreds of thousands more in the coming months.

The migrants use the word “asylum” as their get-in-free card. When they say it to a border agent, about 80% of the time they’ll get taken into custody, housed temporarily, and eventually released with an immigration court date. But instead of showing up, over half then disappear into the U.S.

They’re turning asylum into a scam. The system is meant to protect true victims of state-sponsored religious, ethnic, or political persecution. Such as Cubans fleeing Castro’s prisons. Now it’s overwhelmed by Central Americans escaping poverty for a lifestyle upgrade.

Legal immigrants also want to better their circumstances, but they play by the rules and wait years. What a slap in the face to see migrants jump the line using flimsy asylum claims.

Unfortunately, a federal appeals court just made the asylum hoax even easier. Last week the left-leaning Ninth Circuit ruled that migrants who fail to convince border authorities they face danger in their home country still have a “right” to a day in court in the U.S. That bizarre ruling won’t stand. Another circuit court ruled the opposite way in 2016, clarifying that a border agent’s decision is final and entering the U.S. is a privilege, not a right. The Supreme Court let that earlier decision stand, so count on the Supremes to reverse the Ninth Circuit.

In the meantime, though, taxpayers are getting fleeced by caravans of fake asylum seekers.

Even before the latest surge, Department of Homeland Security was spending over $3 billion a year sheltering and feeding illegals at the border, double the cost in 2011.

Add to that the hundreds of millions being spent caring for unaccompanied teenagers in 130 shelters overseen by the Department of Health and Human Services.

President Trump has tried several strategies to protect taxpayers from these rip-offs. First, he barred illegal migrants from asking for asylum, requiring that asylum seekers enter the country through official ports of entry. That would have reduced their numbers considerably. But in November, a federal district judge, also from the Ninth Circuit, nixed the president’s regulation.

Then Trump devised a “Remain in Mexico” arrangement to make Mexico the waiting room for asylum seekers. As long as they’re south of the border, the U.S. doesn’t have to house them, and they have no “right” to public schooling and emergency medical care on our tab. The program, if successful, will save U.S. taxpayers a bundle. It’s one way Mexico is already helping to pay for the wall.

Dems claim it’s a waste to spend billions on a wall. But the facts show we can’t afford not to build it. As the cover of the President’s new budget says, “Taxpayers First.”