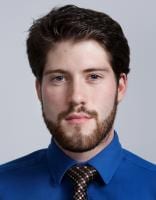 Yaël Ossowski is a journalist and informational entrepreneur based in Vienna, Austria.

He is currently Deputy Director of the Consumer Choice Center. Since 2010, he has worked as a journalist and grassroots organizer with pro-liberty activists around the world. He was previously Watchdog.org’s Florida Bureau Chief, Spanish translator, and national investigative reporter from 2012-2015.