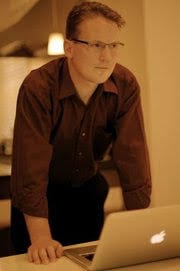 Mr. Poblete represents individuals and corporations on both domestic and international matters in his regulatory litigation and transactional practice. He helps clients navigate the complex legal, and at times political, federal interagency regulatory and legislative processes primarily on matters overseen by the Department of State, Department of the Treasury, Department of Commerce as well as the Congress.

Before forming Poblete Tamargo in 2010, he worked as a senior regulatory attorney in the Global Regulatory Litigation group of Reed Smith LLP. Prior to Reed Smith, Poblete worked for House Ways and Means Committee Chairman, Rep. Bill Thomas (R-Calif.), as well as a Congressional Committee. During his tenure on Capitol Hill he was selected several times by the editors of Roll Call newspaper as one of the “50 Most Influential Staffers” in the Congress. Prior to the Hill, Poblete worked for seven years at the Republican National Committee (RNC), starting in 1993, the year before the Republicans won control of Congress for the first time in 40 years.