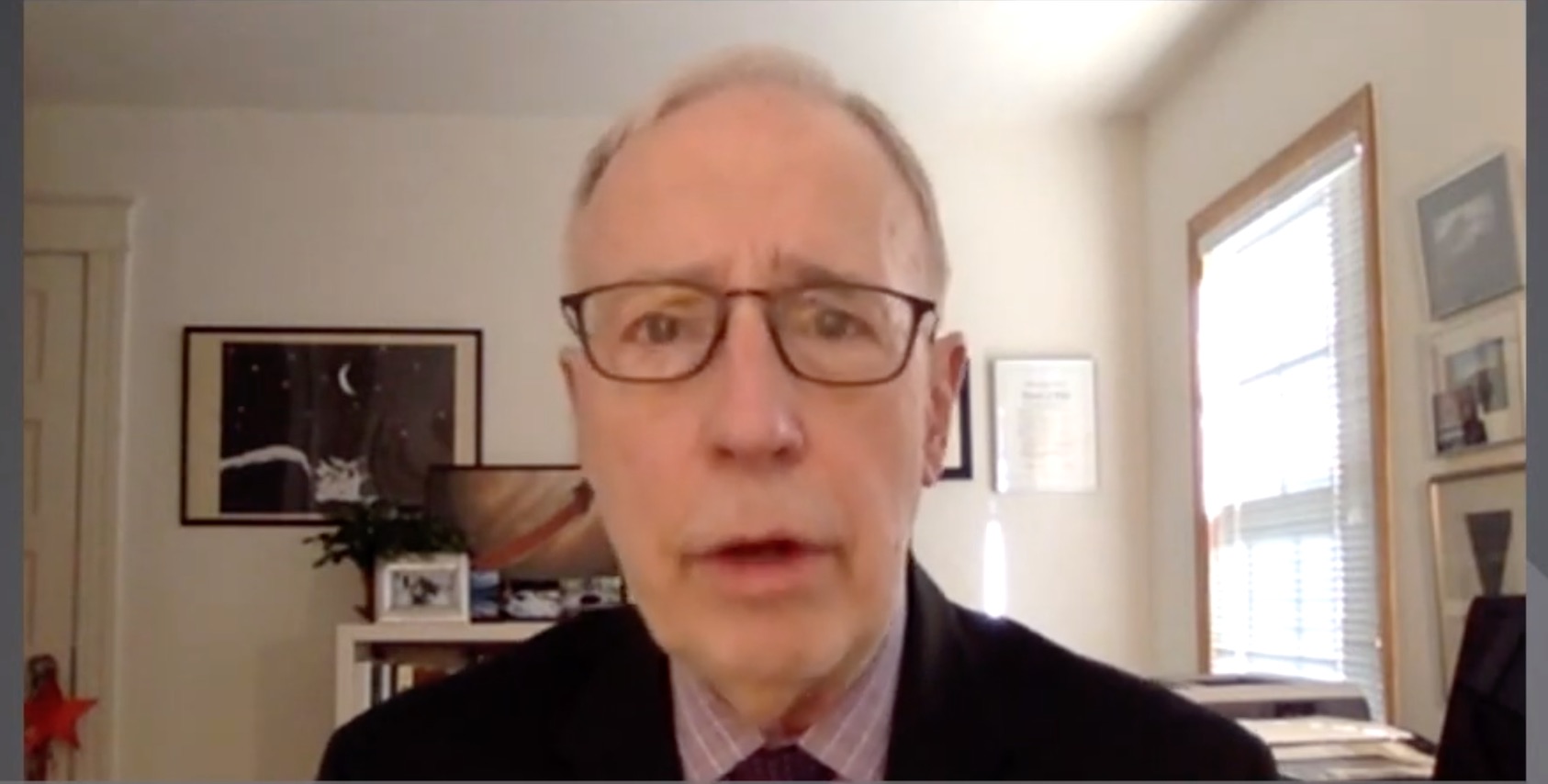 If you believe the media, Joe Biden is heading toward a landslide of such historic proportions that even Texas may tip into the Democrat’s column. Of course, no intelligent person actually believes this, but the propaganda organs of our national media are so devoted to Team Joe that the possibility of turning Texas “blue” continues to be the subject of allegedly serious reporting.

A well-informed source in Texas tells me GOP internal polls show a tighter-than-usual contest there, and Democrats are bombarding young Texans with get-out-the-vote text messages, but this is a state Trump won with a comfortable margin of more than 800,000 votes in 2016. Nevertheless, the media are dreaming the impossible dream. The Washington Post’s Dan Balz, for example, expended some 1,500 words exploring the scenario of a “Biden upset” in Texas driven by “a huge Democratic surge” in a state that no Democrat has won since 1976. The Associated Press last week published an article breathlessly hyping “the surprise of Democrat Joe Biden appearing viable in Texas so late in the game,” a possibility the AP insisted had inspired “some party leaders and supporters impatient for the former vice president to go all in.”

The enthusiasm for Biden is so contagious, the media want us to believe, that even Texas is teetering on the brink. But Biden isn’t campaigning in Texas, is he?

Well, why not? After all, the media continue publishing polls that show Biden leading President Trump by astonishing double-digit margins. ABC News and the Washington Post, for example, expect us to believe their recent poll showing “Landslide Joe” with a 12-point lead nationwide. Nor is this poll an isolated outlier. Biden’s lead is 11 points, according to NBC News and the Wall Street Journal, and 16 points according to CNN.

If we can believe what the media is telling us about the former vice president’s vast advantage, then why shouldn’t Biden “go all in” and try to win Texas? But nobody actually believes the polls, not even Biden’s own campaign staff.

“We are not ahead by double digits,” Biden campaign manager Jen O’Malley Dillon told supporters Friday in an online “grassroots summit.” Dillon said the national polls are showing “inflated … numbers” and, while she didn’t specify the size of this inflation, Team Biden continues to focus on a handful of key battleground states. Texas is not on the list, no matter how much hype his media minions give to the prospect that “Landslide Joe” might win the Lone Star state.

What the media are doing, not just with poll numbers, but with everything else about this campaign, is an exercise in deliberate dishonesty — “malarkey,” as Joe Biden might call it. Because of their profound loathing of Trump, the political press corps are desperate to believe that their four-year nightmare will soon end. Their deepest fear is a repeat of 2016, when their overconfidence in Hillary Clinton led to an Election Night embarrassment that none of them had predicted (see “Why Is the Media Madness Intensifying?”). Part of the problem, as Biden’s campaign manager indirectly acknowledged, is that national polls are a poor reflection of the Electoral College result, which actually determines who becomes president. Democrats in recent presidential elections have run up overwhelming margins in a handful of large states. In 2016, Hillary Clinton won California by a margin of 4.3 million votes, while winning New York with a 1.7-million vote margin and scoring margins of 900,000 votes in both Illinois and Massachusetts. These four states favored Clinton over Trump by a combined margin of nearly eight million votes, but the Electoral College doesn’t factor in the size of a candidate’s win in any state. Trump was able to eke out narrow victories in key swing states — Florida, Pennsylvania, Michigan, and Wisconsin — and thereby won a 304-227 majority in the Electoral College, so that Clinton’s nationwide advantage in the popular vote meant nothing.

One of the few people to sound the alarm about Democrat overconfidence in 2016 was Nate Silver of the FiveThirtyEight blog. Appearing on ABC’s This Week two days before the election, Silver warned that while polls showed Clinton ahead in swing states, her margins were “deceptively small,” meaning that with just a slight shift toward the Republicans in turnout, “all of a sudden Trump could very easily win the electoral college.” Nevertheless, in his final Election Day forecast, Silver gave Clinton a 71 percent chance of winning. Trump thus overcame nearly 3-to-1 odds against him by one of the best political handicappers in the business. Other handicappers had even higher odds, with the New York Times giving Clinton an 85 percent chance of winning and Huffington Post giving her a 98 percent chance.

Not only are national polls an unreliable predictor of presidential election outcomes, but polls in 2016 battleground states were substantially off the mark. As late as October 19 four years ago, the RealClearPolitics average of polls in Michigan had Clinton ahead by 12 points; she lost Michigan by a margin of about 11,000 votes. In Pennsylvania on October 19, 2016, the RCP poll average showed Clinton with a comfortable 6.2-point margin, leading Trump 47.8 to 41.5; she lost Pennsylvania by about 44,000 votes. While the Trump reelection campaign doesn’t have the same surprise factor that helped him score such upsets four years ago — obviously, Democrats now know their supposedly invincible “blue wall” was not really invincible — the point is that polls consistently erred in one direction. Nowhere did the polls overestimate Trump’s strength; always, the polls exaggerated Clinton’s support.

Do we have any reason to believe that support for Joe Biden is more enthusiastic than was the support for Hillary Clinton four years ago? We might well imagine that the bitterness of their 2016 defeat has had an energizing effect on Democrats. It is also true that some people who voted for Trump are now disillusioned. But are either of these factors enough to explain the media-hyped “Landslide Joe” scenario in which polls appear to show Biden headed to a victory of historic proportions, perhaps even winning Texas? Consider a survey reported last week by the Washington Examiner’s Paul Bedard, which found that a solid 68 percent of battleground-state “swing” voters (2012 Obama voters who went with Trump in 2016) are planning to vote for him again this year. The survey found that these voters specifically reject a central claim of the Biden campaign, namely that Trump is to blame for the coronavirus pandemic. Despite the anti-Trump media barrage, his supporters seem to be hanging tough.

Whatever the polls may say, there is plenty of visible evidence that the Biden campaign is suffering from a deficit of voter enthusiasm. Whenever the addled 77-year-old Biden ventures out of his Delaware basement, his campaign-trail appearances attract mere handfuls of supporters by comparison to the massive cheering crowds who turn out for the president’s rallies. Trump’s supporters spontaneously stage boat flotillas and campaign caravans, whereas Biden’s supporters — well, they’ve had quite a few riots, but violent sprees of arson and looting probably won’t win over many suburban swing voters.

Why do you think the media machine went into complete freak-out mode over the revelation of Hunter Biden’s emails last week? The Biden campaign never denied the authenticity of those messages, which seem to confirm that the former vice president’s cocaine-addicted son was peddling influence in Ukraine and elsewhere. Despite this non-denial, the media launched into a hysterical meltdown, claiming that this story somehow was “Russian disinformation.” Twitter and Facebook sought to suppress the story, and the one time Biden was asked about it, he accused the reporter of promoting a “smear campaign.” Yes — that notorious right-wing outlet CBS News! Sunday, the Biden campaign announced that their candidate would not make another public appearance until the debate scheduled for Thursday. As a tactic to avoid questions about a major scandal, Biden’s retreat to his basement is certainly innovative. But whoever heard of hiding the candidate from public scrutiny for four days in the home stretch of a campaign?

If the media were really so confident in “Landslide Joe,” wouldn’t they have confidence in his ability to withstand the damage from the Hunter Biden scandal? After all, we are expected to believe, Biden is leading by double digits nationwide, and is ahead in every crucial battleground state. The enthusiasm for Biden is so contagious, the media want us to believe, that even Texas is teetering on the brink. But Biden isn’t campaigning in Texas, is he? He’s not in Texas. Or Florida, or Ohio, or Wisconsin — no, he’s locked down in his Delaware basement.

Maybe the Biden campaign is working from some kind of genius four-dimensional chess strategy that we simple-minded “deplorables” can’t understand. Maybe the polls are accurate, but on the other hand, maybe they’re just a load of malarkey. Either way, the only way Biden can win this race is with the assistance of the media trying to drag his aging carcass across the finish line. They’re pulling as hard as they can, and it still might not be enough.