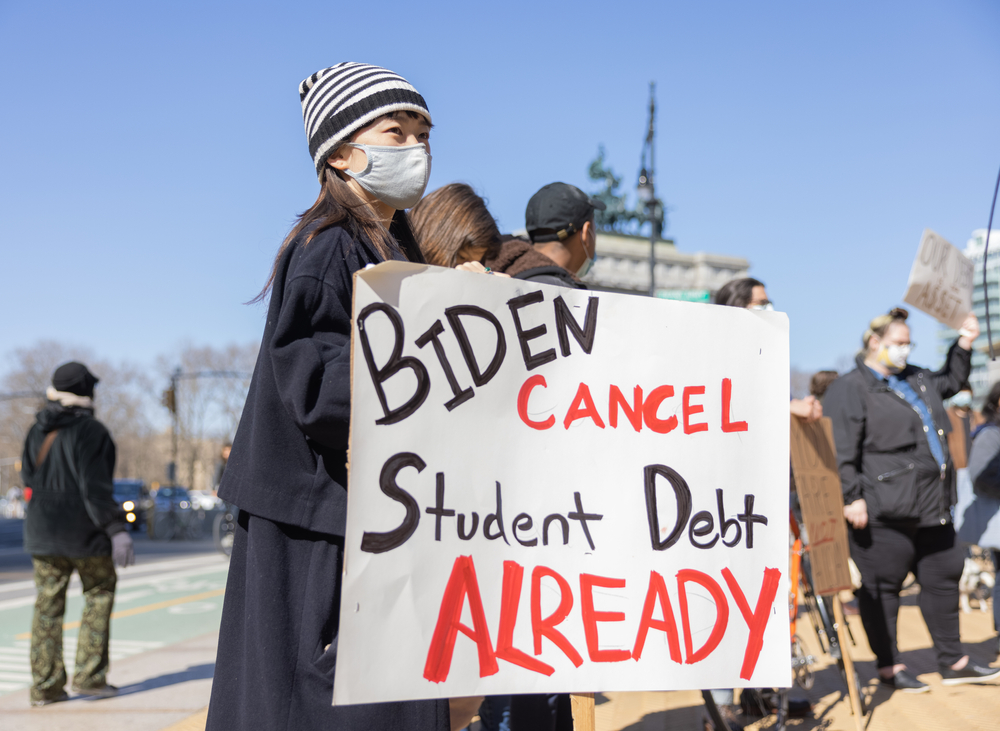 President Biden recently announced his plan to forgive up to $40,000 dollars of student loan debt per household making up to $250,000. I wish he had told me about that when I had $1.50 in my bank account and was eating a balanced diet of green beans and Captain Crunch so I could graduate from college debt-free.

Use of the term “forgiveness” to describe President Biden’s latest political move obscures the true effect. The debts will not simply vanish at the stroke of the president’s pen. “Transfer” would be a more accurate descriptor. Better yet? “Injustice.”

Who will bear the brunt of the shifted weight of student loan debt? The very people Biden says he intends to help — middle- and working-class Americans — with concentrated harm to those who made smart fiscal choices.

Here’s how: First, it rewards the wrong behaviors. The premise of a college degree is that it increases your lifetime earnings enough to justify its expense. If it doesn’t, then college isn’t right for you.

As recent college graduates, my husband and I put a lot of thought into our higher education and made significant sacrifices to do it the right way. We’ve sacrificed income and standard of living to increase our earning potential and worked hard to ensure we accrued minimal debt along the way.

Anyone whose dad doesn’t drive a Porsche is going to have a harder and harder time getting a college degree.

Do we require a pat on the back or a federal subsidy to do so? No. We will earn back what we’ve lost in future income because we were thoughtful about our fields of study and employment choices.

While I was skimping and saving to minimize debt, many of my peers were living large, making thoughtless choices about their field of study, and are now making minimum payments. As a result of their profligacy, they have large debt balances outstanding while we have paid off our minimal loans.

This should be the part of the story where they learn a life lesson. Imagine my surprise when I found out that the life lesson was for me: that I was eating cereal for dinner so I can now pay for my profligate peers’ burgers and beers through higher taxes and inflation.

Inflation is a certainty with a massive spending initiative like Biden’s student loan debt repayment plan, with a price tag that could exceed $1 trillion. For perspective, government direct payments to individuals in the COVID-19 relief effort totaled $931 billion, and the inflationary effects are well documented.

But at least I and many other college graduates have a middle-class income with which to absorb the added expense. Inflation poses a much grimmer problem for low-income Americans, many of whom, in a sad irony, don’t have a college degree at all.

As it turns out, federal programs that pay for college are a two-edged sword. As more people attend college, more employers now see a bachelor’s degree as a basic qualification — even when the job didn’t require one before. One study found that “just 16% of supervisors of production workers currently hold a college degree. But 67% of job openings for these positions require bachelor’s degrees.”

More occupations have become affected by degree inflation, including ones that were previously some of the most accessible to the poor, including administrative assistants and child-care workers.

The bottom line? A college degree is no longer considered advanced education but is rather a basic requirement for previously accessible work. This locks the poor out of honest employment opportunities — unless they join the hordes taking out massive debt for increasingly common degrees. (READ MORE: Biden’s Grotesque Plan to Pardon College Debt)

Finally, Biden’s student debt transfer does nothing but drive up the cost of college education.

Any modicum of self-restraint and careful planning borrowers should have will certainly be destroyed as they see their school debts less like a loan to repay and more like a meaningless number that can be crossed out by the president’s pen. And universities will leap at the opportunity to make more money from borrowers with all brakes removed.

As a result, future college students can expect an even higher bill to earn a basic degree — and, with it, even more crushing debt. Anyone whose dad doesn’t drive a Porsche is going to have a harder and harder time getting a college degree.

Biden states that his student loan debt plan is to help the working class get a leg up. Sadly, not only will it not do that but also will make the bottom rung of the ladder to success an even higher reach — leaving more and more people unable to make it on the ladder at all.

A virtuous policy is one which rewards the right behaviors, lets reality punish the wrong ones, and makes it easier to earn an honest living. Let’s not confuse President Biden’s student loan debt plan as anything like that.

Savannah Aleckson serves as the Events Director at the True Charity Initiative, which champions a national movement of voluntarily funded, effective charity at the most local level.