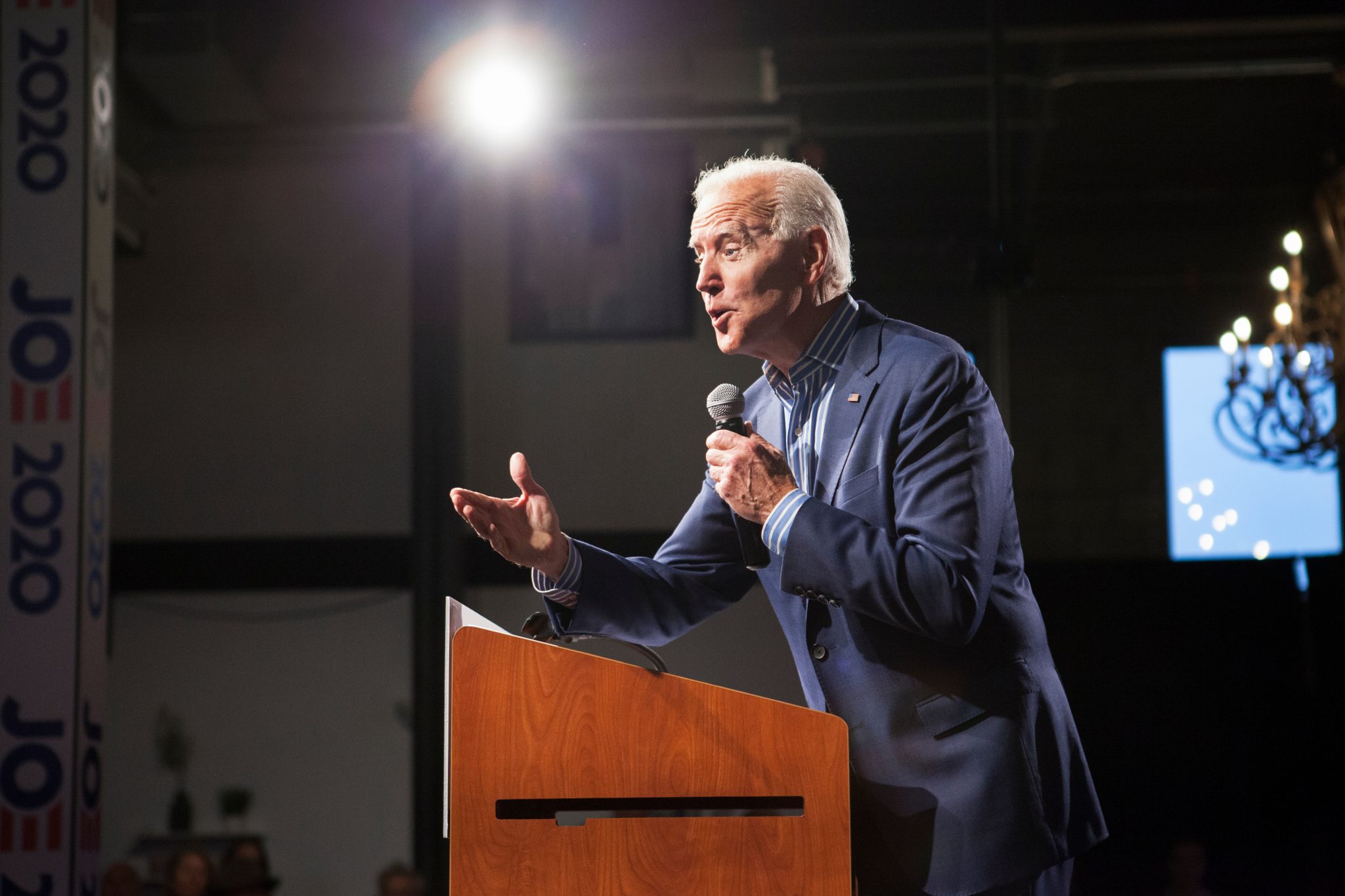 Biden’s race-centered strategy is very clear; the depth of its Machiavellian quality is less so. There was no subtlety in Biden’s acceptance speech at the Democratic National Convention last week. It immediately established race as its theme and rarely diverted. In doing so, Biden’s acceptance speech revealed the nuance of the strategy he intends to pursue to the White House.

Just over a year ago, Democrats were beginning their grueling debate marathon. So crowded was their field, they had to split their debates. By chance, Kamala Harris and Joe Biden shared the stage on June 27. Biden was already stumbling and vulnerable, and Harris was looking to play the race card against him. What transpired was the otherwise forgettable Democratic debates’ most memorable moment, a personal, visceral attack on Biden’s race record:

On the issue of race, I couldn’t agree more that this is an issue that is still not being talked about truthfully and honestly…. I’m going to now direct this at Vice President Biden, I do not believe you are a racist, and I agree with you when you commit yourself to the importance of finding common ground. But I also believe, and it’s personal — and I was actually very — it was hurtful to hear you talk about the reputations of two United States senators who built their reputations and career on the segregation of race in this country. And it was not only that, but you also worked with them to oppose busing. And, you know, there was a little girl in California who was part of the second class to integrate her public schools, and she was bused to school every day. And that little girl was me.

Despite her explicit disclaimer that she did not believe Biden a racist, the implication was clear. Biden’s response was equally personal, confirming Harris had hit home: “It’s a mischaracterization of my position across the board. I did not praise racists. That is not true.”

Biden immediately retreated to Obama for protection, “as the vice president of the United States, I worked with a man who, in fact, we worked very hard to see to it we dealt with these issues in a major, major way.” Biden then tried to explain his position on busing.

Harris left Biden a moral exit by saying she did not believe he was a racist. Biden does not intend to offer that escape hatch to his opponents.

Biden never extricated himself from the Harris ambush. Finally, he limped away with “my time is up, I’m sorry.” At the time, it seemed Biden’s words might be prophetic.

Following that debate, Biden would continue to struggle, as a pattern of poor public performance emerged. He would be in danger of being driven from the race early; not until the South Carolina primary would he gain his footing and then his momentum.

Harris emerged looking like a top-tier candidate. Unable to pry black voters from Biden, however, she flamed out quickly. By December, Harris was gone before voting even began.

Fast-forward nine months later. Biden and Harris are again sharing a stage. This time, it is at the Democratic National Convention’s closing; Harris is now Biden’s running mate and Biden has just given his nomination acceptance speech.

Biden’s speech told America all we needed to know about why Biden chose Harris — despite their acrimonious past — and where Biden intends to take his campaign over the next two months. If Joe has his way, this will be a race on race.

His acceptance speech’s first words, after “good evening,” were “Ella Baker, a giant of the civil rights movement, left us with this wisdom: Give people light and they will find a way. Give people light, those are words for our time.”

Having connected his campaign message with “light,” he would use “light” repeatedly throughout his 25-minute address. Although lacking specifics, his subliminal racial message was clear: I am the anti-racist; if you are not with me, you are a racist or condone racism.

For those on whom such subtlety might be lost, he was explicit too. He called out “communities who have known the injustice of the ‘knee on the neck.’ ” Biden also listed “the most compelling call for racial justice since the ’60s” as one of the “four historic crises” he enumerated. When mentioning coronavirus’s economic impact, he singled out minority communities as “bearing the brunt of it.” Race was everywhere.

The speech’s fulcrum was the implication that Biden was doing far more than just running for president. Biden laid claim to leading a movement to complete the work of the 1960s civil rights movement. “History has thrust one more urgent task on us. Will we be the generation that finally wipes the stain of racism from our national character?” Biden even cited the Charlottesville protests of three years earlier as the motivation behind his campaign (despite not announcing for another two years): “For me, a call for action. At that moment, I knew I’d have to run.”

In case you had somehow managed to miss Biden’s racial tunnel-vision, he also concluded with mention of John Lewis, George Floyd, and Floyd’s daughter Gianna.

If his acceptance speech’s sentiment sounds familiar, it should. It is the same one with which Kamala Harris ambushed Biden in their June 2019 debate.

It would be easy to label Biden’s use of Harris’s race club as just another instance of liberal hypocrisy. But Biden’s lifting of Harris’s petard — which once had lifted him — goes beyond an accusation of conventional political hypocrisy.

For anyone who questioned how Kamala Harris could be Biden’s VP selection after their history, the answer is clear. Despite her very personal attack of Biden on the issue of racism, it was precisely because of that willingness — not despite it — that she was chosen. Harris was demonstrably willing to take a campaign in the direction Biden wants to go.

This was crucial to Biden because, while he wants to go in that direction, he intends to take his campaign further than Harris took her attack. Harris left Biden a moral exit by saying she did not believe he was a racist. Biden does not intend to offer that escape hatch to his opponents.

Biden’s acceptance speech’s choice of the “light and dark” metaphor is no accident. It is a stark, contemplated choice — you are either one or the other. Neither can be the other — where there is light, there is no dark, and vice versa — so the two cannot coexist. There is no middle ground here, and no common ground for the frequently intoned and needed “national conversation on race.” Biden has taken the stance from “I am right; you are wrong,” to “I am good; you are evil.”

Yes, Kamala Harris checked all the boxes Biden needed: Black, woman, left, young. These qualities have been unduly fawned over since her selection. Yet many other potential VP picks could have done likewise. What separated her for Biden was what lay below the surface: Harris was willing to run a race-based campaign, even if not as far as Biden intends to go.

As Harris had noted in their debate, Biden had used his Senate ability to work with everyone as a credential for his presidential run. Biden’s acceptance speech specifically renounced such efforts. Its message is clear and clearly aimed at those willing to not peer beneath its rhetorical veneer and examine its meaning. Biden’s campaign is aiming its message at those who already accept the starkly simplistic choice of Biden or racism, and those who can be shamed into accepting that choice.

Biden’s acceptance speech put America on notice. Biden is not merely willing play the race card; he is willing to deal from an entire deck of them.