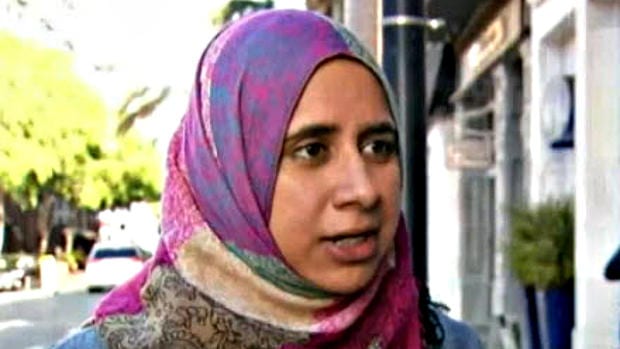 The federal government shutdown at the beginning of the year created some pressing problems for tens of thousands of Americans, many of whom were forced to go without work, transportation, or paychecks. In response, many nonprofit organizations in the D.C. area and across the country stepped in, providing charitable resources for federal employees and those dependent on them. But such programs sometimes had more than one purpose: not only to do good, but also to publicize the goodness of the programs’ architects.

Islamist groups such as the Council on American-Islamic Relations (CAIR) were quick to promote their charitable efforts during the shutdown, which included an initiative by half a dozen CAIR branches to distribute lunches to Transportation Security Administration (TSA) and Customs and Border Patrol (CBP) agents. Similarly, CAIR trumpeted an aid effort by a fellow American Islamist group, ICNA (Islamic Circle of North America) Relief, that focused on military members in South Florida.

It is worth noting, though, that CAIR and its allies had no similar national charitable efforts during the 2013 government shutdown under President Barack Obama, during which some 800,000 federal employees were furloughed for 16 days. Was it simply that federal workers were in more dire need under President Trump? Or was there a greater political opportunity in siding with the workers under a Trump presidency?

Even under Trump, CAIR’s attitude towards TSA, CBP, and military workers has at times been markedly less friendly. Most recently, as immigration restrictions are debated in Washington and enacted on the southern border, CAIR officials have repeatedly expressed their loathing for CBP and its officers.

In February, senior CAIR official Hussam Ayloush announced his intention to sue CBP agents for detaining him at the border. In March, Zahra Billoo, the executive director of CAIR’s San Francisco chapter, condemned CBP officers for supposedly practicing “humiliation, harassment, and intrusion” (even while admitting she had personally experienced no such issues). In July, CAIR called for a congressional inquiry into CBP officers’ Facebook activity.

CAIR has also previously denounced the TSA as an “Islamophobic” organization that practices “guilt by association on steroids.” Billoo, meanwhile, has expressed contempt for Muslim American members of the military, accusing them of “bombing our Muslim brothers and sisters.”

Why does the Islamist attitude towards government workers appear to change so readily? Under Obama, Islamists saw value in being part of the administration, uniting with other progressive figures and organizations. Under Trump, meanwhile, Islamists see similar value in partnerships with progressive organizations, albeit this time uniting to oppose the administration. In Islamist eyes, government workers are the Trump administration until the moment there is political opportunity in portraying them as Trump’s victims.

Just like a political opposition party, groups such as CAIR are practiced at quickly adapting their message to suit the political climate. This can hardly be the expected proper behavior of a religious, civil rights nonprofit, as CAIR styles itself. This is, however, the known behavior of Islamist groups, which have long sought to exploit political circumstances and social worries to advance their extremist designs.

Charitable efforts are key to the Islamist model, and Islamist charities have never existed without an underlying deep, nefarious political agenda. Such methods played a major role in the rise of the Muslim Brotherhood, the Palestinian terrorist organization Hamas, and even the Shia terrorist group Hezbollah.

The most notable recent example comes from the Muslim Brotherhood in my own country of Egypt. During the run-up to the 2012 presidential elections, the Brotherhood and its charitable proxies — aiming to boost and entice their way to better election polling numbers — distributed food, medical care, and even money to Egyptian citizens. Muslim Brotherhood cleric Abdul Rahman al-Birr has openly stated such efforts are designed to buy electoral support. Crates of donated food distributed to Egypt’s poor carried the logos of the Muslim Brotherhood and its political party, “Justice and Freedom,” prompting some Egyptian analysts to label the country “The Oil and Sugar Democracy.”

Such naked bribery helped Brotherhood candidate Muhammad Morsi win the 2012 election. Just a year later, his extremist policies had sparked a constitutional crisis that led to massive protests on June 30, 2013, prompting the Egyptian army to oust the Islamist from office.

As a Muslim Brotherhood-affiliated organization, CAIR seems to have picked up a few tips from its Egyptian parent. While the Egyptian Muslim Brotherhood, however, works simply to buy political favor within the American democratic system, groups such as CAIR must work more intricately and more carefully to acquire and exploit political power. Consequently, CAIR’s activities are more complicated.

For federal workers, CAIR is at once the benefactor and the protester — sometimes offering solidarity in the name of “justice” and “civil rights”; at other times crying injustice and persecution. In all cases, CAIR is working to legitimize its ideology by presenting itself falsely both as a voice for American Muslims and as a champion of the American worker. Government and the public at large should remember that all of these actions ultimately serve one theocratic agenda.

Hany Ghoraba is a writer for Islamist Watch, a project of the Middle East Forum. He writes for Al Ahram Weekly and is the author of Egypt’s Arab Spring: The Long and Winding Road to Democracy.