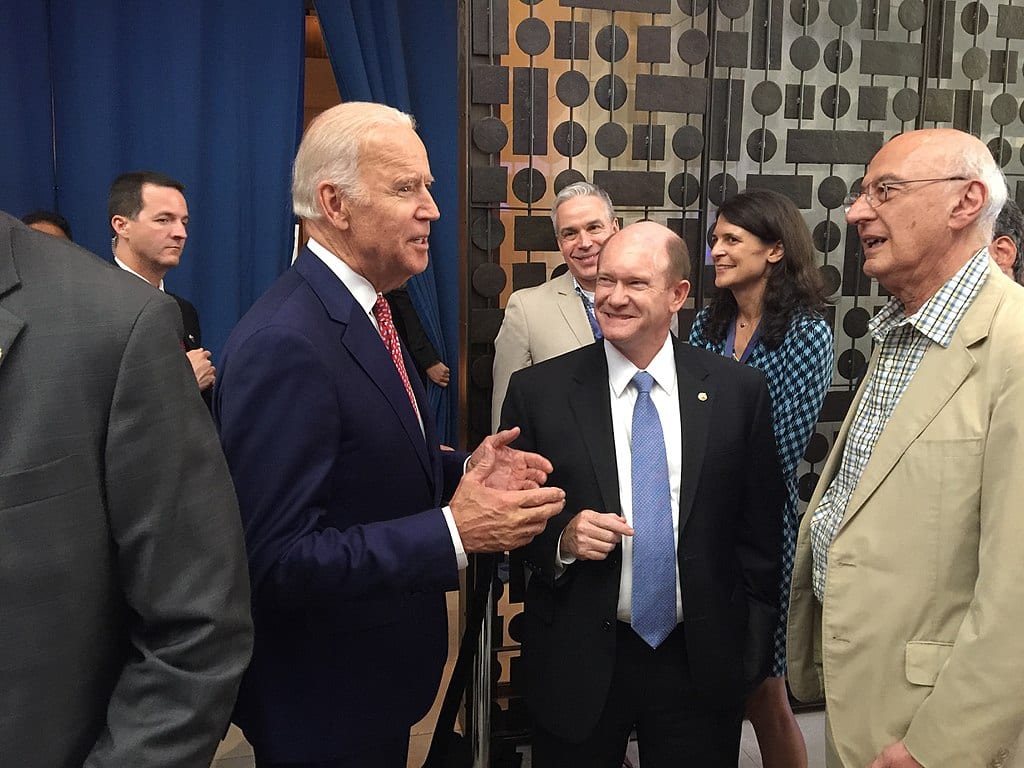 As the party of secularism, the Democrats often invoke the separation of religion from politics, only changing their tune during election seasons when they combine the two in an attempt to con the faithful. Democrats suddenly turn up at churches and even mount pulpits to claim that faith undergirds their left-wing politics.

So it is no surprise that the Joe Biden campaign has started an outreach effort called “Believers for Biden.” According to the Associated Press, “The campaign signaled its seriousness Thursday with the hiring of Josh Dickson to oversee faith engagement. Dickson, a former Republican who declared in 2012 that ‘I’m a Democrat because of my evangelical faith,’ previously worked on religious outreach for the Democratic National Committee and Obama’s 2012 campaign.”

“The campaign has already held dozens of faith-focused events — some under the banner of ‘Believers for Biden’ — which have included Sen. Chris Coons, D-Del.,” says AP. “A Yale Divinity School graduate and Biden confidante, Coons described Biden’s ability to connect with those who share his experience of lost family as a ‘ministry of presence.’ ‘The guy does pastoral care better than most of my (divinity) school classmates,’ he quipped.”

Of course, Biden is not too pastoral to support partial-birth abortion and the like. Nor is he too pastoral to vow to resume the persecution of the Little Sisters of the Poor. He has promised his supporters in Planned Parenthood and NARAL that he will force the sisters to pay for the contraceptives of their employees.

His campaign says that such pesky matters won’t interfere in his bid for religious voters, owing to the “spiritual authenticity” of Joe.

“Biden’s identity as ‘a very devout Catholic and person of deep faith,’ deputy political director John McCarthy said, is ‘baked into the core messaging and core functions of the campaign,’ ” reports AP.

“Faith-motivated voters — including those traditionally more moderate and conservative — are especially eager to see a President who both shares and leads with the values important to them,” Dickson told AP. “Vice President Biden has stood and fought for these values — loving our neighbor, caring for the poor and vulnerable, fighting against injustice and oppression — his entire career.”

It must have been spiritual authenticity that led Biden to change his decades-long support for the Hyde Amendment. Joe had an epiphany shortly after announcing his presidential campaign and said that he now favors tax dollars for abortion.

According to CNN, which criticizes Trump for holding up a Bible, Biden is a “Man of Faith.” “That could help him win over some White evangelicals,” its subhead reads. Normally an opponent of empty religiosity, CNN isn’t bothered by Biden’s.

“White evangelicals have tended to vote for Republican candidates because of their stances on abortion and LGBTQ rights and their ability to appoint conservative judges. But voters recently have appeared less convinced of the authenticity of Trump’s religiosity and more concerned about moral issues like stewardship of the environment and treatment of immigrants at the border, providing an opening for a candidate like Joe Biden, who has been a practicing Catholic his entire life and made it central to his political identity,” declares CNN.

CNN is very impressed with Joe Biden’s rhetoric about the “soul of the nation.” That gives off a whiff of Catholic vocabulary. It says, “A digital ad released last week that will play in battleground states introduces Biden as a leader of faith, drawing an implicit contrast with Trump without naming him. A female voice narrates the ad, called ‘That’s Joe,’ over still pictures and videos of Biden praying, greeting people, and wearing a mask. ‘In a crisis, it’s character that counts. We need a president who leads with faith, not fear,’ she says, in part.”