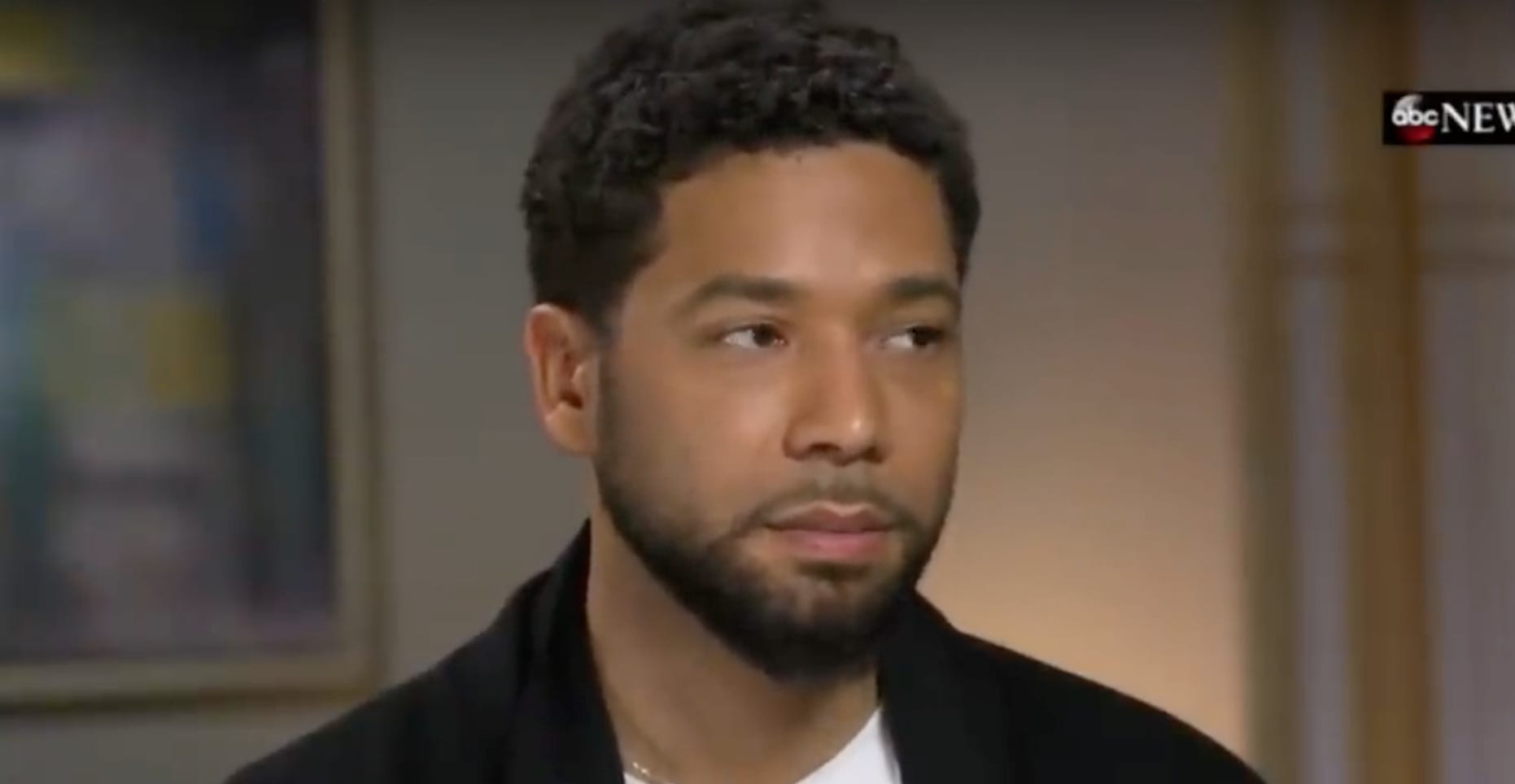 Four below zero — that’s how cold it was at 2 a.m. in Chicago on Jan. 29, when actor Jussie Smollett claims he was the victim of a racist, homophobic hate crime perpetrated by two white Trump supporters. There were many reasons to be skeptical of Smollett’s story, but the fact that Chicago was experiencing a “polar vortex” of arctic cold was high on the list of doubts. Even if you could believe that two right-wingers would be stalking a not-very-famous actor in downtown Chicago, waiting for a chance to attack him on his way back from a wee-hours trip to a sandwich shop, why would they be doing this in -4°F weather?

Smollett’s story never made sense, and it came completely unraveled last week after Chicago police apprehended two of the Empire actor’s friends when they flew into O’Hare Airport, returning from a trip to Nigeria. According to reports by Chicago’s WBBM-TV and other outlets, brothers Abimbola “Abel” Osundairo and Olabinjo “Ola” Osundairo were paid $3,500 by Smollett to stage the fake hate crime. Police have not yet filed any charges or given an official explanation of exactly what happened, and Smollett’s attorneys issued a statement Saturday asserting his innocence, but there is now every reason to believe that the whole thing was a complete hoax. If this proves to be the case, will any of the liberals who rushed to exploit Smollett’s tale face any consequences for smearing Trump supporters?

Consider, for example, what Stephen Colbert did on The Late Show. Two days after Smollett claimed he was attacked, Colbert invited lesbian actress Ellen Page onto the CBS program to blame the Trump administration, and particularly Vice President Mike Pence, for “what happened the other day to Jussie.” After describing Pence’s conservative policies as having “hurt LGBTQ people so badly,” Page said: “Connect the dots. This is what happens if you are in a position of power and you hate people and you want to cause suffering to them — you go through the trouble, you spend your career trying to cause suffering, what do you think is going to happen?” This was either deliberate slander, or evidence of insuperable stupidity, but neither Colbert nor Page have acknowledged any error, because they don’t have to. Presumably, the advertisers and executives at CBS have no problem paying Colbert to falsely blame Republicans for a “hate crime” that turns out to be a hoax, and Page knows that every liberal in Hollywood will applaud her “courage” for insulting the vice president.

Anyone with common sense could see that Jussie Smollett’s story didn’t add up, but evidently none of the Democrats running for president in 2020 has any common sense. New Jersey Sen. Cory Booker and California Sen. Kamala Harris used almost identical language in proclaiming Smollett the victim of “an attempted modern-day lynching.” Former Vice President Joe Biden declared: “We must stand up and demand that we no longer give this hate safe harbor; that homophobia and racism have no place on our streets or in our hearts.” Smollett was the victim of “the latest of too many hate crimes against LGBTQ people and people of color,” said New York Sen. Kirsten Gillibrand, adding: “We are all responsible for condemning this behavior and every person who enables or normalizes it.” Other leading Democrats joined this chorus of condemnation. House Speaker Nancy Pelosi called the “racist, homophobic attack… an affront to our humanity,” while New York Rep. Alexandria Ocasio Cortez asserted that the attack on Smollett was indicative of “the rise of hate crimes.” No Democrat more explicitly pointed the finger of blame than California Rep. Maxine Waters who said “this is happening for a reason.… It’s coming from the President of the United States. He’s dog-whistling every day.”

If the incident which provoked all these denunciations proves to be a hoax, however, will any of these Democrats apologize? Will they suffer any actual consequences for being so disastrously wrong about what happened to Jussie Smollett? No, don’t be silly. Liberal journalists won’t ask Booker, Harris, Biden, or other Democrats to explain why they were so easily deceived. Indeed, the media are already trying to spin the story to rescue Democrats. CNN’s Brian Stelter claimed Saturday that the real problem is that “random websites” had “weaponized” the story, whatever that means. Stelter went on to say of the Smollett hoax that “the motive here is still a mystery at the heart of the story.” Except it’s not really mysterious: Smollett has repeatedly declared his hatred of President Trump, and what better way to damage the president than to frame Republicans for a fake hate crime? And liberal journalists were eager to act as Smollett’s accomplices, as Daily Wire’s Ashe Schow remarked Sunday: “This is absolutely about the media and their constant desire to prove Orange Man Bad no matter how implausible the story.”

Meanwhile, in Chicago, WBBM-TV’s Charlie De Mar continues diligently reporting the story, with the latest development being that Smollett himself paid for the rope with which he claimed to be “lynched” by the Osundairo brothers. Sources told WBBM-TV that the rope — a clothesline, actually — was purchased at the Crafty Beaver Hardware Store the weekend before the Jan. 29 incident: “The brothers told detectives the three men rehearsed the attack days prior to it happening.” If Smollett is found to have filed a false police report, he could reportedly face up to three years in prison under Illinois law. Because of the hate-crime implications of the case, however, the FBI has also been involved in the investigation, and lying to the FBI could land Smollett in federal prison. But that’s mere speculation at this point, as law-enforcement authorities are not saying much officially, most of the reporting is on a “sources said” basis, and Smollett’s lawyers continue to maintain his innocence.

“Thou shalt not bear false witness against thy neighbor,” as the Ninth Commandment declares, and it would be a breach of that divine law to declare Smollett guilty of a hoax without certain proof. If we can believe what has been reported so far, however, it would appear Smollett himself had no qualms about bearing false witness against others — namely the 62.9 million Americans who voted for President Trump. Liberals are always willing to believe the very worst about Republican voters, and the apparent hate-crime hoax in Chicago looks like an effort to manufacture evidence to encourage that belief.

Common-sense skepticism is our best defense against the myths created by what Trump likes to call the “fake news” media. Maybe next time, they’ll get away with it, but this latest debacle, coming on the heels of the Left’s debunked smear of the Covington Catholic boys, has only further eroded the credibility of the president’s enemies. It’s gonna be four below zero in Hell before we trust them again.