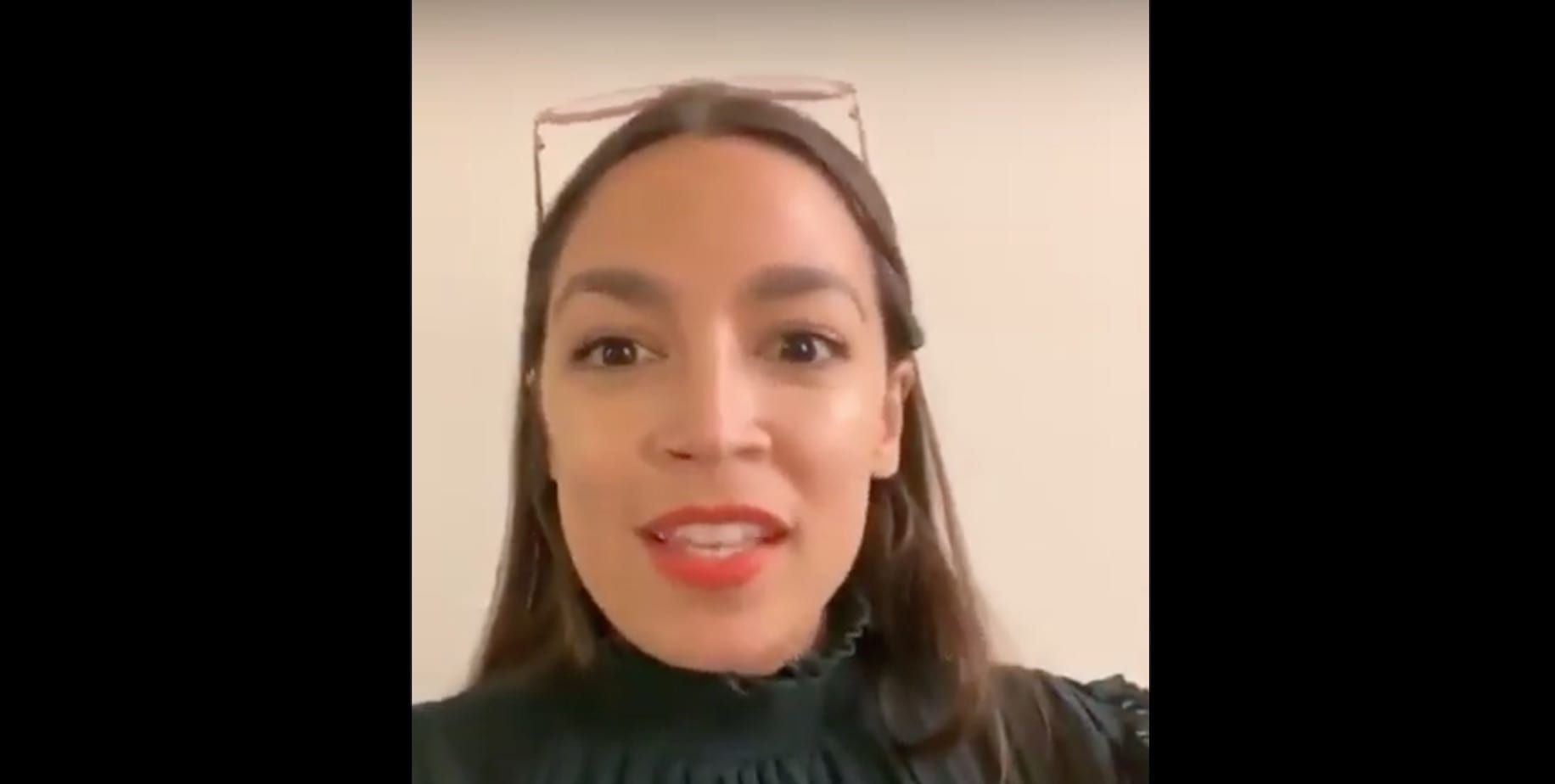 She wants blacks back on that liberal plantation — now.

The Washington Times reported the story this way:

The Times story said, in part, this:

Rep. Alexandria Ocasio-Cortez responded to President Trump’s State of the Union address Tuesday night, ripping the president for his “Oprah moment” of awarding the Presidential Medal of Freedom to conservative talk radio icon Rush Limbaugh, who she described as a “virulent racist.”

Ms. Ocasio-Cortez boycotted the president’s speech but responded to it in a 30-minute Instagram Live video, in which she claimed Mr. Limbaugh was beneath the award and questioned the authenticity of his reaction when he received the award in the middle of the address.

“Him pretending to be surprised was such a joke that this has been news all day,” the New York Democrat said, according to a clip highlighted by The Daily Wire’s Ryan Saavedra. “There have been multiple reports from multiple news outlets saying that Rush Limbaugh was going to receive the Medal of Freedom, and then Trump announced it and he had to like pretend that this was some kind of Oprah moment — was so disingenuous.”

Newsflash for AOC: Yes, Rush had known for weeks that he was going to receive the award. What was last-minute was the invite to the State of the Union — a surprise — and what he did not know was that the First Lady was going to give the medal to him that night — right there in the gallery. So Rush’s surprise was indeed genuine.

If AOC knew this and said it anyway, then it is she who is “so disingenuous.”

But there is more to her comments than that. Much more.

In describing Rush as a “virulent racist,” AOC is flaunting the typical left-wing insistence that all blacks must remain on the left-wing ideological plantation. AOC is exactly the picture of the determined skin-color police who have taken unto themselves the right to dictate what African Americans can — and cannot — believe. And in the case of Rush, who lampoons liberals of every skin color with decided equality, Ocasio-Cortez, who is not black, cannot accept that blacks are her equal. Instead, she condescends to African Americans who, along with liberals of every skin color, are targets for Rush’s pointed humor.

As if to prove the point of her racial intolerance exactly, AOC made a point of blocking black conservative Candace Owens from AOC’s Twitter account. Owens threatened legal action as AOC is, in fact, an elected official and not a private citizen. AOC backed down.

But it is telling that AOC, like her fellow leftists, has a problem with black conservatives. As Owens has said:

The Left has told us we are victims, they have corrupted our families by taking fathers out of the home, supporting the abortion of more than 19 million black babies since 1973, and created division by telling us that all white people are racist.

That is exactly what Ocasio-Cortez did with Rush, accusing him of “virulent racism.” Another person who did so was CNN’s Jim Acosta, who, like AOC, is not black. Acosta said that Rush “has a history of making derogatory comments about African Americans.” No, he has a history of mocking liberals — regardless of skin color.

The CNN description drew this response from “Bo Snerdley” — Rush’s senior producer James Golden — who, unlike Acosta and Ocasio-Cortez, is black:

I just saw the footage from CNN’s Jim Acosta saying Rush has a “history” of saying disparaging things about African Americans. I have been in the studio with Rush for 30 years. I would like to formally challenge CNN and @Acosta to provide the list.

As this is written there is no response from CNN to James Golden.

The point is glaringly obvious. The Left cannot abide blacks who dare to walk off the liberal thought plantation. The idea of treating every single American, no matter their color, as an equal, an individual who should be judged on the content of their character and not their skin color is reflexively repulsive to the Left. As AOC made clear, she and her left-wing compatriots will decide what blacks can — and cannot — believe. Yet she accused Rush Limbaugh of being a “virulent racist.” A better example of projection — accusing others of what you yourself have as a problem — would be hard to find.

The harsh reality here is that Alexandria Ocasio-Cortez thinks exactly the way long ago Democrat and segregationist (but I repeat myself) Gov. George Wallace of Alabama thought:

In the world of AOC, blacks must be forever segregated on the intellectual plantation as a group of people who cannot think for themselves and must do what they are told.

There is, of course a reason for this belief, whether it comes from AOC now or Wallace decades ago. Judging people by skin color gives the person who is judging — power. And in the case of politicians like AOC or Wallace, it gives them electoral power.

And that means neither will be controlled by the slave masters and mistresses of the leftist intellectual plantation.