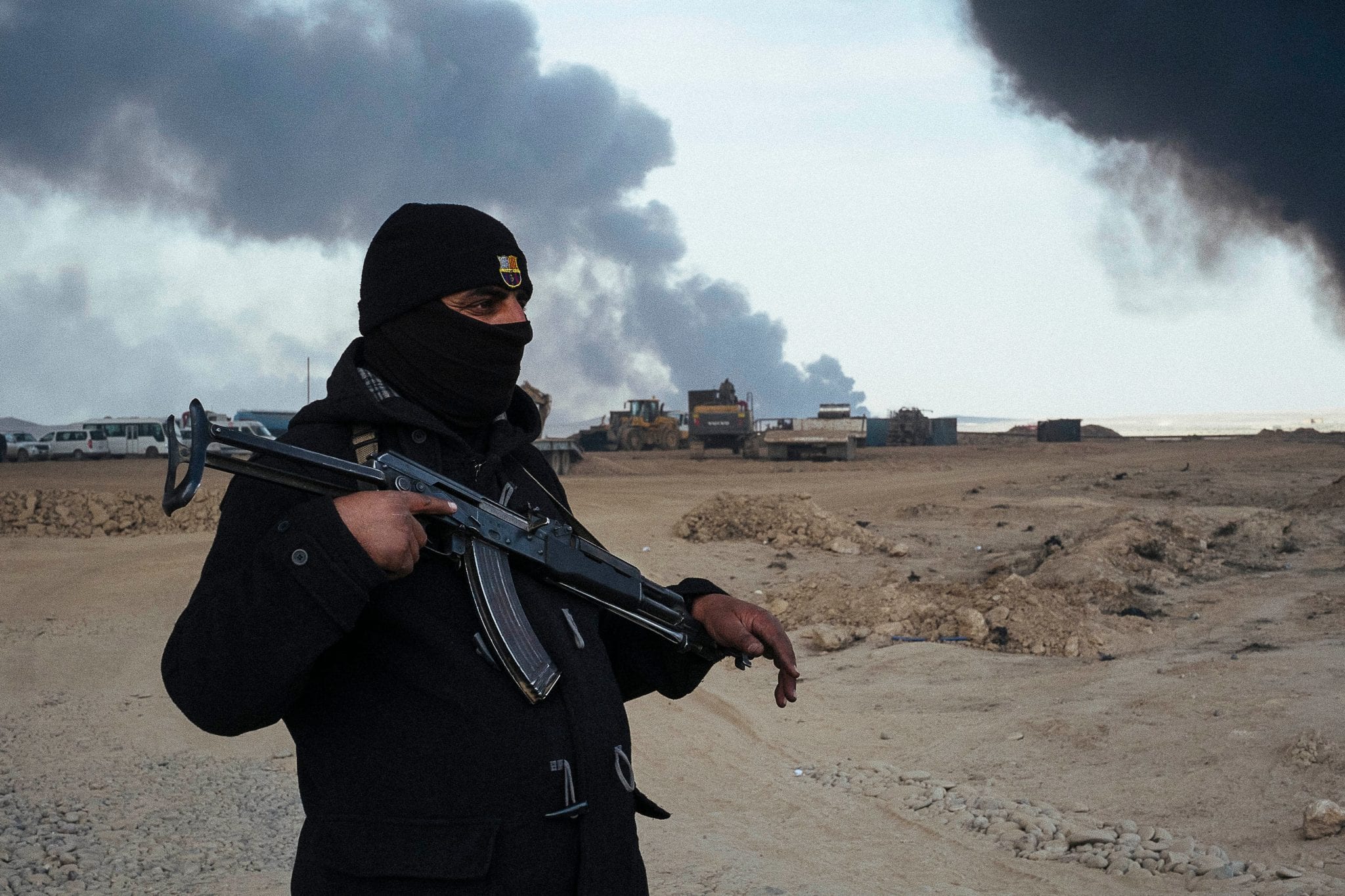 According to the Hill newspaper, President Trump has, on sixteen occasions, said that ISIS had been defeated or soon would be. U.S. and allied ground forces have ended ISIS’ claim that it had established a caliphate in Syria by seizing its territory. But ISIS is as much an idea as a terrorist network. It has not by any means been defeated.

The Easter Day bombings of Sri Lankan churches, which killed about 250 Christian worshippers, were claimed by ISIS as one of their attacks in a video reported by Asia Times. Regardless of whether ISIS’s claim is true, it has seized the murderous success of those attacks as an ideological weapon to prove its continued existence.

Similarly, al-Qaeda has not been defeated. Osama bin Laden was killed by SEAL Team Six but bin Laden’s deputy, Ayman al-Zawahiri, is still at large, rebuilding what has been destroyed since 9/11. Bin Laden’s son, Hamza, may be ready to take command of the resurgent al-Qaeda. There’s already a U.S. bounty of $1 million for the capture of Hamza.

The Taliban have not been defeated, nor have Hizballah and the many other terrorist networks that are at war with us.

We can capture and kill terrorists endlessly but we cannot seem to deter more from joining their murderous ranks. Washington Post columnist David Ignatius wrote that is true because we are suffering from “terrorism fatigue.” He prescribes precisely the wrong cure for that affliction.

Ignatius says that the wars on terrorism are part of a past that people and politicians want to escape. That may be true, but that’s not the reality of war. War is a binary function: either you’re winning or you’re losing. We’re not winning.

He says we have failed because although we killed a lot of terrorists, we achieved no tangible gains. That’s true. Nothing we established in Iraq or Afghanistan has lasted long enough to change the conditions in either country for any length of time.

Ignatius’s conclusion is that the alternative to costly wars is the “… slow and unglamorous work of preventing weak states from collapsing to the point that they’re terrorism havens. It’s about building governance and economic development, rather than night raids by Special Operations forces.”

His prescription is the same admixture of neoconservative interventionism and liberal piety that failed us under George W. Bush and Barack Obama and which Donald Trump seems unable to shake off. It’s that America should shoulder the burden (in lives and dollars) of nation-building in Islamic states and take the blame when that fails as it always has and will in the future.

Terrorist attacks around the world are no more than one-day stories to the media. Al-Qaeda will soon rise again while Hizballah and dozens of other terrorist networks continue to thrive. And that’s not because the worst of the terrorists are poor and underprivileged.

Islamic terrorists aren’t the downtrodden poor who turn to terrorism as a rebellion against economic or political oppression. They come from many walks of life, many among them the best educated and most privileged members of their societies.

We know Mohammed Atta was not unusual among the 9/11 hijackers. He was college educated and very much a member of the middle class. Inshaf and Ilham Ibrahim, two of the Sri Lankan suicide bombers on Easter Sunday, were the wealthy sons of a spice trader. Ilham, according to the Financial Times, ran a thriving copper factory. Eight of the so-far identified Sri Lankan suicide bombers were members of the middle or upper-middle classes of their nation.

They aren’t driven to terrorism by America’s actions — though they claim to be — so why do so many believe so fervently in the destruction of the West, of our culture and history? They are driven by the ideology of Islam. Make no mistake: Islam is as much an ideology as it is a religion, and its most prominent believers wage an ideological war against us every day.

In both aspects of the terrorists’ ideological war — one aimed at the population of Muslim nations and one aimed at the West — we see the same glorification of terrorism and denigration of everything the West is and stands for.

Virtually every Western media outlet, cowed by political correctness, engages in self-censorship in respect to Islamic propaganda. Almost none is sufficiently courageous to challenge statements by even the most radical of Islamists. You can see that at work whenever CAIR, Ilhan Omar, or any other Islamist makes a statement.

If you take the time to read the output of the Middle East Media Research Institute (www.memri.org) you find four common themes that are expressed in Arab and Iranian media: America is the most corrupt and evil influence in the world; that every Muslim has a duty to the global Islamic community (“ummah”) to fight against the West, by jihadi terrorism and in every other way; that Islam is the supreme religion which every person will inevitably believe in or be dominated by; and that terrorism must be accompanied by a political campaign to overthrow the West.

Those thoughts make up much of the ideology of Islam. It is deeply embedded in Muslim societies by more than a thousand years of teaching and worship.

The main reason that we have not won any of the wars we have fought against terrorism is that we have refused to engage in the essential war against Islamist ideology. President George W. Bush proclaimed Islam as the religion of peace because he feared angering every Muslim nation. President Barack Hussein Obama surrendered the ideological war preemptively and President Donald Trump — who has said that we need to fight the ideological war — has not even begun doing so.

To win any war, the enemy needs to understand it is defeated and conclude that further fighting is useless to its cause. We have defeated terrorists on the battlefield, killed Osama bin Laden and other terrorists by the thousands, but they have not been defeated because their ideology still promises them success if the fight continues.

No ideology can be contained as if it were a nation such as the Soviet Union. History proves that ideas — even the most evil of them — spread across national boundaries as quickly as their messengers can carry them. The fact that the Islamist ideology has caused its believers great harm is not credible to those who believe in it.

In July 2014, a liberal British newspaper, the Economist, wrote that “Islam, or at least modern interpretations of it, is at the core of some of the Arabs’ deep troubles. The faith’s claim, promoted by many of its leading lights, to combine spiritual and earthly authority, with no separation of mosque and state, has stunted the development of independent political institutions.… But only the Arabs can reverse their civilizational decline, and right now there is little hope of that happening.”

That is because of the grip the Islamists’ ideology has on its adherents, which is both religious and political. In that respect it’s unlike communism and Nazism, ideologies we have fought against and won.

As I have written many times, beginning in 2006, the only way to win this war, and have any lasting effect on the terrorist networks and the nations that support them, is to discredit and defeat their ideology. It will require us to assemble the best psychologists and psychological warfare experts to craft — and continuously adapt — the strategies and tactics of our ideological counter attack.

Part of those strategies and tactics can be derived from the late William F. Buckley, Jr.’s delightfully obscure instruction about defeating liberalism: “Don’t let them immanentize the eschaton.” That means, if you substitute fifty-cent words for Buckley’s fifty-dollar words, don’t let the adversary transform spiritual beliefs into earthly politics.

That strategy will require an “all government” effort that will last for years, perhaps decades. The tactics will require everything from mockery — substituting “Aloha Snackbar” for the jihadi war cry, “Allah Akbar” — to sophisticated attacks on the idea that adherence to Islam is the inevitable fate of all men.