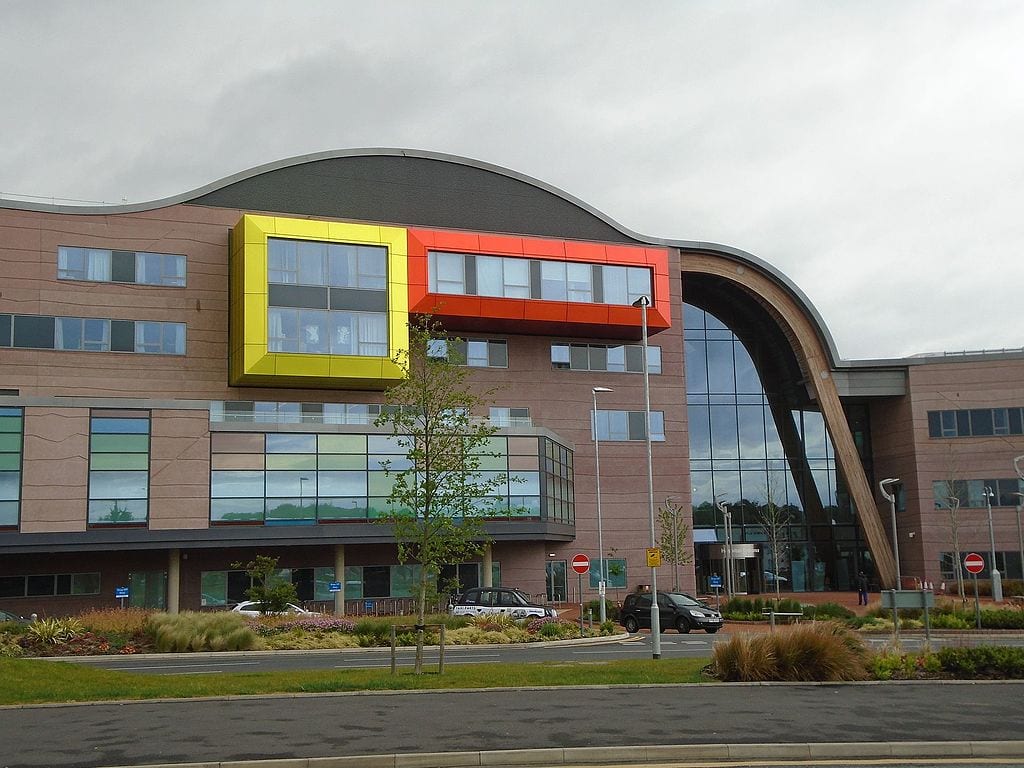 The Alfie Evans outrage occurred in an NHS hospital with a long record of clinical negligence, including the worst scandal in the history of Britain’s National Health Service. Most of the media have covered Alfie’s case, with characteristic dishonesty, as a tragedy that began before the boy was taken to Alder Hey Children’s Hospital. But, according to the court testimony of the NHS physicians who admitted Alfie, his initial diagnosis involved a fairly common condition: “viral bronchiolitis and a possible prolonged febrile convulsion.” The still-undiagnosed brain disease that allegedly killed Alfie didn’t appear until after he entered this dangerous hospital.

How dangerous is Alder Hey Children’s Hospital? This facility not only receives alarmingly regular patient safety citations from the NHS itself and a variety of outside watchdog groups — it was the center of the infamous “Alder Hey organ scandal.” Yes, you read that correctly. This hospital was deeply involved in the unauthorized harvesting of infant organs long before the ghouls who run Planned Parenthood discovered that there was a lot of money to be made by selling baby parts. Alder Hey harvested organs without the permission of parents for years before it was discovered, as the BBC reported at the time:

The scandal at Alder Hey Children’s hospital centres on the retention of hearts and organs from hundreds of children. The organs were stripped without permission from babies who died at the hospital.… Hospital staff also kept and stored 400 foetuses collected from hospitals around the north west of England.… The findings of an inquiry into the affair have been described by Health Secretary Alan Milburn as “grotesque.”

NHS defenders will, of course, claim that this was long ago and has nothing to do with Alfie Evans or the quality of care patients now receive at the recently rebuilt facility (until three years ago, patients were treated in a century-old building). But alarming safety concerns have continued unabated. In 2011, for example, the Independent revealed that the negligence was commonplace in the hospital and that whistleblowers were bullied into silence by administrators and even physicians. In 2014, the BBC reported, “Alder Hey Children’s Hospital failed to meet four out of five safety standards in an inspection by a health watchdog.”

The most recent NHS quality report concerning the hospital, issued in October of 2017, smears a lot of lipstick on Alder Hey but it fails to hide what patients face there. One of its most significant “recommendations” involves the diseases patients catch in the hospital. “In continuing to monitor and review serious incidents and never events and following the national drive on sepsis and hospital acquired infections, the Trust Board agree that there should be continued and specific focus on… reducing hospital acquired infections (HAIs).” This is where Alfie comes in. According to court records, the ER doctor diagnosed Alfie as follows:

That was on December 14, 2016, when Alfie was brought in to Alder Hey Emergency Department with a high temperature, coughing, and a single reported episode of “rhythmic jerking” that had occurred prior to his arrival (while he was still at home). The following day, a different clinician prescribed a medication called Midazolam. On day three, December 16, a third clinician prescribed yet another drug called Vigabatrin. Shortly after that, Alfie was having trouble breathing. He was then put on oxygen, an increased dosage of Vigabatrin, and was transferred to the Pediatric Intensive Care Unit. By January, he had contracted pneumonia, and his parents were told he might die.

This is where the problems begin. No one, not even a physician specializing in the conditions from which Alfie suffered, would second-guess Alfie’s doctors based on court records filled with the judge’s editorial comments. But the parents were there on the spot, and they didn’t hesitate to do so. Having watched the seemingly uncoordinated care described above, they were not ready to give up. Then Alfie confounded his doctors — not for the last time — by recovering from pneumonia, which rendered Tom Evans and Kate James less inclined to discuss an end of life plan. At length, Alder Hey Children’s Hospital filed its lawsuit against them and secured the death sentence.

Which brings us to the real point: Considering this hospital’s horrific record of clinical negligence, disregard for patient safety, and illegal organ harvesting, no sane individual would have entertained its request to kill Alfie. Neither the NHS nor Alder Hey Children’s Hospital has proven itself trustworthy where the best interests of patients are concerned. But this is no mere individual. It is the state. This level of callous incompetence could never survive in any other environment. And, in the end, the victims of socialized medicine have no recourse but to submit. Once a nation hands its collective health care to the tender mercies of Leviathan, the beast will use you according to its needs.

Did the “caregivers” to whom Alfie was entrusted by Tom Evans and Kate James make a series of errors that eventually led a child with an eminently treatable condition to a premature death? It’s a good bet they did. But only the state will ever really know. Once you submit to socialized medicine, you still have the right to ask the questions, but the state has no obligation to answer.