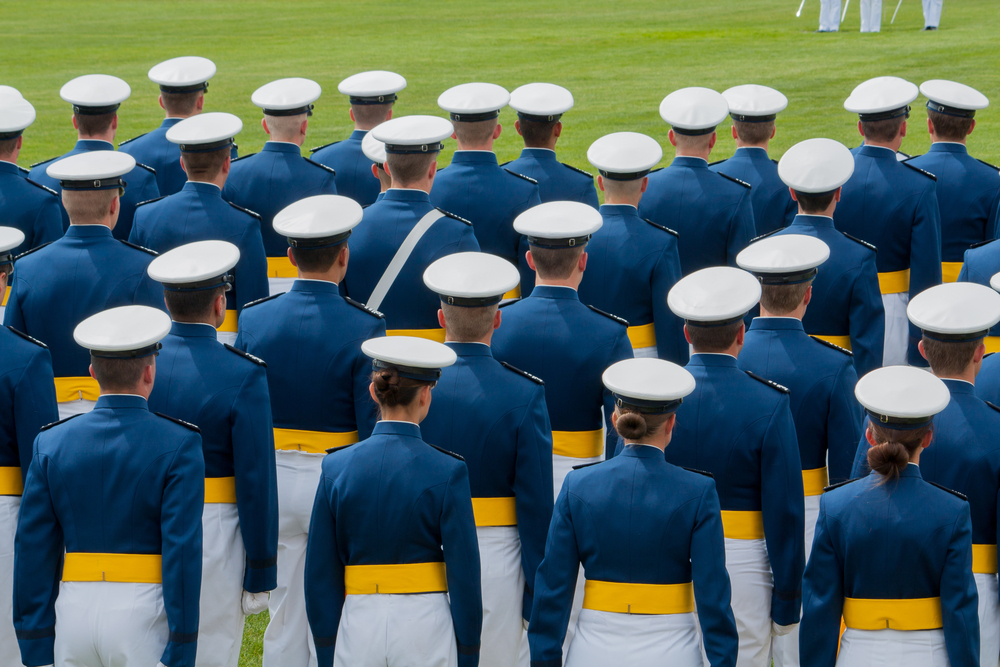 According to Military News, “Joshua Kelley aka ‘Harpy Daniels – The Navy Drag Queen’” performed for adults and children at the festival.

Col. Gregory Beaulieu, the commander of the 633rd Air Base Wing, approved the drag queen show and the use of taxpayer resources for the event. The Daily Wire reports that the festival was “advertised as a family-friendly event” that “celebrat[ed] differences” and was designed to ensure that “every Airman, Soldier and civilian feels valued.” (Perhaps the spokesperson who said that forgot that the word “Airman” is not “diverse.”) The drag queen performer reportedly explained, “Doing drag allows me to embrace my feminine side and allows me to bring my diversity and creativity out.”

One can only imagine what MacArthur, who fought and led American forces heroically in Mexico, France (in World War I — seven Silver Stars), the southwest Pacific, and Korea, and whose biographer William Manchester called the greatest soldier in our nation’s history, would think about drag queen shows, pronoun usage, and diversity, equity, and inclusion. MacArthur told the cadets 60 years ago that if ever the “Long Gray Line” failed the nation in its hour of need, “a million ghosts in olive drab, in brown khaki, in blue and gray, would rise from their white crosses, thundering those magic words: Duty, Honor, Country.”

Edward Gibbon, in his six-volume The History of the Decline and Fall of the Roman Empire, noted the “decay and corruption” of Rome’s armed forces caused by the ruling elite’s introduction of “a slow and secret poison into the vitals of the empire.” Gibbon pointed to the collapse of “public courage,” the diminished “sense of national honour,” and the evaporation of the “military spirit” that had infected Rome. He wrote that a “degeneracy” had set in among Roman elites that “debased” the citizenry, “enervated their courage, and depressed their talents.”

There are no “safe spaces” on an aircraft carrier or in a submarine. Drag queens who want to embrace their feminine side are no substitute for the warriors “in olive drab” or “in brown khaki.” And above all, “Diversity, Equity, and Inclusion” is no substitute for “Duty, Honor, Country.”