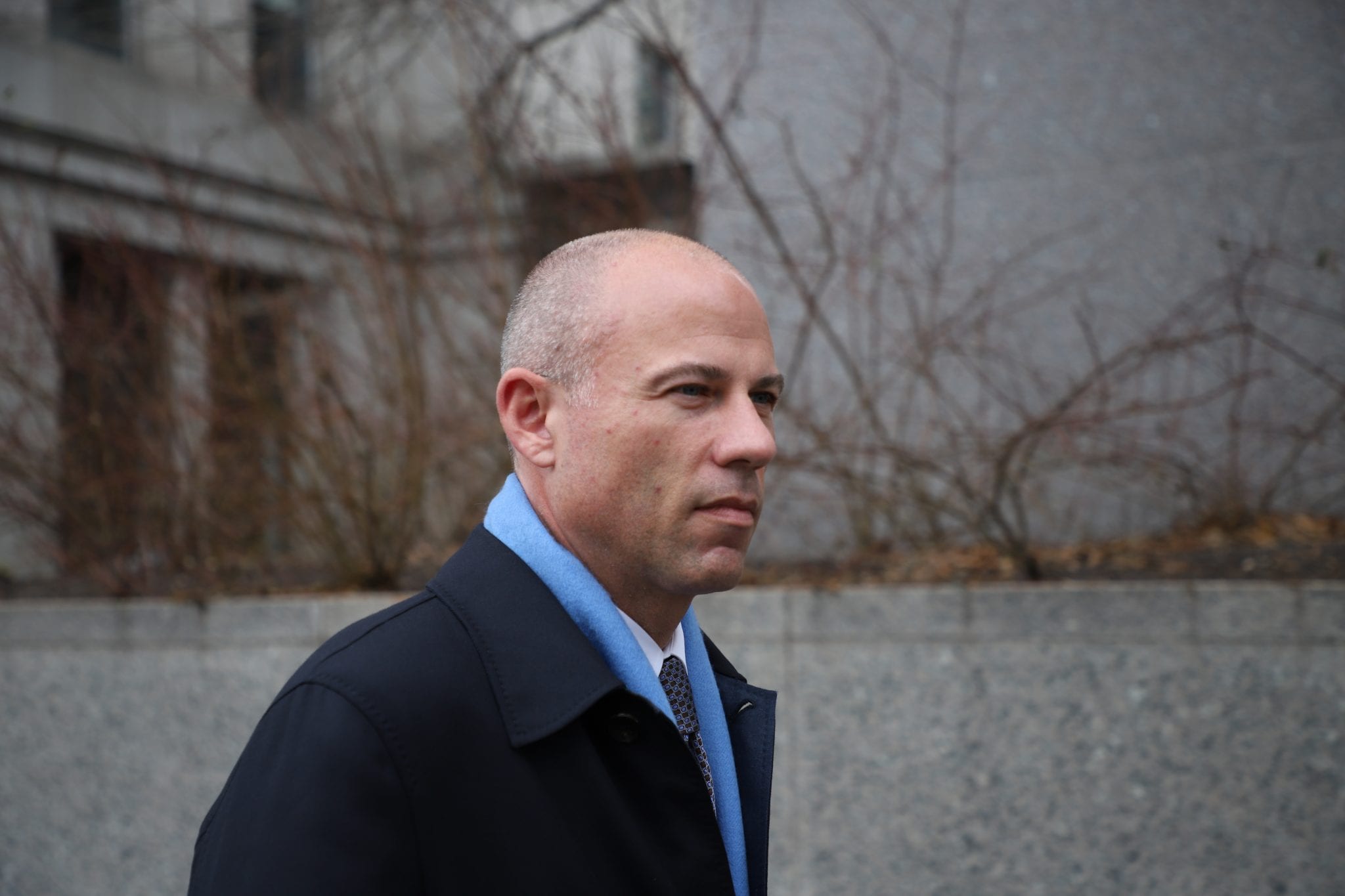 Avenatti says he is not guilty, and he is entitled to a presumption of innocence on criminal charges. Still, his rise and fall presents an apt moment to ask how such a feral figure was so quickly elevated in the public eye, before what seems to be an inevitable fall.

Around 2018, Daniels came up with a dubious excuse to break the contract, even though she already had pocketed the money — Trump never actually signed the document in which he and Daniels were identified under phony names.

That’s not the sort of case on which most lawyers would want to hang their reputations. But then Daniels found Avenatti, who excelled at lending a pseudo-forensic gloss to what essentially was a money-grubbing enterprise.

The exercise won Daniels a spot on CBS’ 60 Minutes last year, as well as on late-night comedy shows. She is glib, profane, and provides an excuse to air copious cleavage shots. She confirmed the media narrative about Trump’s predatory treatment of women. And her initial claim is believable because it’s hard to see why Trump would pay for her silence if nothing ever happened between them.

Avenatti provided the political-umbrage lipstick for the pig. He was happy to call the hush money an illegal campaign contribution — even if Trump personally bankrolled the payoff. And he seemed downright indignant that anyone might want to silence a client whose silence had been sold.

The shameless attorney quickly became a fixture on cable news because he fed many anchors’ desire to atone for elevating Trump in 2016 — never suspecting that Trump would win not only the GOP primary but also the general election.

But Avenatti didn’t make it on cable because he was so different from Trump, but because he was an anti-Trump, it-takes-one-to-beat-one Democrat who could double as a would-be social-justice warrior.

Indeed, Avenatti even flirted with the idea of running in the 2020 Democratic presidential primary.

In August, Joy Behar of The View hailed Avenatti as “the only person Donald Trump fears more than Robert Mueller” and praised him for being “out there saving the country.” The possible primary contender also was introduced to a New Hampshire audience as “Donald Trump’s worst nightmare.”

Just to show how well he could out-trump Trump, Avenatti told Time magazine that Democrats better nominate “a white male” if they want to win in 2020.

That wasn’t the moment that killed Avenatti’s future in politics.

Avenatti overreached in the fall when he demanded an FBI investigation into allegations made by a new client, Julie Swetnick, that she and then-Supreme Court nominee Brett Kavanaugh had attended parties where gang-rapes occurred when Kavanaugh was a high school student.

It was a bad story. A witness presented by Avenatti did not corroborate Swetnick’s account. With Swetnick’s accusation discredited, then-Senate Judiciary Committee Chairman Charles Grassley referred Swetnick and Avenatti for criminal investigation.

Democrats turned on Avenatti because Swetnick’s story was so clearly false that it tainted the unsubstantiated claims of other Kavanaugh accusers.

But first, according to NewsBusters, Avenatti appeared on CNN 121 times and MSNBC 108 times. Back in May, the Washington Free Beacon’s David Rutz estimated that the two networks had given Avenatti almost $175 million in earned media.

Now Avenatti is getting heaps of earned media in newspapers — for other reasons.

One Avenatti victim, according to the indictment, was a paraplegic for whom Avenatti negotiated a $4 million settlement. But, the document charged, Avenatti kept all but some $124,000 of the settlement — forcing a paraplegic to live in deeply reduced circumstances.

Avenatti denies any wrongdoing. On Twitter, he blamed the “many powerful enemies” he has made representing “Davids vs. Goliaths.”

He came into public view trying to help an adult-film actress get out of a contract she signed with open eyes. He had little love for the presumption of innocence when he hyped fraudulent charges against Kavanaugh, at a time when the mainstream media seemed ready to run any shady story that ran down the nominee.

After the Nike indictment, Behar said she was sad because she had seen Avenatti as “somebody here who is going to tell some of the truth of this criminal we have running this country.” So don’t expect a lot of introspection from TV newsers.