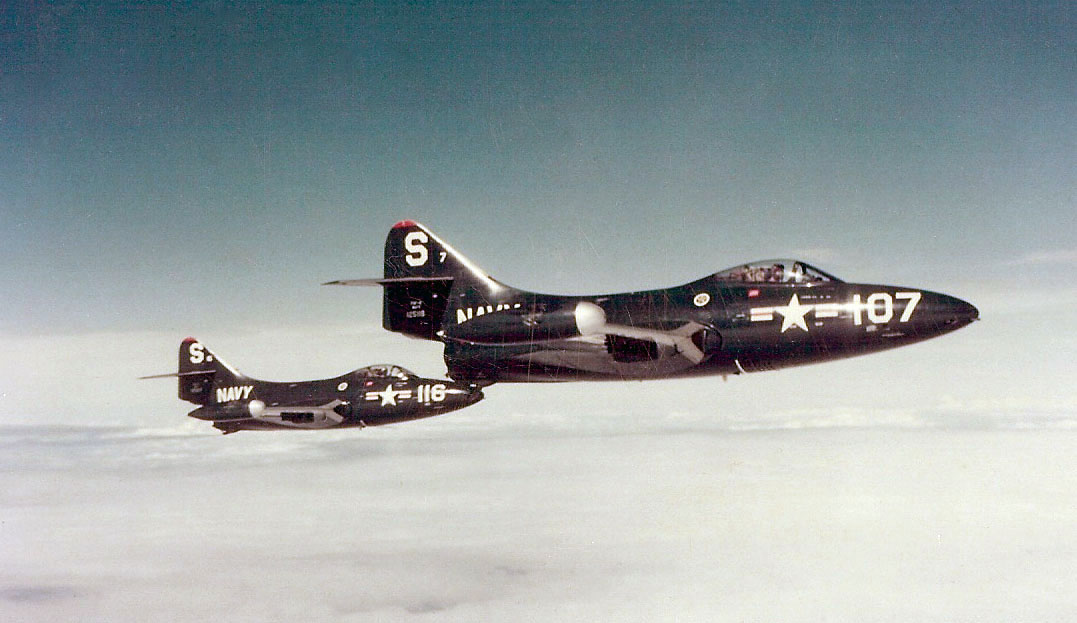 Friday a skilled and courageous Navy flier was recognized for his valiant actions more than 70 years ago. The delay was unconscionable, but the award richly deserved.

On November 18, 1952, flying his F9F-5 Panther off the carrier Oriskany, 27-year-old Navy Lieutenant Royce Williams Jr., who thought he was in for a routine combat air patrol mission that day, engaged seven Soviet MiG-15s out of an air base in Vladivostok and shot down four of them in a 35-minute dogfight. (An eternity for a dogfight. Most are over quickly.) On Friday, 97-year-old retired Captain Williams was awarded the Navy Cross, the second highest award the Navy bestows. The medal was given to him by Navy Secretary Carlos Del Toro as a ceremony at the San Diego Air & Space Museum.

Those not history-challenged may be saying, “Hey, wait a minute. The Soviet Union wasn’t a combatant in the Korean War.” Well, it was that day. Perhaps seeking revenge for bombing by U.S. Navy Panthers near the Soviet border. It’s long been known that some of the MiG fighters coming out of China were flown by Russian pilots. In plane to plane radio traffic, pilots were heard speaking Russian. But that day The Soviet Union was in direct combat with American war planes, and this is the reason for the delay in giving this top gun an award closer to what he deserved. Politicians and civilian bureaucrats didn’t think Americans could handle the knowledge that the Soviets were more directly in the war than thought, and they worried that if the Soviets were busted for stepping over the line they might escalate the war beyond just sending China war materiel and pilots.

So the matter was hushed up. Phony reports of the engagement were made the official record, leaving the Soviets out of it. Williams was quietly awarded a silver star but told not to talk about what happened that morning to anyone, not even to his wife. Williams, a patriot as well as a skilled and courageous flyer, followed orders. His story only became known a half-century later when records of the Korean conflict were declassified.

Military leaders, veterans, and various politicians long pushed for Williams’ decoration “upgrade,” which finally took place Friday. Some have pushed, and some continue to push, for the Medal of Honor for Williams.

Williams’ air victories in 1952 were a miracle when one considers the differences in performance between the Panther Williams was flying and the MiG-15. The MiG was 100 mph faster and way more nimble than the Panther, which, though designated a fighter, was mostly used as a tactical bomber during the Korean War. The decider in this fight was not aircraft performance but the difference in skill and determination between Williams and the MiG jockeys. It was no contest. Williams was a real top gun in a plane not designed to be a dog fighter. The MiG drivers were badly outclassed.

As miraculous as Williams’ victories over the MiGs were, the fact that he was able to get his damaged Panther back to the carrier and land it safely was as big a testament to his flying skill. The MiGs that Williams eventually bested got in a few licks too. One 37-milimeter canon round from a MiG hit Williams’ engine, knocking his hydraulic system out of commission. From that point his control surfaces didn’t control very well at all. And the plane couldn’t stay in the air at less than 170 knots. The Panther’s landing speed is 105 knots. So numerous body parts of everyone involved in his landing were severely puckered until Williams’ Panther caught the last wire on the landing deck of the Oriskany. All in all, a hell of a day at the office for Williams.

Williams hadn’t expected the trouble he encountered that day, and didn’t expect to have to deal with whatever he encountered almost alone. A flight of four Panthers left the Oriskany. His wingman engaged a bit but two of the others had to turn back before the shooting started because of mechanical problems. So the seven MiGs found themselves outnumbered by Williams. No doubt the three who got back home to Vladivostok did not want to see Williams in the air again.

Williams’ story is an inspiring one. And it’s good to see bravery, performance, and devotion to duty finally working its way around politics. The real top gun’s story even got a thumbs-up from the much better-known faux top gun. Tom Cruise congratulated Williams in a video recording, where he said, “Your grit and bravery are simply astounding. You are a true American hero and I offer you my most sincere thanks and congratulations to you, Sir.”

For those interested in the role that Navy flyers and the Panther played in the Korean War I recommend this 12-minute film clip. It’s from a fine 1954 movie, The Bridges at Toko Ri, starring William Holden as Panther pilot Lieutenant Harry Brubaker. The movie has a sad ending, but the scenes of flying and naval carrier operations are splendid and authentic. As a bonus the movie features Grace Kelly as Brubaker’s bride. The movie is also thoughtful on the subject of the plight of the men snatched out of civilian life, like the fictitious Brubaker, the real Ted Williams, and many others, to fight in a war most Americanos were barely aware of and didn’t give a big rat’s rump about unless they had a loved one at risk. But indifference did not deter real patriots like Captain Royce Williams.