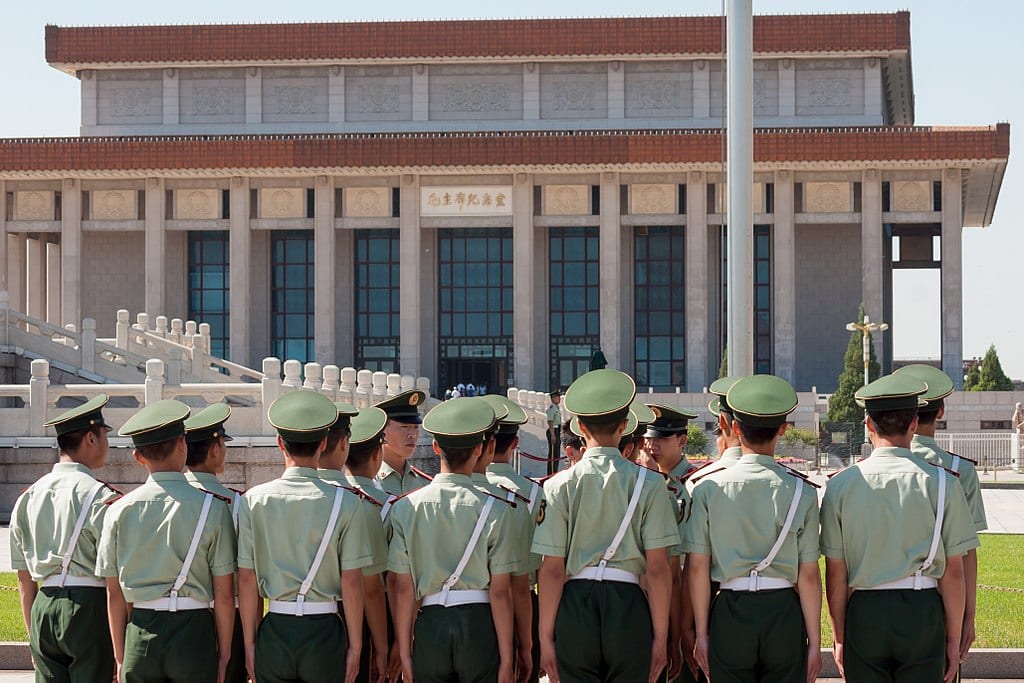 Trending
AOC Hit List Targets Two Dozen Democrats
by David Catron
Are We Really Not Going to Talk About That Ukrainian 737?
by Scott McKay
The Stain of Theodore McCarrick Is Impossible to Expunge
by George Neumayr
Sign Up to receive Our Latest Updates!
Register
Hot Off
The Press
The Talkies
Joker’s Success and the Success of Postmodern Liberalism
by Adam Ellwanger
At Large
Brexit Cries Out for Radical Toryism
by Stephen MacLean

In today’s hyperpartisan political environment, it’s rare that I manage to give my liberal friends even the slightest moment of pause.

But occasionally, when debates on Trumpism and conservatism inevitably turn to Reaganism, and they begin to parrot the usual revisionist history and criticisms of the Gipper’s tactics, I make a request that nearly always throws them off their game: “Just imagine that Russia won the Cold War.”

As they ponder I continue. “Art and culture outside of what was manufactured by the State was essentially illegal in the Soviet Union, and life in the Eastern bloc was ruthlessly dictated by a foreign power.”

It’s the second part, that appeal to their artistic and anti-colonial values, that makes them consider, and occasionally concede, my point.

And while I wish such arguments would remain relegated to history, the rise of the far left in America (and its passion for socialist economics) and the rise of China as a world power unfortunately give credence to a quote often, and perhaps erroneously, attributed to Mark Twain: “History doesn’t repeat itself but it often rhymes.”

The left’s growing interest in socialism, as evidenced by the sudden popularity of far-left politicians such as Bernie Sanders and Alexandria Ocasio-Cortez, eerily mirrors China’s own experiments, and massive failure, with Communism. Meanwhile, China’s increasing reliance on capitalism likewise parallels America’s postwar rise to global scientific and military superpower.

Hence the need for the American left to proceed with extreme caution, as any further migration toward socialism might well mean that China, a state with values wholly antithetical to Western liberalism, inherits the global throne.

The Asian Leviathan’s surveillance apparatus has given rise to an Orwellian “social credit” system that penalizes citizens for any number of random transgressions, from jaywalking to not visiting one’s elderly parents. Rebukes range from public shaming to travel restrictions to confiscation of violators’ dogs (talk about authoritarian overreach).

Couple that with the Chinese government’s affection for the death penalty; in 2015 alone at least 1,634 Chinese were put to death, compared to 28 in the States. Even worse, there is legitimate speculation that the government actually profits from the death penalty via the sale of the deceased prisoners’ organs. And many, if not most, of those sentenced to death are the result of the country’s extremely harsh drug laws, among the most severe in the developed world.

Systematic persecution of minorities, including internment camps for Muslim minorities, labor abuses, and mass censorship, is commonplace, and the Chinese military machine has made no bones about its regional, and even global, ambitions.

In short, China is a Western liberal’s worst nightmare. And yet the American left has seemingly no desire to wake up.

A pivot toward the democratic-style socialism preached by Sanders, Ocasio-Cortez, and their fellow socialistas would further bankrupt an already debt-ridden United States, thus crippling the culture of innovation that has been the hallmark of America’s global dominance.

It was America’s free markets that created the environment and generated the revenue necessary to create the most innovative nation in the history of the world. From curing polio to putting a man on the moon to the creation and growth of the Internet, America’s technological leadership sprung forth from its capitalist foundation.

This same phenomenon is enabling China to close the gap; the Beast of the East is using its massive markets to invest heavily in technologies such as artificial intelligence and quantum communications that are critical to victory in the new Cold War.

America, on the other hand, is staring down a one-to-one debt-to-GDP ratio, a sobering statistic that was largely brought about thanks to America’s earlier dalliances with socialism.

Our most socialist programs to date, namely Social Security and Medicare, are little more than ticking time bombs that, when detonated, promise to finally sink America’s fiscal ship.

As Bradley Blakeman points out at foxnews.com:

Social Security, Medicare and Medicaid benefit millions of Americans, but are major drivers of our national debt, which has skyrocketed to more than $21 trillion. If every U.S. taxpayer was billed for an equal share of that debt, we would each be charged about $400,000.

Over the next three decades Social Security and Medicare alone are predicted to run $82 trillion, with a “T,” in the red, likely sealing our demise, and ensuring China’s rise, once and for all.

Our poor performance with socialist policies should come as no surprise given the go-West-and-make-your-fortune, pick-yourself-up-by-the-bootstraps culture that settled and, at least once upon a time, defined the country. America is a nation founded on rugged individualism, and socialism just doesn’t seem to be our thing.

But innovation is. And he who innovates wins.

Due to their enormous tax burdens socialist countries are historically poor innovators, while the world’s commercial giants such as the U.S., China, and Switzerland are consistently ranked among the world’s “most innovative” (socialist economies such as Finland occasionally aren’t far behind, though their inclusion is largely due to per capita accounting and the numbers of tech professionals, R&D spending, and the “quality of institutions,” not actual innovation).

For instance, despite having roughly 4.5 percent of the world’s population, America accounts for approximately 40 of the world’s top 100 universities and, according to a ScienceDaily breakdown of a report by the National Science Foundation, “attracts the most venture capital, awards the most advanced degrees, provides the most business, financial and information services, and is the largest producer in high-technology manufacturing sectors.”

From Apple to Google to Facebook to Amazon, America has commandeered the Information Age. But there is an entirely different era upon us, and should America choose to embrace the left’s latest economic fad rest assured the baton will be passed to a nation that has little interest in progressivism.

Reduced innovation stateside will be the death knell for American global dominance and, by extension, the red carpet for Chinese military, economic, and cultural expansion. Such an expansion would severely infringe upon Western liberals’ most treasured ideals.

But such logic is of little import to today’s far left, driven by a rabid millennial class largely ignorant of history, thus potentially dooming all of us to repeat it.

If Ocasio-Cortez, Sanders, and their ilk have their way, three decades from now an argument in some Chinese bar will be temporarily halted by a question along the lines of, “Imagine that America won the last Cold War.”