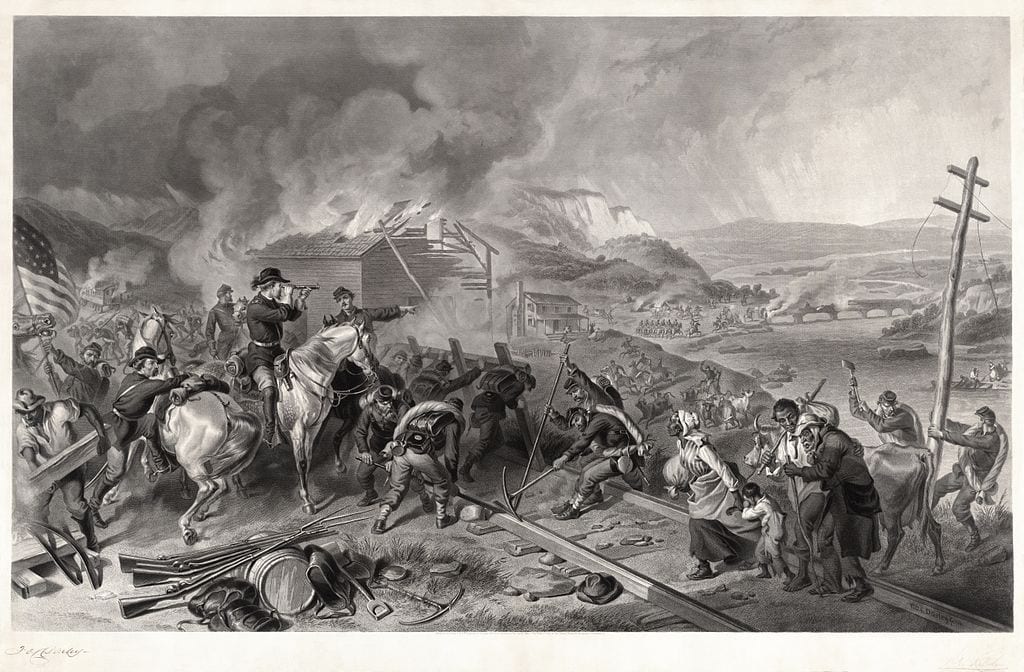 Slavery is evil. Virtually every American believes that. Even most foreigners, other than a few ISIS fighters who now are enduring the great beyond, almost certainly bereft of the 72 virgins they were expecting. However, there was a time when most of humankind accepted the practice. Even those ever so civilized Greeks and Romans, upon whose thought much of modern civilization rests, enjoyed lives made more comfortable by the labor of those in bondage.

Which means much of humanity is descended either from those who were slaves or who owned slaves. Few nations evolved untouched by the practice. Go back to the beginning of time and virtually everyone alive today probably should receive or pay — and perhaps both simultaneously — reparations. There is a lot of ancient injustice to redistribute.

But that’s hard to do at either the global or the national level. All those responsible for enslaving people far and wide are dead. All those who bought and sold people are but dust. All those who established legal codes allowing human chattel are long gone. Not a single perpetrator stands among us, ready to atone for his or her sins. (Other than those responsible for the occasional case of illegal captivity and coercion today.)

By the same token, there are no former slaves left among us. Millions upon millions lived and died as property. Most have disappeared without a trace. A few survive as faces in old photographs and names on old gravestones. However, they are well beyond our help today.

It is worth noting that timing matters. There was a moment when reparations were possible and justifiable. But it passed quickly. That is when slaves were freed. Surely they were owed for their forced “service.” However, to have asserted such a claim likely would have prevented or at least delayed their release.

The Civil War overcame that difficulty by forcibly ending the practice. So-called Radical Republicans advocated redistributing land of former masters to freedmen. Gen. William Tecumseh Sherman even settled former slaves on 40-acre plots of confiscated land. However, such limited steps were soon swept away by the politics of Reconstruction, when most seized lands were returned to their previous owners.

What to do today? Americans should have learned long ago that they cannot save the world. Fixing their own nation is hard enough, Moreover, rather than focusing on injustices of the past, our challenge today is to address unfair social and political practices, which prevent far too many people from taking advantage of manifold opportunities created by a generally wealthy and free society. Although we might disagree over the means, we should be able to unite around the end.

In another universe, maybe. There is much to criticize about a Republican Party which has abandoned a succession of principles, such as fiscal responsibility. However, the Democratic Party has decided to embrace its inner mental breakdown. Identity politics has rushed to the fore as candidates announce for the 2020 presidential nomination. One of the top ideas, which supposedly serious candidates are rushing to adopt, is racial reparations based on slavery.

Although packaged as a matter of justice, the candidates likely view it much more practically. Democrats long have worked to make people financially dependent on government. Here is yet another chance. Observed Dov Fischer on this site, “This latest madness is offered as a bald-faced bribe, a cash payment for votes, pure and simple. ‘Vote for me, and I will send you a check.’” Under these circumstances, who really cares how the program is designed? The objective is just to toss money at would-be supporters and voters.

However, imagine a genuine progressive reparations program. What would it look like? Dramatically different than what the politicians are talking about.

To start, who should pay?

No one who emigrated to America or is descended from an immigrant. No one descended from an abolitionist activist, Founding Father who opposed the slavery compromise in the Constitution, lawmaker who voted against slavery, Union soldier who fought against the Confederacy, citizen who voted for anti-slavery candidates, slave owner who freed his or her human property, or child in South or North when slavery was abolished. None of them is responsible for the institution and resulting harms.

Even where culpability is found, degree of responsibility should vary. Descendants of poor non-slave owners should be charged less than those whose ancestors were powerful and wealthy plantation owners. Those descended from proud and loud secessionist “fire-eaters” should pay double. Those whose forebears were soldiers who battled for the South since it was their home should face a lower rate than those whose fighting ancestors loudly applauded the “peculiar” institution. Those whose later descendants joined the Civil Rights movement should receive a discount.

To be truly fair, Washington should target foreigners as well, just as it routinely sanctions other nations. Owing big-time are the descendants of the Africans who captured and sold other Africans into slavery. Also those descended from Europeans who facilitated the trade with America. And those elsewhere whose ancestors helped create a global marketplace which sustained the institution for so long.

The result would be a fairly complicated tax system, but administrative complexity should not get in the way of a dramatic social justice breakthrough!

A bigger question, however, is who gets a check, and for how much? Descendants of slaves, of course. However, that doesn’t mean anyone with black skin. Immigrants from Africa and the West Indies would be excluded. As well as those descended from free blacks. And payments should reflect length of servitude. Some slaves escaped, were freed, or purchased their freedom. (Frederick Douglass, for instance.) To be fair, their payout should be smaller than for those who spent their entire lives as slaves.

Moreover, cash compensation presumes financial damage. For descendants that should be measured by comparing current wealth and earnings against those which descendants otherwise would have received. While one can argue — though it is difficult to prove — that those alive today, so many generations away from slavery, would be better off if their ancestors lived in America as free people, that is not the right standard. Absent slavery, their ancestors would have stayed in Africa. Which means today’s descendants almost certainly would currently earn less and possess less wealth (assuming they had avoided becoming casualties in the continent’s many conflicts and wars). Paradoxically, slavery, by bringing their ancestors to the more economically advanced nation of America, made them better off financially today. This does not justify slavery, of course, but destroys the case for reparations.

Slavery was an evil institution and its malign impact lives on. But financial reparations is not the right prism through which to view the issue. We all should celebrate the end of the horrid institution, but there is no justification to take from those who are not responsible for slavery and give to those who had no contact with slavery. Reparations might be good Democratic politics, but it is bad policy and fake justice.