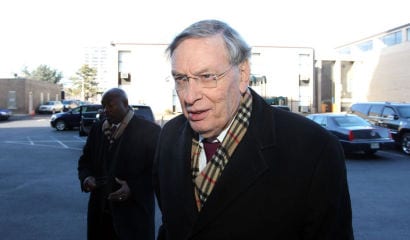 Last week, Allan “Bud” Selig announced he would step down as Commissioner of Major League Baseball after the end of the 2014 season. Selig has held the position since 1992, or 21 years, the first six of which he was actually Interim Commissioner. His interim status lasted longer than that of several of his predecessors and lasted nearly as long as the Clinton Administration.

So how did Selig manage to spend more than two decades on the job? It’s very simple – he was an owner. For many years, the public was under the illusion that the Commissioner was an independent figure. Consider what the late Marvin Miller, the longtime Executive Director of the Major League Baseball Players Association (MLBPA), wrote about the role of the Commissioner in his 1991 book A Whole Different Ballgame: The Sport and Business of Baseball:

It would probably still shock some of the most avid baseball fans to learn that commissioners are hired by the owners, that no one else has a voice in the process, that owners determine his duties and responsibilities, and that they decide his compensation and pay every penny of it. The owners decide whether the commissioner is representing their interests, and their interest alone in a satisfactory manner. If they decide, at any time, for sufficient (or insufficient) reason that he is not representing their interests, they fire him. All of that is hardly rare or unusual. What is startling is that, despite the facts, the mythology – the hoax – the lie that the commissioner is above the fray and is anything more than the owners’ designated spokesperson in limited areas continues in some quarters.

But there was good reason for this illusion. Consider the vocations of Selig’s predecessors – a federal judge (Kenesaw Mountain Landis); a U.S. Senator (“Happy” Chandler); a baseball writer (Ford C. Frick); a military man (“Spike” Eckert); a businessman (Peter Uebberoth); an academic (A. Bartlett Giamatti); and a corporate executive (Fay Vincent). Only Bowie Kuhn could be construed as product of MLB (he was an attorney for the National League prior to his appointment as Commissioner in 1969). This illusion was finally shattered once and for all when Selig became commissioner.

Selig brought baseball interleague play and instant replay, and linked the All-Star Game to the World Series. Most of the tributes we have seen praise Selig for maintaining labor peace for the past two decades. But Selig was as responsible as anyone for the conditions that led to the 1994 players’ strike, which resulted in the cancellation of the World Series. Baseball has had labor peace for two decades because of Sonia Sotomayor, not Bud Selig. In retrospect, Sotomayor might have been better suited to being Commissioner of Major League Baseball than Associate Justice on the Supreme Court.

But since Sotomayor isn’t likely to give up a lifetime sinecure, the question is who will become MLB’s tenth Commissioner. ESPN’s Jayson Stark believes the next commissioner will most likely come from among Selig’s closest advisers — newly appointed MLB Chief Operating Officer Rob Manfred, Tim Brosnan, MLB Executive Vice-President of Business, and Bob Bowman, CEO of MLB Advanced Media. If none of these are amenable to the owners, Stark suggests they might pick a fellow owner or a team president (i.e., San Francisco Giants CEO Larry Baer, Arizona Diamondbacks President Derrick Hall or Milwaukee Brewers owner Mark Attanasio). Something tells me the owners won’t tab Attanasio because that would make back to back to Commissioners from the Brewers. Such a move could very well brew discontent.

Whoever becomes MLB’s next Commissioner should have something that Selig always lacked – the respect of the fans. Every time I saw Selig get introduced at an All-Star Game or a World Series he would get booed. The best way to ensure this sort of spectacle doesn’t come to pass would be if MLB’s next commissioner were a former player. I doubt the owners would make such a leap of faith, but here are three former players with unimpeachable character who would help put baseball’s best foot forward.

Most people remember Joe Torre for managing the New York Yankees to four World Series titles in five years. Anyone who could handle the late George Steinbrenner’s volatility with such grace could handle just about anything. Torre has done it all in this game – manager, broadcaster, and player (including a National League MVP trophy with the St. Louis Cardinals in 1971). Since 2011, Torre has worked under Selig as MLB’s Executive Vice-President for Baseball Operations.

The Ryan Express won the admiration of fans with a fastball he kept blazing well into his ‘40s. That fastball, along with an equally devastating curveball, was responsible for an unprecedented seven no-hitters made him MLB’s all-time strikeout king and would earn him a plaque in Cooperstown. His toughness and ability to fight back also won him many fans.

Since 2008, Ryan has been President and CEO of the Texas Rangers. Under his tenure, the Rangers won back-to-back AL pennants in 2010 and 2011. Nolan Ryan has attained success in everything he has pursued. There is no reason to believe he wouldn’t be successful as MLB’s next Commissioner.

The Baltimore Orioles legend is best known for eclipsing Lou Gehrig’s consecutive games played streak and would not rest for 2,632 consecutive games. With a World Series ring and two AL MVPs under his belt, Ripken’s work ethic won him the respect of baseball fans everywhere. Off the field, Ripken has comported himself with soft-spoken eloquence. When Cal Ripken, Jr. speaks, people listen.

Again, I am under no illusions that the owners would actually choose a former player to be their spokesperson. Baseball could do much worse and probably will. But baseball, like America, will always survive the idiots who run it.