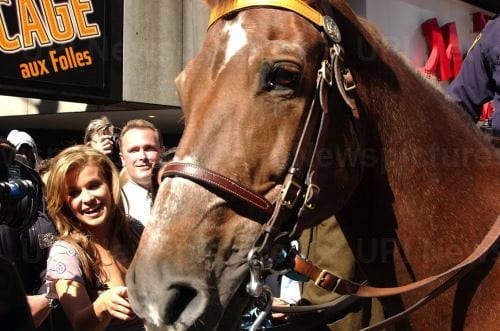 In a brilliant 1982 memoir of his career with LBJ, George Reedy, a key member of Johnson’s senatorial and presidential staffs, explained Johnson’s philosophy when he dominated the Senate:

He thought of the Senate as a workshop for resolving political, social, and economic problems rather than as an arena of conflict for contrasting ideologies. Therefore, he did not label senators as Democratic and Republican or liberal and conservative but as “work horses” and “show horses” (both pet phrases). He was equally at home with the conservative Republican Everett M. Dirksen and the liberal Democrat John O. Pastore — because both were ‘work horses.’ He was similarly uncomfortable with liberal Republican Jake Javits and conservative Democrat Frank Lausche, because both were “show horses.”

Obama had no legislative accomplishments to speak of during his brief Senate career. Rather, he saw the Senate as a platform from which to pursue his presidential ambitions. He relied on the power of his rhetoric — what the Bolsheviks called “agitation and propaganda” — to win him the White House.

Once installed in his Pennsylvania Avenue mansion, Obama has shown no interest in working with Republicans. His basic approach to governing has been to use Democrat majorities in the House and Senate to ram legislation down Republican throats. That, of course, is how he secured his “signature” achievement — Obamacare.

And when he lacks congressional majorities, he tries to do an end-run around Congress, and use Executive Branch agencies like the EPA to enact his agenda. This is how he plans to destroy America’s coal industry.

And when Republicans screw up their courage and put up a fight, he doesn’t try to reach a compromise. On the contrary, he deliberately exacerbates tensions, then uses the ensuing deadlock it to whip up popular hatred of Republicans. That’s how he’s handling the current government shutdown.

Obama-rule is very different from the model of presidential leadership that I studied way back when. I was taught that American presidents used their exalted office to build a national consensus around their policies. Such consensus-building took time, skill, and compromise, but the end result was that every “stakeholder” gained something, no one felt totally excluded, and the legitimacy of the process was universally (albeit grudgingly) acknowledged.

Under Obama-rule, however, there is no presidential consensus-building to speak of. There are only the president and his loyal followers spinning their tales, steamrolling their foes, and leaving huge swaths of the public excluded, embittered, and angry.

Still, Obama-rule has worked (more or less) so far, and if the president completes his second term with his legacy intact, it might well become the standard model of presidential leadership in the 21st century.

Under Obama-rule, the Senate’s primary function will no longer be to legislate. Instead, it will come to be seen mainly as an arena for political show horses to strut their stuff.

Whereas 20th century politicians like Johnson and Dirksen said little or nothing in their speeches, and conducted their most important business huddled behind closed doors, under Obama-rule presidential wannabes will studiously avoid closed doors, and conduct their most important business — speechifying — before as many television cameras as possible. The most effective demagogues will go on to represent their parties in the general elections, and the winner of these elections will work with his or her allies in Congress, the media, and the permanent bureaucracy to demonize the opposition and enact laws that half the country hates.

This is not representative government as Madison, Hamilton, and Jay envisioned it, but it is democracy of a sort. Whether our children or grandchildren are destined to live out their lives under Obama-rule depends in no small part, I think, on how the epic battle over Obamacare ultimately plays out.