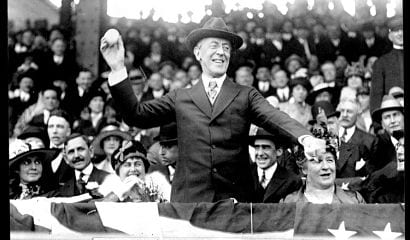 As with every season, my 2012 MLB Predictions were a mixed bag. That Texas Rangers-Miami Marlins World Series did not happen. However, I was dead on when I predicted the Boston Red Sox would finish in last place in the AL East with the hiring of Bobby Valentine as manager. I wrote, “The Red Sox collapse has only just begun and making Valentine the captain of the ship means they are accelerating towards the iceberg.” Unfortunately, for this Red Sox fan, I was right.

But 2012 is gone (and so is Bobby Valentine from the Red Sox). Now it’s time for another season of predictions.

O.K., the Yankees are starting the season without Curtis Granderson, Mark Teixeira, Derek Jeter and Alex Rodriguez and have a catching platoon of Francisco Cervelli and Chris Stewart. The absence of Raul Ibanez, Eric Chavez, and Andruw Jones weakens their bench considerably. But I’m not betting against the Yankees. The Grandy Man, Tex, Jeter, and A-Rod will be back. As long as they have C.C. Sabathia and Andy Pettitte at the top of the rotation, Robinson Cano batting cleanup, and Mariano Rivera pitching the 9th inning, the Yankees will find a way.

The Tampa Bay Rays will be competitive as always but will also fall just short. The Baltimore Orioles will come back down to earth while the Red Sox will rebound under new manager John Farrell. The result will be a tie for third.

I’m simply not buying the Toronto Blue Jays’ off-season moves. How can we expect Jose Reyes, Mark Buehrle, Josh Johnson, and Emilio Bonifacio do any better in Toronto than they did in Miami last season? Can we really expect R.A. Dickey to replicate his Cy Young form in the AL East?  And why on earth did the Jays hire back John Gibbons to be their skipper after a less than stellar stint between 2004 and 2008?

Look for the Tigers to repeat in the AL Central. With Victor Martinez returning to the lineup, Triple Crown winner Miguel Cabrera and Prince Fielder look that much stronger. However, I don’t think Rick Porcello will pan out as their new closer. Look for Francisco Cordero, Francisco “K-Rod” Rodriguez or Brian Wilson to come to the Tigers’ rescue in the 9th.

The last two seasons the Cleveland Indians have started out strong only to fade down the stretch. That won’t happen with ex-Red Sox skipper Terry Francona. Look for the signing of ex-Braves outfielder Michael Bourn to make the difference on the field to win one of two AL Wild Card berths. The addition of James Shields and Wade Davis will give the Kansas City Royals the other AL Wild Card.

The Chicago White Sox exceeded all expectations in 2012 but couldn’t quite reach the playoffs. This year will be a far tougher year on the South Side. Despite a resurgent Joe Mauer and Justin Morneau, the Twins will once again bring up the rear in the AL Central.

The addition of Josh Hamilton will make the 3-4-5 punch of Hamilton, Albert Pujols and Mike Trout even more potent than Cabrera, Fielder, and Martinez in Detroit and leave the rest of the division in the dust. Oakland cannot sneak up on anyone and Texas is losing its luster with the loss of Hamilton, Michael Young, and Mike Napoli. The Mariners can be grateful for the Astros moving from the National League for no other reason than to avoid another last place finish.

The Braves outfield is now the best in the game with the Upton brothers joining Justin Heyward. This gives them the edge over the Nationals, who will reach their second consecutive post-season with an NL Wild Card berth. The Phillies will put up a good fight but cannot overcome the Braves and Nationals while the Mets keep the Marlins out of last place.

This will be the tightest division in MLB, with the Pirates, Reds, Cardinals, and Brewers in a four way race for the division until the final week of the season. The Bucs will finally have their first winning season since 1992 and with it their first post-season appearance since ’92.

Meanwhile, the Cubs will lament the loss of the Astros and spend the year looking up at the rest of the division. The only bright spot at Wrigley this season will be first baseman Anthony Rizzo hitting 40 home runs.

After falling back in 2012, look for the D’Backs to regain their 2011 form and once again top the division. Meanwhile, Padres third baseman Chase Headley might not play a game until mid-May. But when Headley returns he will lead the Padres to the other NL Wild Card berth. Besides, I like saying Headley’s name.

The defending World Series champion Giants will have a let down season in 2013 as they did in 2011 following their 2010 World Series title.

Look for the Dodgers to once again underachieve. Since the Dodgers can’t get rid of Josh Beckett, Adrian Gonzalez and Carl Crawford, they’ll fire manager Don Mattingly in early June.

First year Rockies manager Walt Weiss will find it very difficult to win with the front office restricting starting pitchers to 75 pitches an outing. He might soon follow his predecessor Jim Tracy out the door in disgust.

Well, there you have it. I’m picking the Padres to win their first World Series. We’ll see how my predictions fare out in October.