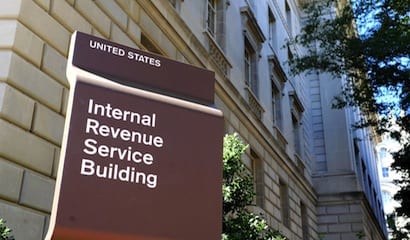 After clashing in court with a powerful Virginia environmental group, farmer Martha Boneta faced a second threat: an ominous U.S. Internal Revenue Service audit notice she received in the mail.

Boneta suspects the events are related, that her struggle to protect her property rights is part of a larger national story involving IRS harassment of conservative groups seeking tax-exempt status. A former IRS commissioner who serves on a council that has sparred with Boneta over her property said the concerns are unfounded.

“You are humbled and terrorized by the whole process,” Boneta told Watchdog. “You wake up every day with a terrible feeling, and initially you don’t want to tell anyone what has happened. But as I gradually began to speak out, more people began to join with me. Anyone who is a farmer, or a concerned citizen, has a stake in this fight. But I came into the process very reluctantly.”

As Watchdog previously reported, Boneta’s name is now synonymous with the fight for property rights in Virginia. The Boneta Bill (House Bill 1430), which is designed to strengthen and clarify the state’s Right to Farm Act, passed the House of Delegates in a 77-22 vote in February.

The legislation was later blocked in the Senate Agriculture Committee in an 11-4 vote, but Delegate Scott Lingamfelter, R-Woodbridge, has vowed to reintroduce the bill next year.

Inside the barn on her 70-acre property in Paris, Virginia, a small rural village in Fauquier County, an hour’s drive west of Washington, D.C., Boneta told Watchdog the IRS notice followed a fight that began when the Piedmont Environmental Council began working with county officials to rezone her property. PEC officials threatened to sue Boneta in 2009 for a variety of supposed violations before focusing their complaint on the presence of an apartment on the property.

Boneta and PEC settled in 2011, but by then, Fauquier County planners, prompted by PEC, had changed zoning laws to specifically ban Boneta’s sale of fresh fruit, vegetables, beverages and homemade handicrafts from her on-site farm store. That change led to the Boneta Bill.

It also led, in April 2012, to county citations against Boneta – each a claim that Boneta was violating the county’s planning ordinances.

Then came the IRS notice saying that Bryon C. Jose, an IRS agent based in Fairfax, would audit Boneta’s 2010 and 2011 tax returns. Boneta calls that time frame “highly suggestive” because it coincides closely with the heavily publicized litigation concerning the operations on her property.

Boneta asserts the IRS audit is the latest event in a “coordinated effort” aimed at forcing her off her farm.

It’s not just timing that makes Boneta suspicious of the IRS audit, or even the fact that the audit asks for information that was key to the lawsuit PEC filed against Boneta. It’s the presence on the PEC board of directors of Margaret “Peggy” Richardson, a Clinton-era IRS commissioner.

Richardson dismissed the idea that Boneta’s audit is the result of a coordinated effort, but said she understands why Boneta and her supporters see a connection.

“I could understand, given the external climate, that people might think there is something amiss,” Richardson told Watchdog. “I think that’s a stretch, but I understand why people might feel this way.”

While it may be difficult for people in Fauquier County familiar with the Boneta case to believe the IRS audit is a mere coincidence, this is very likely the case, Richardson said.