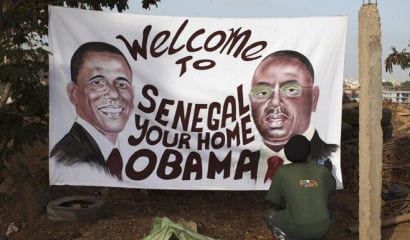 The joke used to be that the way to tell Bill Clinton was lying was if he moved his lips. The updated version should go something like this: the way to tell Barack Obama is being truthful is when he curls his lip. Obama, as our first sneering President, reveals a lot about his true self when he answers questions scornfully. One thing you cannot fake is a sneer.

For example, nobody describes rural Americans as bitter people clinging to guns and religion (i.e. the upscale version of “creepy-ass crackers”) who really regards them with deep-seated affection and profound respect.

When reporters asked President Obama if he plans to go to great lengths to secure Edward Snowden’s extradition to the United States to answer federal charges, the Executive sneer was on full display. “I’m not going to be scrambling any jets to get some 29-year-old hacker,” he replied.

This is one of those supremely nasty comments that drips so much venom the toxicologist does not know where to start. The “hacker” slam is interesting in its own right. Remember, this is the man who compared alternative fuel skeptics to acolytes of the Flat Earth Society. He decried those primitivists who create a false schism between religion and science over stem-cell research. Why, this man is the avatar of the vanguard, the paragon of progress! Did I really hear him scoff at a master of technological skill as a “hacker”?

But that ox he’s goring is not mine, because my own computer savvy is pretty much limited to word processing and email. The President can hack away at hackers without raising my hackles. The part that gets a rise out of me is this business of Snowden being 29 years old. That bothers the heck out of me, and not just because I recently celebrated my 29th birthday for the 26th time. In fact, I think Mick Jagger agrees with me and he is already at 29 plus forty.

Look, folks from my generation came of age in the 1970s. We thought of ourselves as first and foremost a youth movement. We were pushing back against the world of old stuffy men in suits who think they know all the answers. We were prepared to acknowledge — well, maybe not right away, but sometime around 1990 — some degree of accrued wisdom in our elders, but we did not accept their right to mold society and culture in their image.

Largely because of the energy we generated, it became possible for much younger people to have a much larger impact. People like Bill Gates and Steve Jobs were able to put a new face on human endeavor, redirect the flow of information and redefine how wealth was created. An inspired individual like Mark Zuckerberg was able to carry that torch forward as well. Come to think of it, Zuckerberg is exactly 29 years old.

Amazingly, Obama the Young Turk has turned into Obama the Old Codger. He has gone back four decades and landed smack dab on the wrong side of the Generation Gap. He is defending government snooping, trampling on the right to privacy, mocking the sanctity of the citizen’s person, the citizen’s speech, the citizen’s home, the citizen’s association of friendship and family and marriage… and whoever thinks otherwise is just some punk kid. Only some irresponsible 29-year-old loser does not appreciate the necessity for the President to be a fly on the wall every time he says “I love you,” to make sure he never says “I hate you.”

This is why a liberal icon like Mick Jagger did not hesitate to give President Obama a jab at the Rolling Stones concert in Washington, D.C. the other night. He told the crowd: “I don’t think President Obama is here tonight… but I’m sure he is listening in…” It is hard to blame Jagger for wondering why we fought Nixon and Mitchell and Hoover in the 1970s only to get more of the same from Obama and Holder and Clapper in the 2010s.

So I appeal today to all my middle-aged contemporaries and even to those with Jagger’s seniority. It is time to show solidarity. Today we are all 29 years old. It is time to stop being passive pawns of an intrusive, obtrusive government, this collection of nagging parents insisting it is past our bedtime. It is time to bring back our old slogan: NEVER TRUST ANYONE OVER THIRTY!