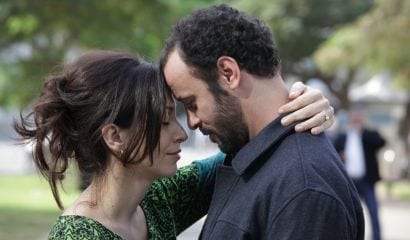 More Politics
Sign Up to receive Our Latest Updates!
Register
Hot Off
The Press
Laughing Matters
Progressives’ Roe Reaction Proves We’re Surrounded by Idiots
by Itxu Díaz
The Current Crisis
How We Got to Roe v. Wade — and Beyond?
by R. Emmett Tyrrell, Jr.
Constitutional Opinions
Praying Coach Wins Supreme Test in String of Religious Liberty Wins
by Tom Raabe
Hither and Yon
It’s Time to Break the Deplatforming Ticket App Eventbrite
by Scott McKay
Flynn Files
Who Killed Roe and Why Did It Take So Long?
by Daniel J. Flynn

As a “powerful influential member of the media” — to borrow the felicitous Limbaughian formulation — I get invited often to screenings of new films. I try to decline politely enough to keep the door open for the rare occasion it seems important enough to pursue. Recently the Miami Film Festival sent me a pass to a special showing of The Attack, the film by Ziad Doueiri. Knowing that the film had been banned in Arab countries and that Doueiri had been threatened with arrest if he returned to his native Lebanon, I thought it worth checking what all the fuss was about.

As an added feature of this special viewing, the director joined us afterward via Skype from his hotel room in Paris. His manner was absolutely delightful, irresistibly engaging. He answered every question put to him with total candor. Among other things, he explained that the funding for the project had come from the Dubai government’s ministry of culture. When it was completed, the liaison from Dubai came to the cast party and called Doueiri aside: “How much will it cost to get our name off this thing?”

Apparently they were picking up the first indications of Arab blowback. Although he was taken aback by the request, Doueiri quickly found his bearings in the new reality and, he assured us, collected a handsome price for wiping the Dubai fingerprints off the scenes of the crime.

The film itself is a must-see, although I confess I experienced it differently than others will. Because it is half in Hebrew and half in Arabic, most Americans will be glued to the subtitles throughout, whereas I could follow the Hebrew parts directly. It tells the story of a Palestinian doctor in Tel Aviv, who is widely respected in Israeli society. As a citizen he is an equal; as a professional he is of the elite. He works at a top hospital for a nice salary and owns a beautiful home in an upscale neighborhood.

He is married without children to a beautiful Lebanese woman who grew up in a wealthy family and who dresses in Western style as he does. Their existence is bourgeois and opulent, relieved from the sin of indulgence only by his saving lives as a career. Like many husbands in that situation, he fails to notice his wife battling the spiritual void of being a taker, not a giver.

Her solution for ennui does not involve his participation. Events overtake him and he finds himself facing the police, interrogated about her activities. Here is where the movie becomes derivative, imitating the much-used Le Carré plot device of having the husband try to walk in his wife’s footsteps to travel her path to radicalism. After his interrogation scene straight out of The Little Drummer Girl, our doctor becomes Ralph Fiennes in The Constant Gardener.

The lack of novelty in plotting does not hinder this fine piece of work. We get to see up close how warmly Israelis will embrace Palestinians if they take the educational and social steps into the heart of the culture. At the same time, the resentment by less accomplished Palestinians of these perceived strivers is a phenomenon that resonates here strongly.

When our hero goes over to check out the dark side, we meet a lot of angry and self-righteous hotheads, some low-key collaborators and enablers, even a sympathetic priest with an anachronistic flavor of 1980s Liberation Theology. All in all, it offers a compelling survey of the players and their motivations. In the moment it will make you do a lot of feeling; in the aftermath it will make you do a lot of thinking. And that, I venture to say, is what the medium of film is meant to achieve.

The quibbles are fairly small. The police captain looks and acts too much like Kojak. The English subtitles are not artfully done on the Hebrew side (I can’t judge the Arabic), more like an Israeli who knows English than an American who knows Hebrew. One small example: when a violent event occurs at a birthday party, the word “birthday” is not translated, eliding an element as poignant in American culture as it is in Israel.

My one big disappointment: at the very end, after winning so much good will, the script tries to convince us that the Israelis really massacred Palestinians at Jenin, a long-debunked bit of propaganda. If this was intended to placate the Arabs, it did not work. It was filmed in Israel, so it must be poison. Ziad Doueiri, a long way from his Hollywood days as a camera operator on Reservoir Dogs and other major motion pictures, deserves our attention for this courageous effort.