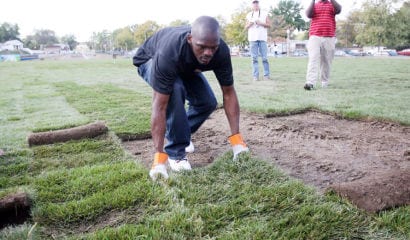 Recently I attended a dialogue on race relations at St. Louis University’s School of Medicine. St. Louis, it should be noted, is a city split roughly fifty-fifty between blacks and whites. One speaker, an African-American criminal justice professor, began his remarks with something of a confession:

I tell young black city kids to stay in school, to go to college. It’s the only way to get out of the ’hood. But that is the wrong message. If we encourage all the educated, successful African Americans to leave the city, who is left?

Though middle-class black flight has been a major urban problem for decades, it has been little noted. Perhaps because it confounds the usual narrative that white flight is about white racism, therefore black flight must be about … what exactly? This occasion was no different. The subject was quickly dropped in favor of a less controversial discussion about the divide separating black north St. Louis from white south St. Louis. Here, too, the speakers managed to swerve uncontrollably around the obvious: that the north-south divide is more economic than racial. Besides, south St. Louis is also divided, between the die-hard middle class whites in southwest city, and the poor whites, poor blacks, Hispanics, and hipsters in the blighted southeast city.

What St. Louis and other rust belt cities lack are African-American professionals, most of whom have fled to the suburbs to escape crime, drugs, and bad schools. They also lack the African-American equivalent of urban pioneers and hipsters, i.e., zealous, educated young men and women who flock to the city for the gritty romance, the likeminded misfits, the charming architecture, or the challenge of rebuilding what has been lost. What Black St. Louis lacks is economic diversity.

When President Obama spoke last week about the killing of Trayvon Martin he spoke of pursuing a “long-term project” of thinking about how to bolster and reinforce African-American boys. “This is something that Michelle and I talk a lot about,” he said. “There are a lot of kids out there that need help, that are getting a lot of negative reinforcement.”

A FEW YEARS AGO a middle-class black family moved next door to me on a high-crime, inner-city street. In order to keep their two boys away from negative influences our neighbors kept the boys indoors at all times. Their boys were not allowed to play with the neighborhood kids, and they certainly were not allowed into their homes where they could be exposed to drugs, guns, pornography, drunkenness, foul language, abuse, and all the normal trappings of the underclass. As soon as they were able, the middle-class black family moved away. Eventually, a hipster couple bought their home, and the cycle continues.

President Obama was correct in saying “Trayvon Martin could have been me 35 years ago.” Like every race blacks are often stereotyped, sometimes maliciously, sometimes not. The African-American president of a major metropolitan bar association once told me that one day as he was cutting his suburban lawn an older white gentleman, mistaking him for a gardener, asked if he could cut his grass too. He was able to laugh it off. But when this well-to-do lawyer was followed through shops by Korean grocers he was understandably hurt and angry.

The successful lawyer had grown up in the ghetto, joined a gang, was wounded in a shooting, played high school basketball, received an athletic scholarship, and eventually graduated from law school. Somewhere along the way he listened to those teachers and ministers who told him to stay in school, go to college, and get out of the city. Who can blame him?

Yet, I am convinced that the only way to help young men like Trayvon Martin is to counteract the negative reinforcement of the ghetto. That means finding smart, successful blacks to return to the city. I am still waiting for Mr. Obama to say something about that.