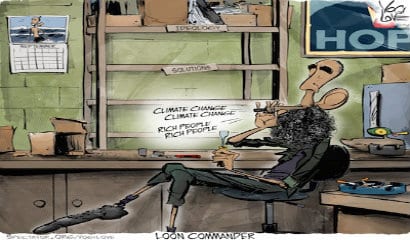 Jeremy Lott’s recent article (“Stranger in a Mormon Land,” TAS, July-August 2013) is certainly thought-provoking, but not always thoughtful. The only “keeper” was the insight describing how a Jew might think and feel when attending a Christian church for the first time. The remainder of the article is not terribly informed and makes the too-common mistake of focusing on differences instead of similarities among religions. (It is bad enough we hear so much Mormon-bashing in the dominant media; I expect more from a writer for one of my favorite magazines.)

It is not quite clear what we are to make of your response to the Mormon who said, “If you pray about this….” The flippant “Yeah, I’ll get right on that,” is downright disrespectful, if not arrogant (surely arrogance is not a typical characteristic of Catholics?). Your other “theological brickbats” don’t serve a useful purpose either.

Can only one of the Christian sects be right? Of the five major world religions—Christianity, Hinduism, Islam, Buddhism, Judaism—can only one be right, or even worse (as some atheists contend viewing the plethora of beliefs), are none?

You might want to look at an excellent set of video tapes and companion book by Adam Hamilton, “Christianity and World Religion,” which not only provides excellent overviews of the above five, including their differences and similarities, but makes the following cogent point: If we believe that God desires to work through all peoples in all cultures throughout the world, then we should use that belief to find common ground with others.

We should note that the primary differences in the various religions and their sects can be attributed to different concepts of God and different views about what happens to us after death (and there is no reason why we shouldn’t acknowledge those differences in discussions with those of other faiths). The major overlaps are in how each religion informs believers to treat other people, and there we can find common cause with others.

For example, John Wesley, the founder of Methodism, elaborated on the great commandments to give us guides for daily interactions with our fellow humans: a) as a rule, do no harm, intentionally or unintentionally; b) look for opportunities to perform acts of kindness and service to others; and, yes, c) proselytize (but as Francis of Assisi said, “Preach the Gospel always, and if necessary use words”). These are common themes among the five major world religions.

Perhaps to a Catholic, Mormon beliefs and rituals do seem weird. But if I had to choose between the two, Mormon practices strike me as preferable and Mormons on the whole much more welcoming.

As a longtime subscriber of The American Spectator and a member of the Church of Latter-day Saints, I was disappointed to read Jeremy Lott’s article regarding his visit to a Sunday “Mormon” church event. Naively expecting to read an objective analysis of Mr. Lott’s experience that Sunday, instead I found that his attitude, as reflected in his writing style, was prejudicial from the beginning. He found what he was looking for and produced a shallow and dismissive product with a snide little ending. Surely the many faithful members of the Latter-day Saints Church should expect better from such an influential magazine.

Henry Vanderlaan
Via the Internet

Tone is in the ear of the beholder, but readers should know the article enjoyed a positive reception among most Mormons who commented on the Internet. I wrote about theological differences because those differences are interesting. Mormonism is based on revelations by Joseph Smith that mark Latter-day Saints as right and all other churches as wrong. That supersessionism continues to be a very important part of the religion today, even as Mormons stress their similarities with other believers. Moreover, I reached this conclusion by actually going to a Latter-day house of worship one Sunday and listening attentively to what Mormons had to say.

To give you the benefit of the doubt, I will assume your brilliant juxtaposition of “Hannah and Her Friends” to “Eugenic Abortion 2.0” (TAS, May 2013) was intentional; the hideously deformed souls described in the first article gave me much keener insight into the second article’s exploration of the ethical dilemmas posed by improved prenatal diagnosis of physical deformity. Without divine guidance, human ethical reasoning comprehends what is seen but misses what is unseen. Progress in prenatal ultrasound and genetic testing affords a better grasp of physical abnormalities, but the person growing in the womb has something else, something invisible to the cleverest diagnostician or ethicist; the unborn child also has a soul. Some children may never attain walking, talking, or self-care abilities, but the souls of such children often lack the deformities that make “normal” souls so hideous.

Our family is blessed with a little one of this sort. Though he is 5 years old, I have yet to see him angry, proud, vengeful, or greedy, but every day his radiant soul shines through his smiles and hugs. His ultrasound prepared us somewhat for the challenges he presents, but it gave us no warning of the overwhelming joy he brings to our lives. Our limited experience suggests that eugenic abortion promises a world of perfect physical specimens with perfectly wretched souls.

Ross Kaminsky quotes David Harding, manager of a British hedge fund (“Three Cheers for Tax Avoidance” TAS, July-August 2013), as saying on a BBC Radio program, “the overall knowledge that we’ve paid lots of tax is part of my strategy for feeling good about myself…good-ish.” I do not know British law as to corporate governance, but the same statement would be a confession of criminal wrongdoing if made by an American corporate officer. I can see no difference between paying unowed taxes to make oneself feel good and using corporate funds to build a swimming pool or tennis court at one’s private home to make oneself feel good. Both actions appear to me to violate a corporate officer’s fiduciary duty to the investors and bondholders of the corporation.

Senators Levin and McCain seem to me to be encouraging criminal behavior by corporate executives and they should be called on their misconduct.

John Adams
Via the Internet

Jonathan Aitken’s obituary of Margaret Thatcher (“We Have Her Example,” TAS, June 2013) was outstanding, and did credit to that great stateswoman.

Unfortunately, it gratuitously included the ethnic bigotry of the author, which I doubt the Lady would have shared. He refers to “…the instinctive German desire to dominate Europe.” The well-educated Lady was fully aware that more than 2,000 years of German history, beginning with centuries of Roman conquest, cannot be judged by a decade of Adolf Hitler’s dictatorship, nor by a previous war unintentionally caused by the rivalries of six empires, a war in which Germany was a latecomer. For centuries, a weak Germany without defensible borders was the chosen killing-field for wars among her neighbors all around. Are French instincts still judged by Napoleon? Amazingly, after his genetic slur against Germans, the author goes on to attribute to Lady Thatcher the same “instinctive” desire to dominate, “to restore the past glories of Britain’s economic and military strength.” Worldwide, again?

What a shame that Aitken compromised the integrity of his article.

Hi, to quibble (“Gerry Ford at 100,” by Ben Stein, TAS, June 2013): First, about the “staggeringly” (sic) beautiful woman. Well, I’m 66, and you must be close to that—are you kidding? OK, she doesn’t know anything, but intellectual knowledge is the trash of the gutter, and if she knows that Jesus saves, then she’s in, period. Just so you know. Second, Gerald Ford: Didn’t he sign the Foreign Assistance Act of 1974? How do you overlook that? How do you forgive that?

Go ahead and correct me, it’s an honor.

Alan Towson
Via the Internet

I loved Quin Hillyer’s piece “Sweet Home, Alabama” (TAS, June 2013). As a recent college graduate of the University of Hawaii (Japanese and Chinese depts.), I am often asked if I plan to stay here or move home. Oftentimes people are quite surprised when I say my dream is to move back to my hometown in Alabama. Great weather and authentic Chinese food notwithstanding, Honolulu’s crowds, consistent lack of air conditioning, and high cost of living make it my second choice. But please, Mr. Hillyer, don’t sing Alabama’s praises too loudly—all the negative press from Hollywood and the political elite serves to keep unwanted tourists and Yankees away. I mean, just look at what happened to south Florida when the word got out.

Cornelia Lynn Selman
Via the Internet