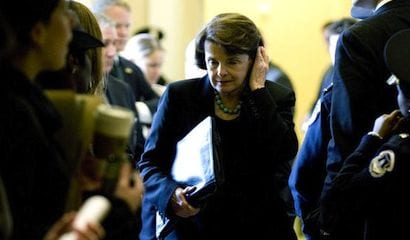 Canadians are all too familiar with gun registries. In 1995, the Liberal government of Jean Chrétien passed the Firearms Act which established the Canadian Firearms Registry. It was a white elephant plagued by cost overruns in the hundreds of millions of dollars and was the target of frequent criticism by Sheila Fraser, Canada’s former Auditor General. Noted conservative Canadian journalist Peter Worthington wrote, “Gun registry is little but an expensive, unnecessary, largely useless waste of time. Bureaucratic boondoggle aptly describes the program.”

The Conservative Party long vowed to scrap the gun registry when it came to power. Although Stephen Harper’s Tories ousted the Liberals from power in 2006, they did not have a majority in parliament until after the 2011 election. Last year, the Tories finally abolished the Canadian Firearms Registry. Shortly before the House of Commons held its final vote on the matter, Public Safety Minister Vic Toews told reporters, “It does nothing to help put an end to gun crimes, nor has it saved one Canadian life. This is simply an attempt to make people feel safe, rather than doing something substantive in criminal law.”

The Canadian Firearms Registry has become such an albatross that even Liberal politicians now want no part of it. Last December, Liberal leadership hopeful Justin Trudeau (the eldest son of the late Prime Minister Pierre Trudeau) said, “The long gun registry, as it was, was a failure and I’m not going to resuscitate that.” Trudeau’s main leadership rival, Marc Garneau (who is best known as Canada’s first man in space), made similar comments. “It’s gone now,” he said. “The Conservatives have killed it. Let’s move on to other things. It is not my intention to spend more money to bring it back.”

So if Canada doesn’t need a national gun registry, why do we?

If the Clinton-era ban on assault weapons couldn’t prevent the Columbine massacre, what makes anyone think that a national gun registry is going to prevent another Newtown? Come to think of it, there is a third thing that is accomplished by compelling law abiding gun owners to register their weapons with the federal government. By putting pressure to bear on law-abiding gun owners, it gives the appearance that the federal government is doing something about a social problem and thus justifies its existence. That doing something often does more harm than good almost never enters into the equation.

In which case, it is up to private citizens to help our elected officials cast their eyes north of the border. If Canada can survive without a national firearms registry, then so can we.