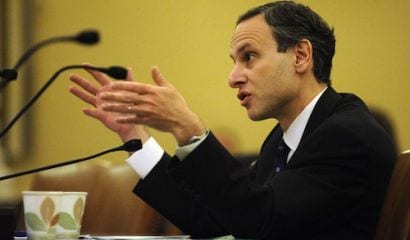 My attitude to the second Obama administration is captured in the old joke about Bertha who gets on the New York-to-Chicago Greyhound bus and asks the driver to let her know when they get to Cleveland. She keeps loudly reminding him every half-hour or so until he is ready to pull his hair out. But he comforts himself with the thought that at least he’ll be rid of her halfway to Chicago.

Sure enough, they finally get to Cleveland and he happily makes the announcement. Bertha thanks him but does not budge from her seat.

“Ma’am, aren’t you supposed to get off in Cleveland?

“No, I live in Chicago. But when we pass Cleveland, that’s when I take my heart pills…”

And that’s me being charitable, passing up the more obvious metaphor in the news of the cruise ship without a motor being towed to port with people starving, unkempt, and wallowing in sewage.

Yet the story which best expresses our ridiculous condition is the report on IRS payoffs to tax snitches in 2012. In 2011 they only paid out $8 million to Judas and Benedict Arnold and friends, collecting $48 million off that info, but the past year was a real bonanza: $125 million dollars were distributed in bounties, and the take to the exchequer was $592 mil!

It looks like Uncle Sam is really onto something here, with all the nephews and nieces at each other’s throats. I used to be proud that my daughters got the best baby-sitting jobs but now I fear their classmates may express jealousy and resentment by calling the revenue people to re-venue them into jail. Here in the suburbs cracking the babysitting racket could net billions for the Treasury. The teenagers of America are not paying their fair share.

There used to be a cultural bias against the informant. He would earn such cognomina of opprobrium as rat and squealer, merging the murine with the porcine far less amicably than managed by Mickey Mouse and Porky Pig. He earns too the titles of fink, snitch, traitor, and heel. For those schooled in lower mathematics there were the double-crosser and the four-flusher.

This attitude was shared alike by the genteel gentry and the gangland goonery. In one fascinating instance, G. Gordon Liddy of the Nixon administration was protected by the Mafia during his stay in federal prison, honoring him for not ratting out his confederates. In fact, on the day of his release, a mobster came by with an expensive new suit as a gift to celebrate his freedom.

The belief was that personal loyalty is a virtue in its own right, one which could admirably trump the claims of our broader affiliations. Surely the government can find ways to collect its duty without assigning me the duty of incriminating a friend. The courts cannot force a spouse to testify even against the wickedest murderer, and we extrapolate from that to any person we trust enough to share our confidences.

Now, with one out of six citizens collecting food stamps and nine million people less in the workforce than four years ago, we are beginning to find such fealty too onerous and expensive. As the pie shrinks, and the rhetoric of rage against the rich ramps up, the rats begin to gnaw, noisily exposing the silent G. It is every man for himself, and we quickly discover who is man or mouse.

This is all very sad and entirely unnecessary. The opportunities in this country could be limitless. Anyone should be able to get an education, get a job, get ahead. Instead we hear all day that the corporations which employ us are really predators and the oil companies which bring us fuel from the earth are actually sucking us dry and the pharmaceutical laboratories finding our cures are plying us with poison and pollution. In that environment, it is no wonder that I begin to see my neighbor as the enemy.

But we still have to laugh these four years away instead of crying. Here’s one about the guy who tells his boss there are three companies after his services but he feels obligated to offer his company first shot. The boss ups his salary a few thousand dollars and the employee stays after all.

“By the way, just out of curiosity, which three companies were after you?”

The fellow replies: “The gas company, the electric company, and the phone company.”