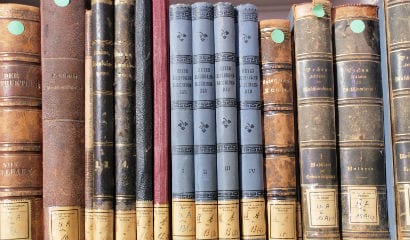 In his State of the Union address last month, President Obama proposed changes to preschool, high school, and college education, respectively. His proposals generated praise and condemnation from the predictable cheerleaders and naysayers. Some celebrated his efforts to expand early childhood education; others suggested that he should have focused more on the student loan crisis; still others, not to be outdone, pointed to school funding, teacher salaries, grading, standardized testing, technology, and foreign study as the pressing issues that he neglected to address with sufficient detail.

Everyone, it seems, has an opinion about how to improve American education from the top down. But positive change rarely happens through centralized design; it arises spontaneously through the interaction of human agents operating within and among social groups. The State cannot plan and then promulgate a proper education, and legislative enactments cannot reflect the mores and traditions of local groups with differing standards and expectations. The most prudent and humble proposals for improving education are not couched in statist, Platonic terms about civic education and human perfection; instead, they approach learning modestly, on the individual level. They entail the everyday interactions between teachers and students. They are not stamped with the approval of politicians, unions, think tanks, or interest groups.  They take place in the classroom, not the public square. A teacher anywhere, whatever his station, school, or background, can implement them in his course without disrupting the pace or provoking the ire of the educational establishment. The best of these, because it is so easily executed, is simply to teach what T.S. Eliot, and Russell Kirk after him, called “permanent things.”

The permanent things are the inherited principles, mores, customs, and traditions that sustain humane thinking and preserve civilized existence for future generations; their canonization in literary, philosophical, religious, and historical texts happened and is happening in slow degrees. We can trace the permanent things through curricula that emphasize the ultimate values of prosperous societies. An informed, laborious study of the perennial themes and archetypal patterns in what are variously denominated as the Great Works, the Western Canon, or the Classics can help us to organize and make sense of the permanent things. There are those who would object that this approach seems too hopeful and ideal. But no one has suggested it as a panacea, of which there are none, and anyway, is there a proposal that could be simpler, more straightforward, and more workable than assigning and discussing the Great Works?

As early as 1948, Eliot remarked that “there is no doubt that in our headlong rush to educate everybody, we are lowering our standards, and more and more abandoning the study of those subjects by which the essentials of our culture—of that part of it which is transmittable by education—are transmitted; destroying our ancient edifices to make ready the ground upon which the barbarian nomads of the future will encamp in their mechanized caravans.” It might be asked just who these barbarian nomads are and why we ought not to welcome their cultural practices and assumptions. The barbarian nomads could be, I think, any group lacking in historical perspective and mostly ignorant of the illuminating continuities that have guided our weightiest and most imaginative thinkers. The practices and assumptions of these nomads are not grounded in lived experience but aimed at utopian projects such as ensuring equality, creating fundamental rights, or eliminating poverty, and, to the extent that these practices and assumptions deviate from enduring norms, they cannot be said to have flourished ever.

To study the permanent things, on the other hand, is to consider the prevailing and profound ideas from certain times and schools in relation to other such ideas from various times and schools throughout successive eras. It is to map the course of perennial ideas to examine how they apply to different settings and generations. It is both sequential and diachronic in its approach. Its chief benefit is to put ideas into context, which is to say that it is to make us aware of our own presuppositions and perspectives that necessarily arise from our social, cultural, and historical situation.  Each thinker lives in his own specific era and place and cannot gain knowledge in a vacuum outside of time; our era and place shape the manner in which we think and restrict our ability to imagine conditions beyond our immediate and tangible experience.

This is not to submit that our ideas are determined for us, only that we enter into experience with certain perceptions that we have no control over. They are there because of the conditions present at the time and space in which we exist.  A sustained study of the permanent things will show us that our perceptions are not totally alien from those of our predecessors, although the respective perceptions are different. It also teaches us to compensate for our prejudices and to avoid thinking that our necessarily limited perspectives are unconditionally true and universally acceptable, even if they have verifiable antecedents. It reveals, as well, that schools of thought cannot simply be deemed later versions of earlier schools just because the two are in agreement about certain points. Finally, although we cannot escape those presuppositions that are embedded in our thought and culture, being alert to their probable existence can counteract their possible effect.

A rigorous study of the permanent things provides a lodestar for evaluating particular ideas against that which has been tested and tried before. Ideas that seem new always have traceable antecedents, and individuals equipped with a fundamental knowledge of the permanent things are able to situate purportedly novel ideas alongside their forerunners. These individuals recognize that change is not always progress; sometimes it is decline, deterioration, or decay. Only a sense of the continuities of history and thought can demonstrate the difference. Our political pedants in general and President Obama in particular insist on recognizing and implementing new institutions—homosexual marriage is only one example—as if a radical departure from historic standards and established customs is itself the mark of good and lasting policy. Yet the permanent things show that even the most exceptional thinkers, those who represent the spirit of their age, whatever that might have been or might be, are part of a greater tradition.

It may be true that to study a particular thinker’s cultural milieu and biography is requisite to placing his ideas into their proper context and to highlighting the unacceptable premises of his philosophy; nevertheless, cautious interpreters ought to consider whether his thoughts necessarily lead to certain consequences, or whether the events that seem related to his thoughts arose accidentally, apart from his philosophy. Put another way, the cautious interpreter must carefully consider causation: whether theories actually generate particular circumstances, or whether those circumstances would have come to pass regardless of what the thinker spoke or wrote. Mussolini, for instance, praised William James, but it does not follow that anything James said or wrote endorses or enables fascism. He who would suggest otherwise betrays an ignorance of James’s work. The permanent things can help us to distinguish the true forms and implications of an individual’s thought from their appropriations by hostile forces.

By studying the permanent things, moreover, we learn that we cannot achieve the proper education through mere funding; nor does the solution to schooling gridlock and setbacks come from student aid, dress codes, student evaluations, tuition, or whatever. These issues begin to seem fleeting and trivial to one with an historical sense. They are at most temporary struggles, and although they are important, as all struggles are important, we are not to subordinate liberal learning to them. The best way to achieve the liberal learning necessary to make important and meaningful distinctions about our complex world is, as I have suggested and as it bears repeating, through a holistic, painstaking exploration of the permanent things. This means not only reading the Great Works for their content, but analyzing them in light of their place in history.

The beauty of this approach is that anyone can carry it out; the wisdom of it lies in its civilizing effects. Whether one is a homeschooling parent, a public school teacher, the leader of a local book club, or simply a curious-minded autodidact, the permanent things are available to him in texts, waiting to be sifted through and analyzed. It is true that there is disagreement as to what constitutes a Great Work and by what criteria, but it does not take more than research and commonsense empiricism to discern which pre-twentieth century texts have withstood the test of time. Teaching the permanent things does not require a large-scale, bureaucratic, administrative overhaul. It does not demand central planning or the implementation of mass, curricular programs; it can be accomplished through decentralized networks of concerned individuals. If parents would teach their children, friends their friends, colleagues their colleagues, and so on, we would in the aggregate become a more literate, astute, and informed society. And as our politicians lecture us about our duties even as they demand our money, we can take comfort in the proverb that these things too shall pass.